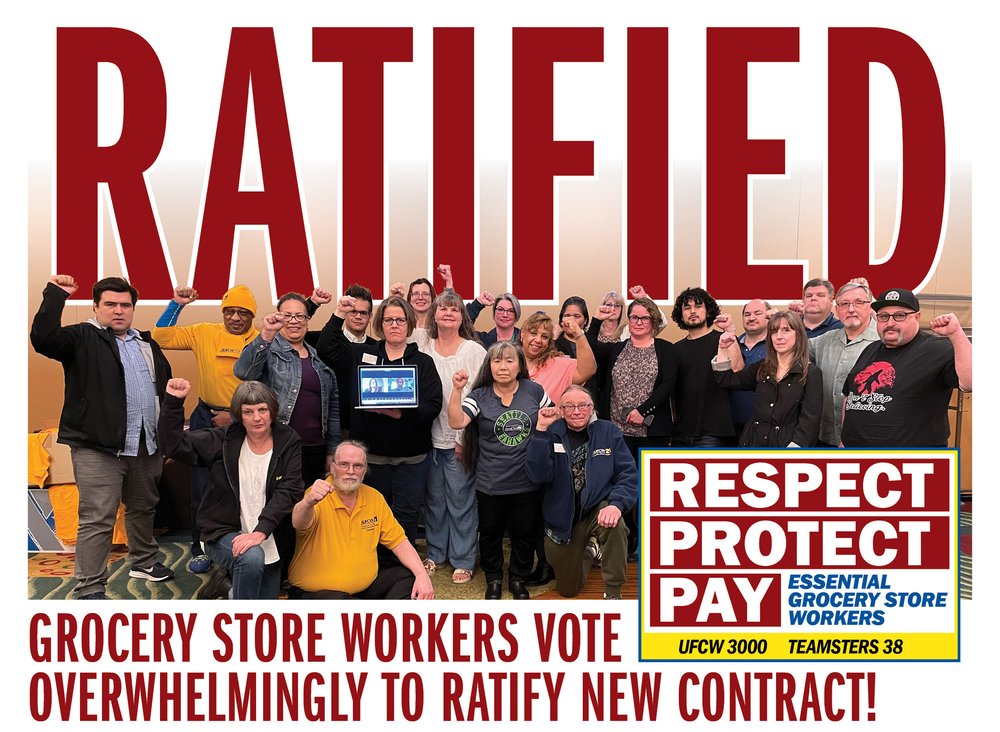 Thousands of Unionized Grocery Workers have voted to ratify a new three-year contract with six major chains in the Puget Sound region – and it came just one week before their current contract was set to expire.

The Workers were prepared to go on Strike - if they had to.

That’s what happened in Colorado in the dead of Winter.

Grocery Workers there were on Strike for 10 days.

And the Workers in Washington State believe that helped them make their case for what they say are life-changing raises.

Breshears was all smiles after thousands of her fellow Unionized Grocery Workers voted to ratify the new contract. “I never thought we’d get this much in my time.  I’m going on ten years with Fred Meyer and this is the biggest increase.”

But, she says they weren’t able to achieve such gains by themselves.

“Oh, no,” said Breshears. “UFCW Locals in Colorado and California, we all kind of came together and agreed on a set of core values that we were going to fight for as our contracts came up this time.”

UFCW Local 21 Spokesperson Tom Geiger says those paying the price during the Coronavirus Pandemic were the Workers themselves - so they sought to be compensated far better than in the past: “This contract is a big step toward being able to push those jobs back into a job that you can actually pay bills on, raise a family on.”

“That’s a great way to show your Employees that you value them,” said customer Aubrey Myers, “and you value the work that they bring to you and that you want to keep them.”

These Workers say they made great strides toward pay equity across departments and a stronger commitment to deal with safety issues.

To Read This Labor News Report In Its Entirety, Go To: www.kiro7.com/news/local/puget-sound-grocery-store-workers-approve-new-contract/UW3U7Z2YSZGA5KJULYPKC3OJDQ/

And For More, Go To: www.ufcw21.org/news/2022/4/29/grocery-store-workers-vote-overwhelmingly-to-ratify-new-contract