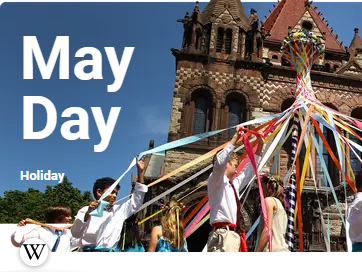 On the morning of October 6th, 1886, Albert Parsons, a native of Alabama whose Brother was a General in the Civil War, rose in a Chicago courtroom to make the last speech of his life.

He was facing his doom as one of the convicted so-called “Anarchists,” one of the “detested aliens” who had been seized in the police frame-up following an explosion on Chicago’s Haymarket Square during a Workers’ demonstration on May 4th.

He was going back over his life, telling the remarkable story of how the boy who ran with the Texas trappers and Native American traders as a kid grew up to become a leader of industrial strikes and an agitator for a new social system.

“The charge is made that we are ‘foreigners,’ as though it were a crime to be born in some other country,” he said. “My ancestors had a hand in drawing up the Declaration of Independence.  My great, great grand-uncle lost a hand at the Battle of Bunker Hill.”

His speech then took an edge of defiant bitterness.

“But I have been here long enough, I think, to have the rights guaranteed by the Constitution of my country,” he said.

Ringing up to the ceiling of the room which was to be his death chamber, the voice of this man - a Printer in the shop of The Chicago Tribune and a Labor Organizer after the early days of the frontier, became deep with exaltation: “I am also an Internationalist.  My patriotism covers more than the boundary lines of a single state.  The world is my country and all mankind my countrymen.”

Parsons was speaking against a force, a conspiracy that was determined to throttle him, and he knew it.

But why was the state determined to see him dead?

The demand for an eight-hour workday was sweeping over America at that time as workers demanded relief from the 12, 14 or even 16 hour days that were the norm.

On May 1st, 1886, hundreds of thousands of workers launched a General Strike - the first in the history of the United States - which saw demonstrations in all the big cities greater than anything America had ever seen.

But it was in Chicago where the movement reached its height.

There, a small core of class-conscious organizers and agitators helped rouse a militant spirit not previously seen.

In all, 70,000 workers shut down the plants of that roaring city.

At the head of the band of leaders stood the wiry and eloquent Parsons.

The campaign dragged on for several days.

Then on May 3rd, there was a bloody attack by the police against strikers at the McCormack Reaper plant.

Six workers had been shot in the back, with at least one killed.

A mass protest meeting was called to take place the next day at the Haymarket Square.

A peaceful rally took place that evening, with speeches from Parsons and other Labor Leaders condemning what had happened the night before.

A light rain began to fall as the meeting neared its end and most people began to head home.

Without warning, a force of some 200 Police Officers charged the square.

A fight broke out between the cops and the crowd, and then, suddenly, a bomb was thrown.

A number of Police Officers were killed by the explosion.

Volleys of police bullets then plowed through the terrified and fleeing audience, killing at least four workers and wounding scores.

To Continue Reading This Labor News Report, Go To: www.peoplesworld.org/article/may-day-made-in-the-u-s-a/