âWeâre Hearing From More Workers Than Ever Before That A Union Is What They Need To Get The Pay, Benefits, And Treatment On The Job That They Deserveâ - Hundreds Of Workers At Red Wing Shoe Facility In Missouri File Petition For Union Election 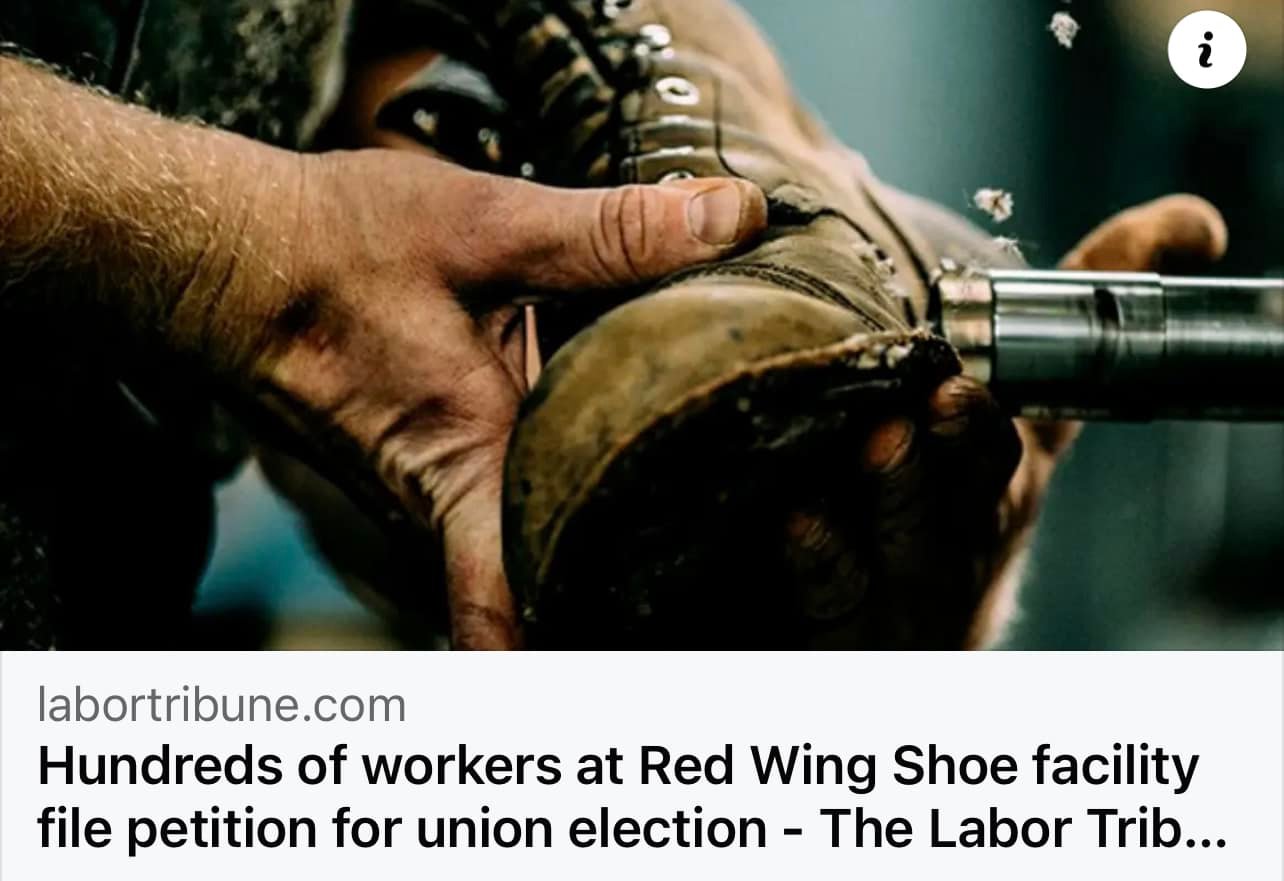 (POTOSI, MISSOURI) - Workers at a Red Wing Shoe facility in Potosi, Missouri have filed a petition with the National Labor Relations Board (NLRB) to hold a Union Election.

The Potosi facility has about 250 Employees working in shoe manufacturing.

They are currently working longer hours than ever due to mandatory overtime, with many Employees working 55-to-60 hours per week.

“We deserve time to spend with our families just like anyone else, but we’re working longer and longer hours with less time with our loved ones, it’s simply not fair,” Red Wing Employee Jenny Allen said. “We need to make a change.”

Employees also cited sub-standard health care benefits offered by Red Wing, with insurance benefits that often do not cover necessary prescription drugs and for many Employees, too expensive to even use.

Those same Employees were also galvanized when they learned their Union counterparts in Minnesota make a higher average wage and enjoy more affordable benefits and less grueling work schedules.

UFCW Local 655 President David Cook said that the petition is one piece of a clear Worker Movement across the country: “We are seeing more and more Workers fight to Unionize in Missouri and across the country.  We’re hearing from more Workers than ever before that a Union is what they need to get the pay, benefits, and treatment on the job that they deserve.”

It is the largest Private Sector Local Union in Missouri, representing some 8,500 partners throughout the eastern half of the State.

Their partners are employed in food stores (its largest single division), shoe manufacturing, packinghouses, distribution centers and a number of miscellaneous plants.