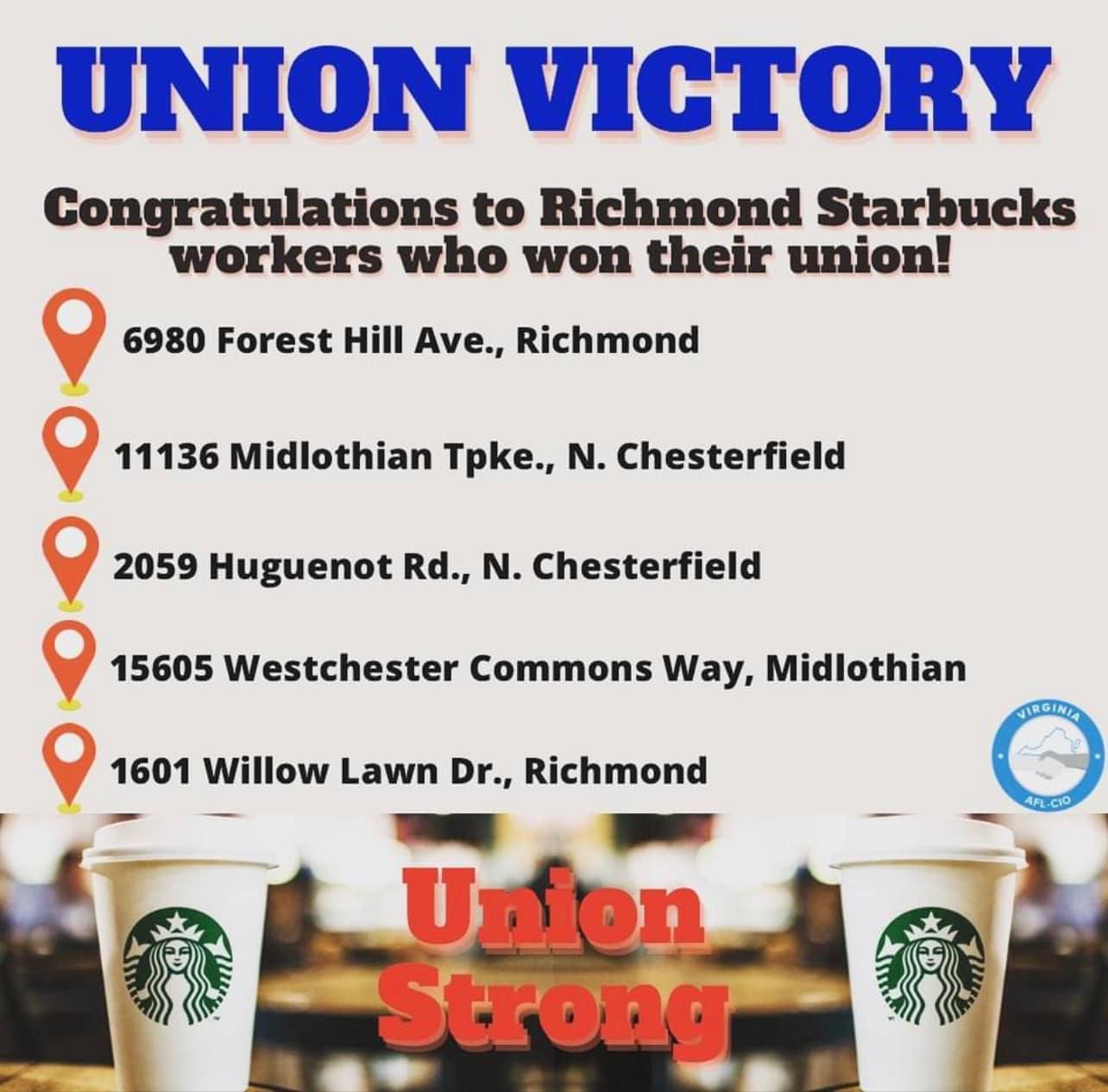 (RICHMOND, VIRGINIA) - Employees at five Starbucks Coffee Stores in the Richmond area have voted overwhelmingly for union representation as part of a nationwide effort to organize workers at one of the United States’ largest retail store chains.

Preliminary vote results counted by the National Labor Relations Board (NLRB) last week showed Employees at Starbucks at five stores in the Richmond area voted by a significant majority to Unionize - 82 in favor and 14 against, according to a tally by the Northern Virginia Labor Federation, which has been working with Workers United, a Philadelphia-based Union, to organize Workers at Starbucks stores.

“This is a growing movement and growing all the time,” said Virginia Diamond, who serves as the President of the Northern Virginia Labor Federation, an affiliate of the National AFL-CIO. “This is a generation of Workers that believes they can build a Labor Movement for the future.”

The majority vote among the five stores Was Significant, said Jillian O’Hare, an employee at Starbucks for almost four years: “This five-for-five yes vote shows that Richmond is a ‘Union Town’ and this is just the beginning and we are not going to let a corporation silence our voices. We are not going to let billionaire Union-Busters stand in our way.”