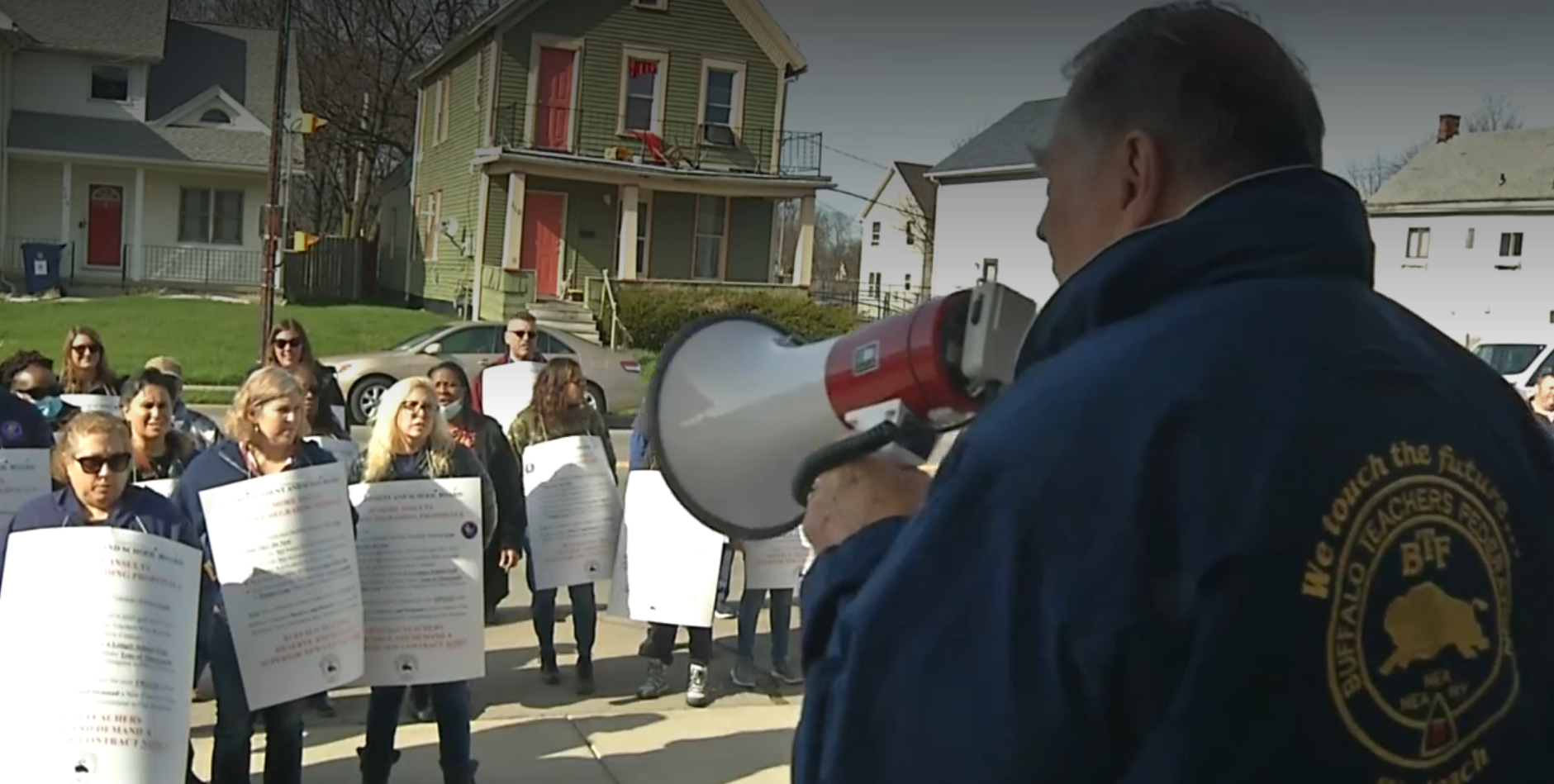 (BUFFALO, NEW YORK) - According to Buffalo Teachers Federation (BTF) President Phil Rumore, the Buffalo Board of Education is “sitting on” a surplus of $280 million to $300 million, $30 million to $40 million of which the Teachers’ Union helped the Board secure through its own lobbying efforts.

That’s why the nearly 3,900-Member Union is upset with what they describe are “degrading and insulting” contract proposals they’ve received from the Board.

Teachers are working under a contract that expired in 2017.

Before that, it took 10 years for Buffalo’s Public School Teachers to get a new contract with the Board of Education.

Speaking to WNYLaborToday.com after Wednesday’s (April 20th) rally that was held outside the Board of Education’s meeting, where Rumore spoke publicly of what Buffalo Public School Teachers are angry about, the BTF President said: “They’ve offered us ‘two zero’ (wage increases) and that our Members ‘pay (20%) of their’ health care.”

“(During the Coronavirus Pandemic, Buffalo Teachers) ‘did what they had to do.’  ‘And now, there’s a Teacher shortage.’  ‘How are you going to attract young’ Teachers, ‘let alone retain them?’  ‘Nowadays, kids don’t want to go into the Teaching Profession,’” he continued.

On March 24th, the BTF’s Executive Council unanimously passed a resolution (Which appears below and is available at: www.btfny.org/press/2022/negotiations_%20contract_proposals_420.pdf) stating the BTF will take all appropriate and necessary action to ensure Buffalo Teachers are provided with a new contract that reflects their continued commitment and dedication to students, parents and community.

The resolution also lists the lack of salary increases, which has irked Buffalo’s Public School Teachers.

“We ‘wanted the Board of Education to let them know that this is what they think of our Members,’” Rumore told WNYLaborToday.com. 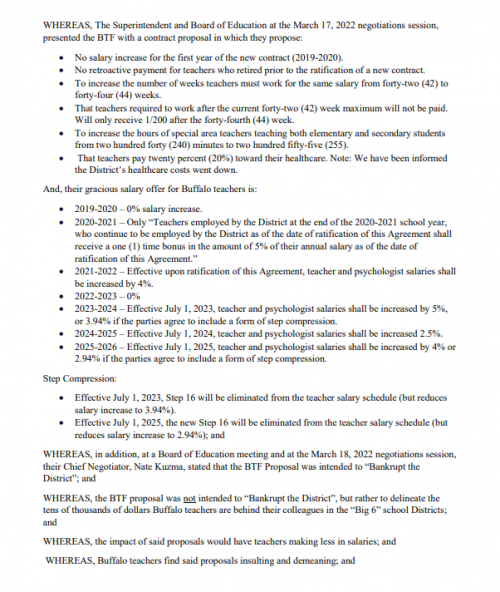 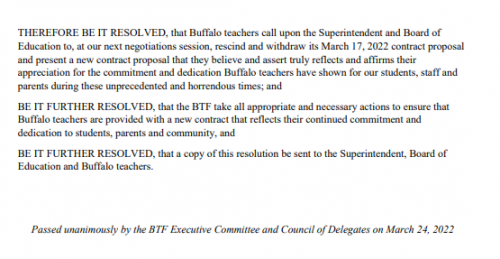 However, the BTF is optimistic a fair agreement can be achieved under the Buffalo Schools’ new interim Superintendent - Tonja Williams, who recently took over for former Superintendent Kriner Cash, under whom the new contract was being negotiated.

“We’re ‘hopeful (of movement) because of the new leadership at the Board’,” said Rumore, who added the two sides are slated to return to the bargaining table on Thursday (April 28th).

For More On This Labor News Report, Watch WIVB-TV’s Report: “It’s Annoying:” Buffalo Teachers Picket For New Contract Before Board Of Ed Meeting At www.wivb.com/news/education/buffalo-public-schools/its-annoying-buffalo-teachers-picket-for-new-contract-before-board-of-ed-meeting/