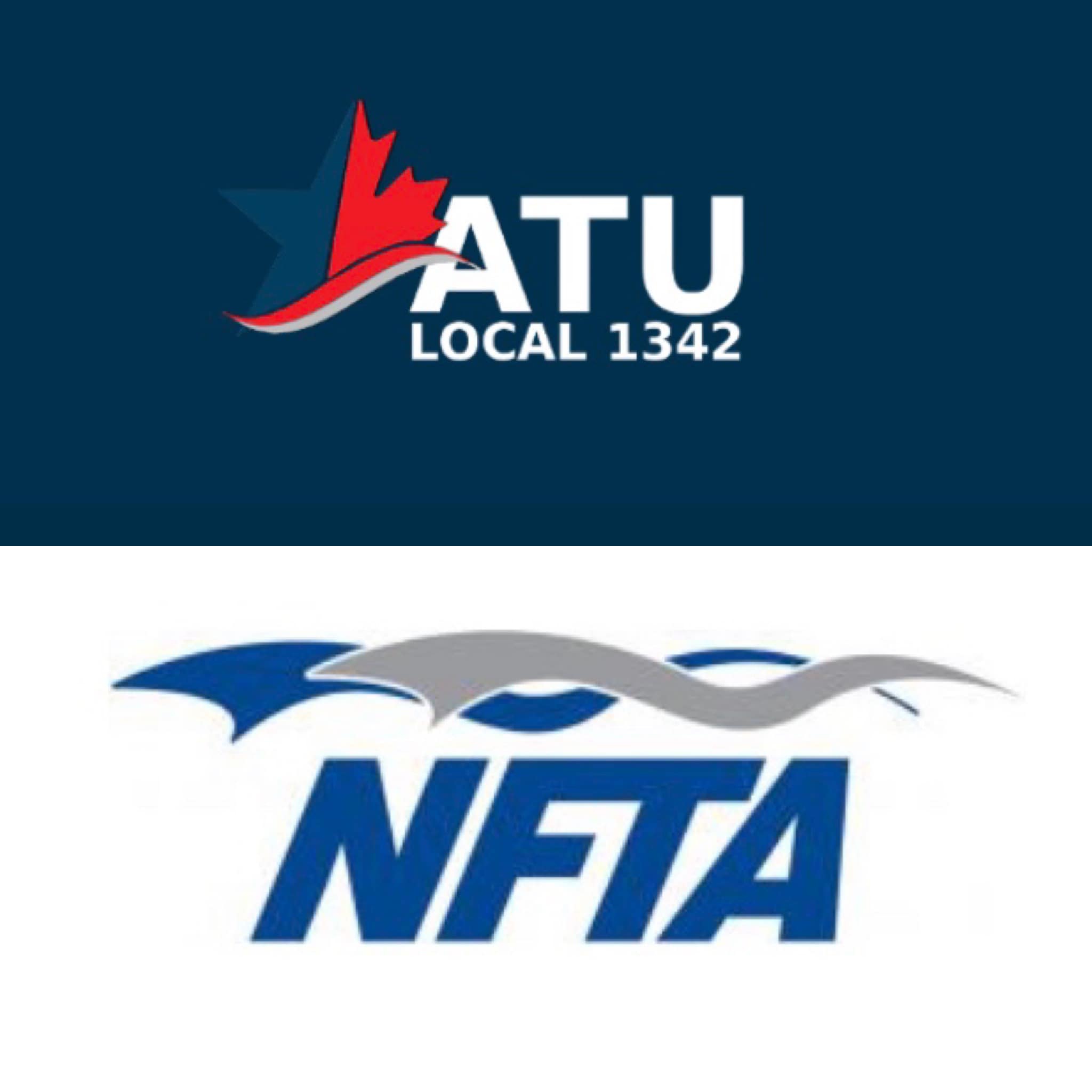 (BUFFALO, NEW YORK) – Described as “historic and life-changing” Members of Amalgamated Transit Union (ATU) Local 1342 have ratified a new three-year contract with the Niagara Frontier Transportation Authority (NFTA) that features retro pay, raises in each year of the agreement, an equity adjustment and a $1,750 bonus.

Local 1342 Membership ratified the agreement by a final vote of 563-to-101 earlier this week.

The Union represents 1,200 Workers at the NFTA, including Bus Drivers, Mechanics, Porters, Rail and Shop Workers, Tool Helpers, Training Representatives and those employed in the NFTA’s Clerical Department.

NFTA Commissioners will formally vote to accept the contract on April 28th.

The new deal comes after several months of some very public discussion on the lack of pay needed to attract qualified Workers during a labor shortage, the cutting back of service that resulted in an outcry from the local bus-riding community and a lack of respect for those essential Local 1342 Members who’ve worked throughout the COVID-19 Pandemic.

Speaking with WNYLaborToday.com, ATU Local 1342 President Jeff Richardson and Local 1342 Financial Secretary/Treasurer Ron Giza described the agreement as “historic” and quoted one of their Members who said the new contract with the NFTA was “life-changing.”

“It’s the ‘best jump (in wage increases) that we’ve ever had.’  Our Members ‘are excited and at the same time, (the increases) are getting them to stay (in their jobs and not move on to something better),’” Richardson said.  “‘We are here to serve, not to be served’ - and (85%) of our Membership (who voted for the contract) believed in what we did.”

“One Member ‘had tears in his eyes’ when he said (the pay raise) was ‘life-changing,” Giza told Your On-Line Labor Newspaper. “They (Local 1342’s Membership) ‘deserves’ it.  ‘They’ve worked through some very difficult times (including through the COVID-19 Pandemic) and they never waned.’  ‘They deserved (this contract) - hats off to our Membership.’”

Highlights of the new ATU-NFTA contract include: Retro pay back to April 1st (2022); A raise of 2.25% on April 1st (2022) from the previous contract; Raises of 2% in year two and 2.25% in year three of the agreement; An equity adjustment raise of 9% on April 1st (2022) for total of 11.25% - “Instantly,” Richardson said; Longevity increases on top of the raises, beginning April 1st (2022); A second longevity increase in year two of the contract; Additional bereavement time for the death of grandparents and grandchildren; Additional sick time; A $,1750 bonus for coming to work; Juneteenth added as permanent holiday; Defined Pension Plan - a 11% company contribution and 5% Member contribution was not touched; and there was no change to the Members’ employer-paid Health care coverage until 2024, when ATU Members’ investment will increase from 11% to 12%.

“A year was dropped off progression to get to top rate sooner,” Richardson added.

“(ATU President) Jeff (Richardson) ‘worked hard’ (with the Union Negotiating Team to secure this contract) ‘and if someone would have told me this is what we were going to get in the end – I never would have believed it,’” Giza told WNYLaborToday.com.

“It was a ‘team’ effort,” Richardson said.  “We ‘used a smaller’ Bargaining Team ‘and we worked well together.’  ‘We worked hard at it, seven days a week, working late into the night.’  (The NFTA) was ‘cordial’ (during negotiations) and the talks ‘were decent.’”