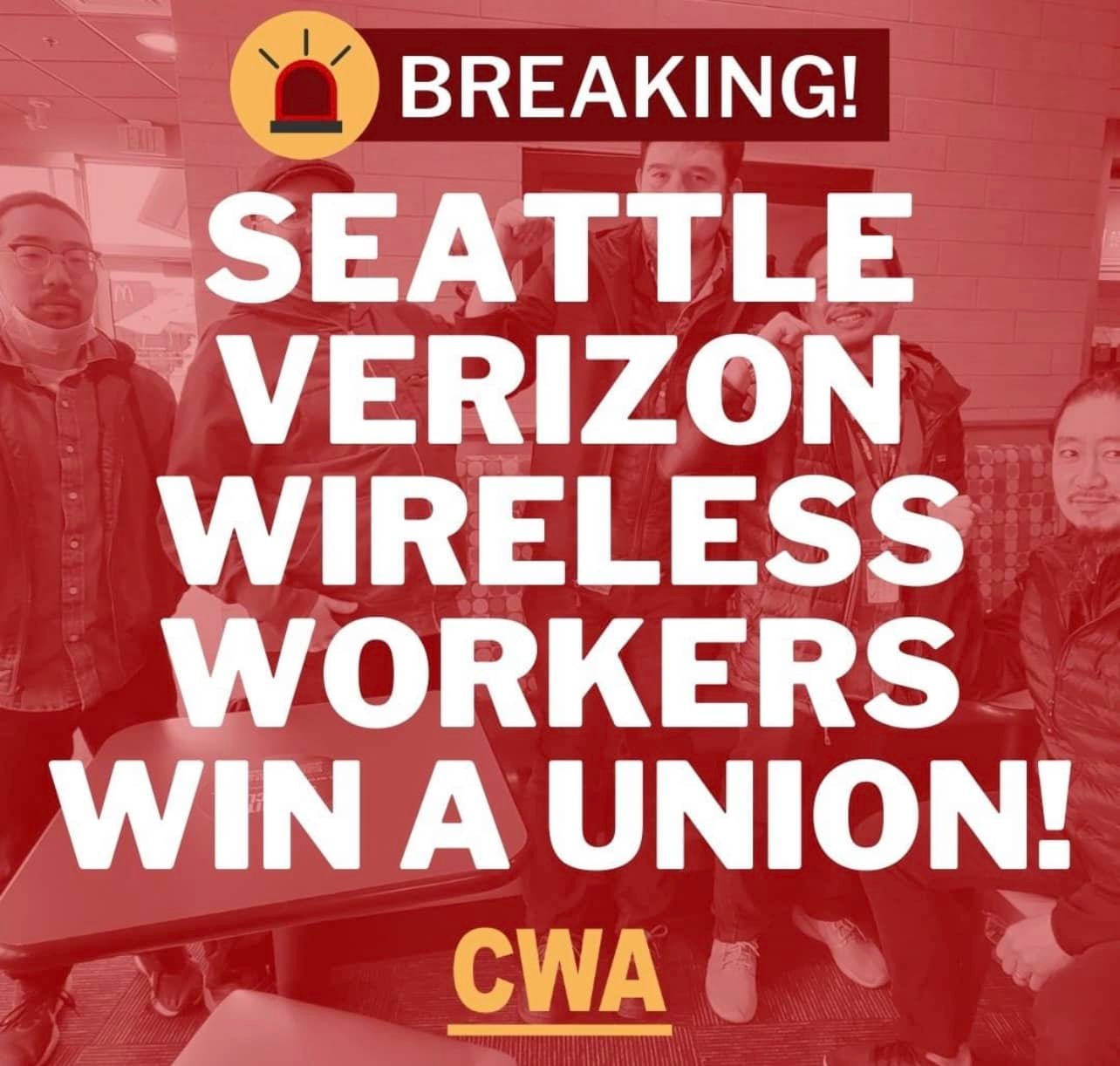 (EVERETT, WASHINGTON) - Employees at Verizon stores north of Seattle in Everett and Lynnwood have voted to Unionize, making them the first Unionized Verizon stores in the country outside of New York.

The near-unanimous victory represents the latest in a growing Labor Movement across the country that includes the Unionization of Starbucks stores and the first Amazon Warehouse Union.

A group of Workers and supporters watched the vote count streamed on Zoom by the National Labor Relations Board (NLRB), in the parking lot by the Everett Verizon store, The Daily Herald reported.

The victory earns Workers the right to bargain with Verizon over pay and working conditions.

Austin Hitch, a Verizon Employee and Organizer in the Union Campaign, said Employees want cost-of-living raises and more control of their schedules: “We really want to codify what we already have - we have pretty good benefits and 401Ks, but Verizon has been systematically taking things away from us, and we want to put a stop to that.”

Workers voted to be represented by the Communications Workers of America (CWA), which has more than 700,000 Members nationwide.

Verizon did not respond to messages from the newspaper seeking comment.

Steve Yu, a Sales Representative at the two Verizon stores, came out to celebrate with His Co-Workers and supporters during his break.

Yu has been with the company for 22 years and voted for a Union.

His biggest frustration has been changes Verizon made to Employees’ commission pay.