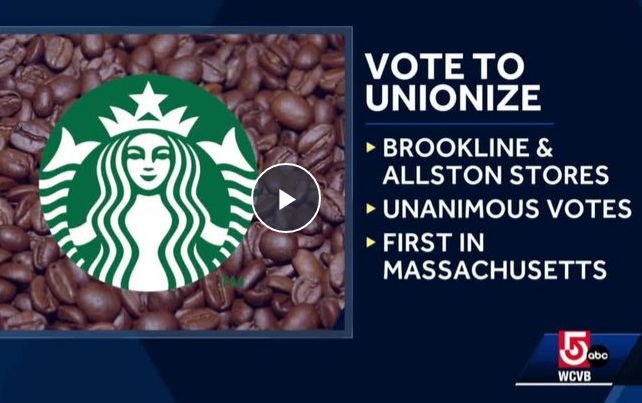 Workers and Organizers gathered in Brookline Booksmith in the Coolidge Corner area to watch the vote count and hear the results.

The tally was unanimous for forming a Union at both the Allston and Brookline stores.

This vote follows a series of other Unionization efforts in Starbucks stores across the country.

According to Starbucks Workers United, all stores in Ithaca, New York are now Unionized.