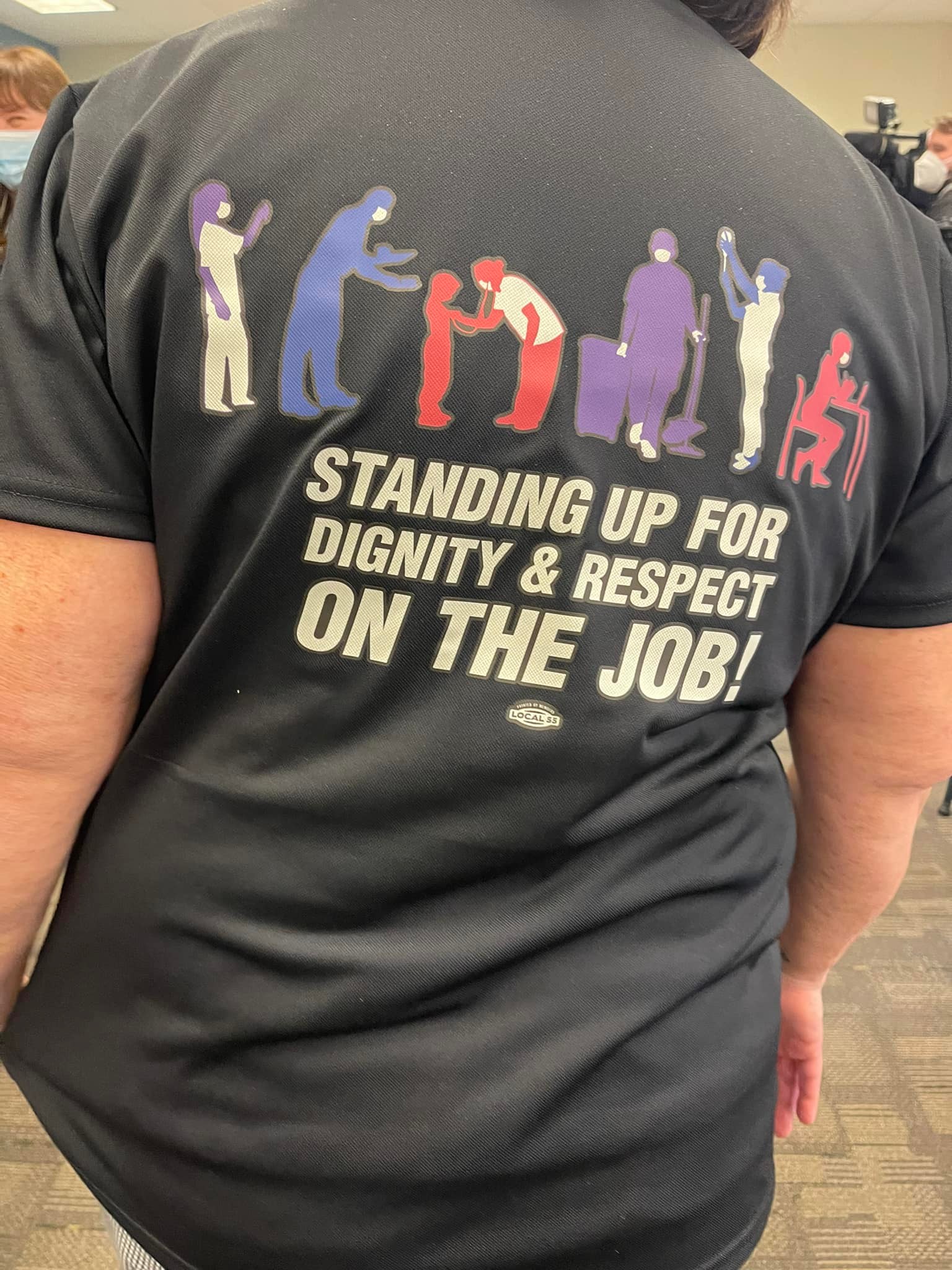 Lessons learned are like bridges burned.  You only need to cross them but once.  Is the knowledge gained worth the price of the pain?  Are the spoils worth the cost of the unit? – Partial lyrics from Lessons Learned on Dan Fogelberg’s Nether Lands album.

But only time will tell whether Kaleida is keeping in mind what happened late last year at South Buffalo’s Mercy Hospital where CWA-represented Caregivers struck for better staffing and wages and won in a fight that lasted 45 days on a picket line outside the Catholic Health System Medical Facility (For more, read WNYLaborToday.com’s November 2021 story headlined: Striking CWA-Represented Caregivers At Mercy Hospital Reach “Groundbreaking” Tentative Contract Agreement With Catholic Health - Union Says New Four-Year Deal, If Ratified By Membership, Will Improve Hospitals “By Leaps And Bounds” At www.wnylabortoday.com/news/2021/11/05/buffalo-and-western-new-york-labor-news/striking-cwa-represented-caregivers-at-mercy-hospital-reach-groundbreaking-tentative-contract-agreement-with-catholic-health-union-says-new-four-year-deal-if-ratified-by-membership-will-improve-hospitals-by-leaps-and-bounds/)

Backed up by a Negotiating Team of some 50 Members who stood in solidarity behind them while wearing t-shirts with the emblazoned message: Standing Up For Dignity & Respect ON THE JOB! - CWA Local 1168 President Cori Gambini and Jim Scordato, 1199 SEIU Vice-President for Western New York Hospitals, detailed during a well-attended press conference what the Unions want to accomplish under a new contract with Kaleida. 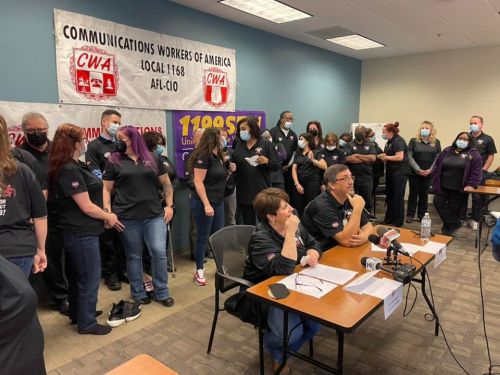 With their current three-year contract set to expire on May 31st, Gambini minced no words saying: “There will be ‘no’ concessions (in the new contract).  We are ‘not willing’ (to give up) our PTO (Paid Time Off) or holiday pay or our health care (coverage).  ‘We want fair’ wages ‘and dignity and respect’ (from Kaleida management) and safe staffing ‘is critical.’  ‘We are (spent both) mentally and physically.’  There are (nearly 1,000) ‘open’ positions to fill (across the Kaleida Health System) ‘and we want job security so our work is not contracted out.’” 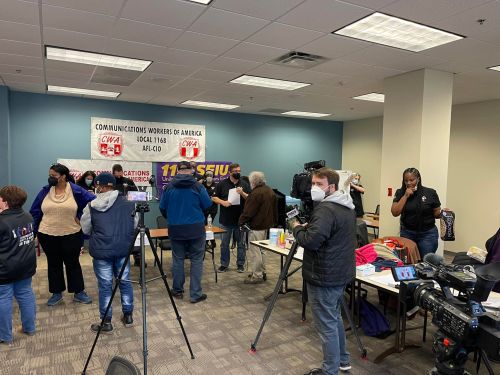 During the news conference, Gambini and Scordato outlined five priorities the Unions have pinpointed to achieve in a new contract with Kaleida, including increased staffing and wages, job security, restoring dignity and respect on the job, and no concessions.

Nurses “sacrificed” during the Coronavirus Pandemic and are “frustrated,” said Gambini, an RN at Millard Fillmore Suburban Hospital: “They ‘feel ignored and unsupported.’  ‘We’ve lost a lot of people to early retirement, because of higher pay (elsewhere) and those who say they’re not coming back to taken care of eight to (10) patients a shift.’”

“And ‘you can’t just continue to blame this on COVID,’” said Scordato, who added: “What happened in South Buffalo ‘set the stage.  (CWA-represented Hospital Staff at Mercy Hospital) ‘achieved and surpassed’ (what they had sought to attain in their new contract).”

The CWA/1199 SEIU Bargaining Committee opened negotiations for the first time with Kaleida management last week and during the news conference discussed what they want to address in those talks, including – again, Safe Staffing Levels and guaranteed dignity and respect on the job - something many Union Members have continually cited, Gambini and Scordato said. 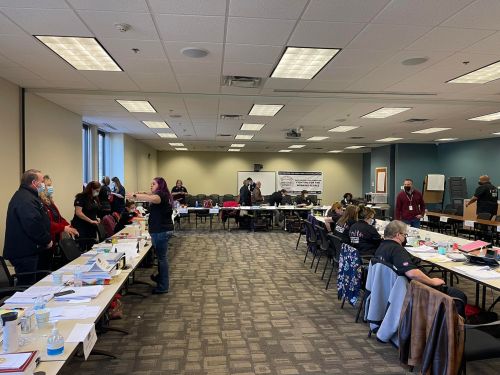 And those same Union Members are also seeking greater job security and a fair wage increase to reflect their commitment and dedication to providing health care in the local community, they added.

Unfortunately, those same Kaleida-employed Health Care Workers who’ve sacrificed their own safety and well-being to provide critical care across Western New York during the pandemic continue to face long hours and understaffing, as well as mistreatment on the job, which has resulted in high turnover rates and low Employee morale, the CWA/1199 SEIU Reps said.

And, those low wages within the Nursing Profession - overall, have made travel positions increasingly popular, due to their overwhelmingly higher earning potential and benefits, Union Officials underscored.

The joint CWA and 1199 SEIU Bargaining Team is slated to meet with Kaleida Health management weekly - on Wednesdays and Thursdays.

More dates can be added as the contract expiration date gets closer, Union Officials said. 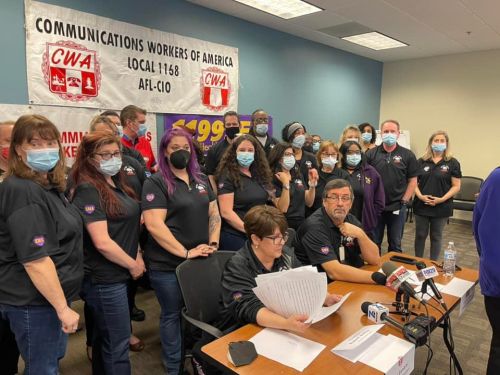 When CWA and SEIU Reps met with Kaleida negotiators last week, both Gambini and Scordato both management was “very respectful” as they were “welcomed into (1199 SEIU’s) House of Labor.”

“We ‘had a lot of good’ discussion.  ‘It appears they are listening (to the Unions) and we have our fingers crossed’ (that an agreement with be reached without any Strike action being taken),” Gambini said.

“This will be a ‘lengthy process’ and this will be the ‘largest’ contract covering Health Care Workers in Western New York ‘and while they have said they report to their board of directors, so do we’ (the combined 8,000 Workers the Unions combine to represent),” Scordato said.

And as a means of keeping the Membership informed of the negotiations, both Gambini and Scordato said the bargaining sessions will be made open to Members themselves “so they see the process and take what they see back into (Kaleida) buildings.”