After âMonths Of Bargaining, Mobilizing & The Threat Of A Strike,â The CWA Reaches A Tentative Contract Agreement With Frontier Communications 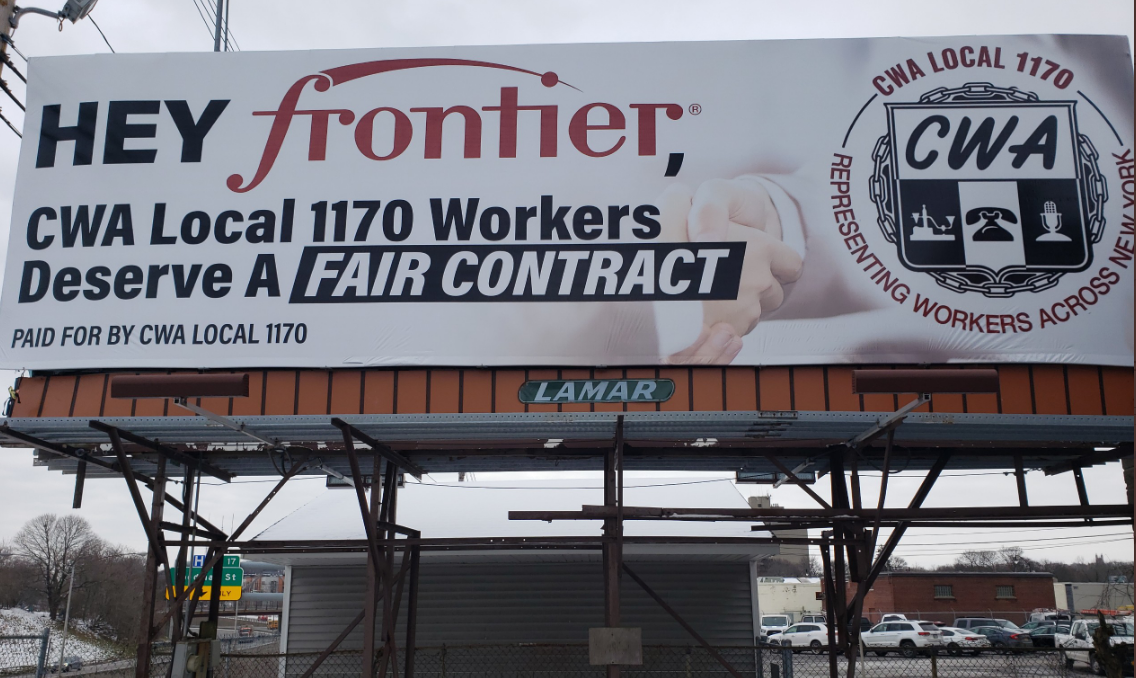 (BUFFALO, NEW YORK) - After months of bargaining, mobilizing and the threat of a Strike, CWA Members employed at Frontier Communications in Connecticut (CWA Local 1298) and in Upstate New York (CWA Locals 1170 in Rochester, 1111 in Elmira and 1122 in Buffalo) have reached a three-year agreement.

The new deal with Frontier, a leading provider of Communications/Phone and Internet services, includes wage increases (a 9% general wage increase over the life of the deal), elimination of two-tier medical plans and protection of call center jobs - and it retains the current 401(k) matching and pension plans, CWA Officials said.

The CWA had been without a contract since Summer 2020, and the Union had agreed to wait to come to an agreement since Frontier was just coming out of Chapter 11 Bankruptcy.

A Strike Vote was taken by the CWA at Thanksgiving and it was supported aby 100% of the Membership, CWA Area Vice President/North Carl Ernst told WNYLaborToday.com.

Ernst said the new contract, which has already been ratified by CWA Local 1111 and 1122, is actually retroactive back to July 1st, 2020. 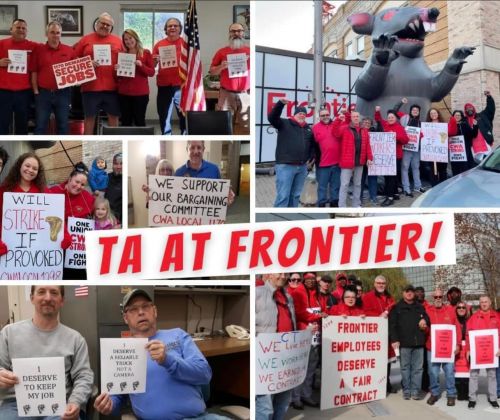 CWA Local 1170 President John Pusloskie, whose Rochester Local represents nearly 300 Frontier Workers, told a New York City media outlet that talks with Frontier over the past several months had not been successful, adding the Union needed “fair wages that are in line with inflation, maintaining good wages for our Members.”

“They’ve earned them,” he said.

CWA Members wrote thousands of e-mails to Frontier executives, participated in countless rallies and engaged public and elected officials in putting pressure on the company to bargain a fair contract, Union Officials said, and the agreements “are reflective of the power the Members generated by actively mobilizing and fueling the strength of their bargaining committees.”

The CWA’s public campaign also included the use of billboards, such as the one pictured above that appeared in Rochester.

Both Ernst and Local 1122 President John Mudie told WNYLaborToday.com said their Members “were very happy” with the new Frontier deal.

“There were no concessions and it ratified quickly,” Mudie said.

“(The Members) are ‘relieved’ - ‘nobody wanted to go on Strike,’” Ernst said.  “They are ‘satisfied’ with the (wage increase) ‘and that we did not move backward’ (in giving up any concessions).”

For More On This Labor News Story, Go To: www.ctpost.com/news/article/Frontier-workers-reach-tentative-new-three-year-16788720.php and www.wxxinews.org/local-news/2022-01-14/frontier-communications-workers-say-strike-is-possible-over-contract-dispute