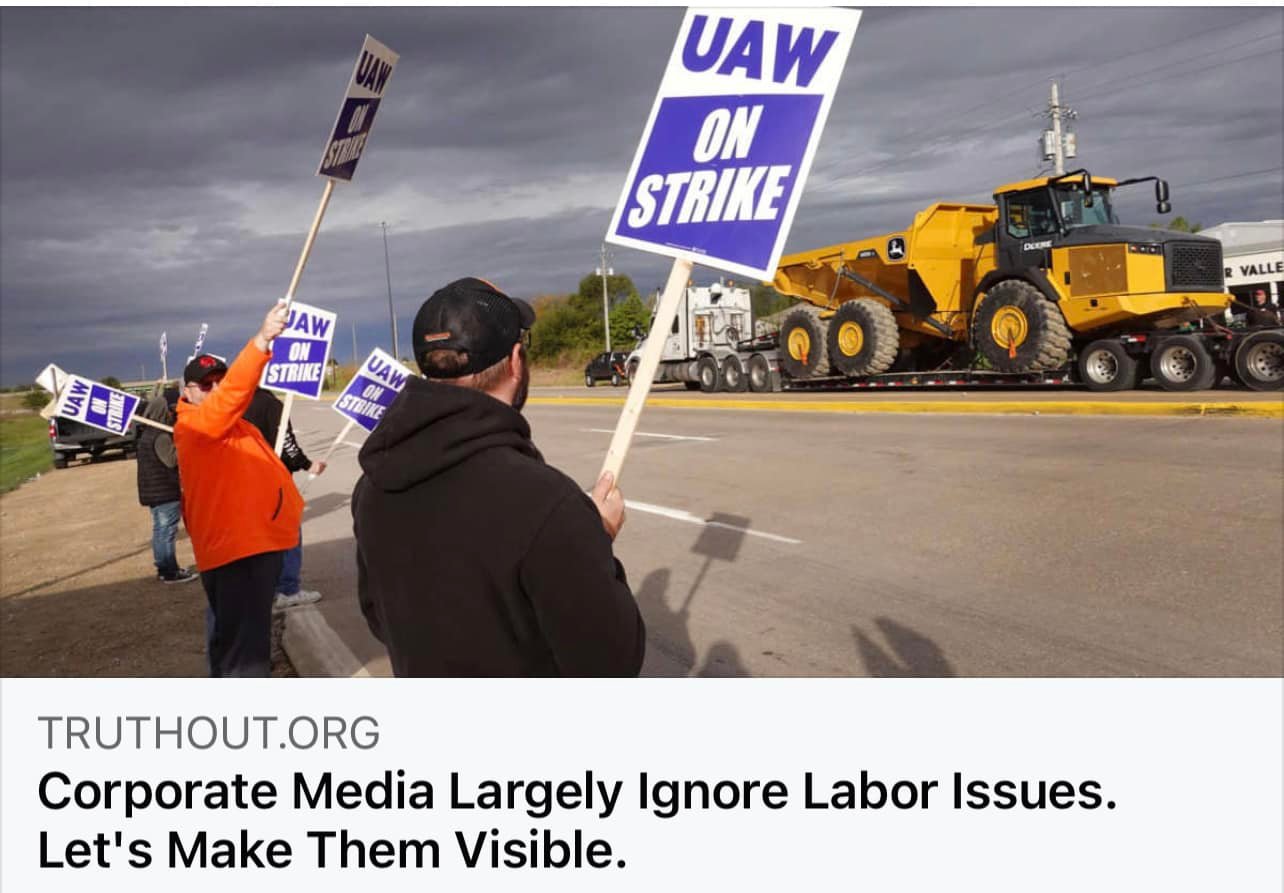 A year ago, VICE’s Motherboard published an account of the underhanded tactics used by IRI Consultants, the “Union Avoidance” Firm Google hired to prevent its Employees from Unionizing.

The report used leaked files to show how IRI gathered private information on the personalities, work ethics and motivations of its clients’ Employees and then used that data to target individual Workers in an effort to sway their votes in Union Elections.

While the Corporate Press has lately reported on the upsurge in Unionization efforts by Workers at Big Tech companies, it has mostly ignored how these companies regularly hire Union-busting consultants to thwart those organizing efforts.

Project Censored identified Motherboard’s report on Google Union-Busting as one of the most important but underreported news stories of 2020-2021.

There has been no subsequent corporate news coverage of the sensational leaks Motherboard released last January.

The only other coverage of the Motherboard leaks was a January 8th, 2021, post on the Independent, Grassroots Labor News Site Payday Report, which discussed IRI’s attempts to stop Seattle Health Care Workers from Unionizing - but did not mention IRI’s work for Google.

Corporate news media’s lack of attention to this story is symptomatic of its refusal to focus on Workers, Workers’ Rights and the Labor Movement, not to mention the economic realities of social class in the U.S.

The perspectives and interests of Working People seldom feature in “business” news.

The result is a one-sided view of work and Workers.

Every year, Project Censored spotlights stories that were reported by independent outlets such as Truthout, Common Dreams, Labor Notes and Payday Report, but ignored or underreported by CNN, The Washington Post, The New York Times and the rest of the commercial, for-profit news media.

A glance at some of the Labor-related stories from the Project’s recent Top 25 “censored” story lists illustrates just how oblivious the corporate media is toward Workers and the realities of their working lives.

The Project identified a 2019 International Labor Organization Study, which found low-wage Workers face dramatically increased risks of premature death, stress- and fatigue-related illness, burnout and declining mental health as one of its top stories from 2019-2020.

The study was covered by Alternative News Outlets like Common Dreams, but completely ignored by the establishment press.

That same year, the Project tabbed the actions of the Trump Administration’s National Labor Relations Board (NLRB) as another important - but overlooked, story.

The Trump NLRB changed the rules for Union Certification Elections, without advance notice, in ways that disadvantaged Workers and made it much easier for Employers to decertify legally recognized Collective Bargaining Agents.

The story was reported by Truthout, Common Dreams, The Nation and some Legal Trade Publications, but received no attention from the corporate press.

To Continue Reading This Labor News Report, Go To: https://truthout.org/articles/corporate-media-largely-ignore-labor-issues-lets-make-them-visible/