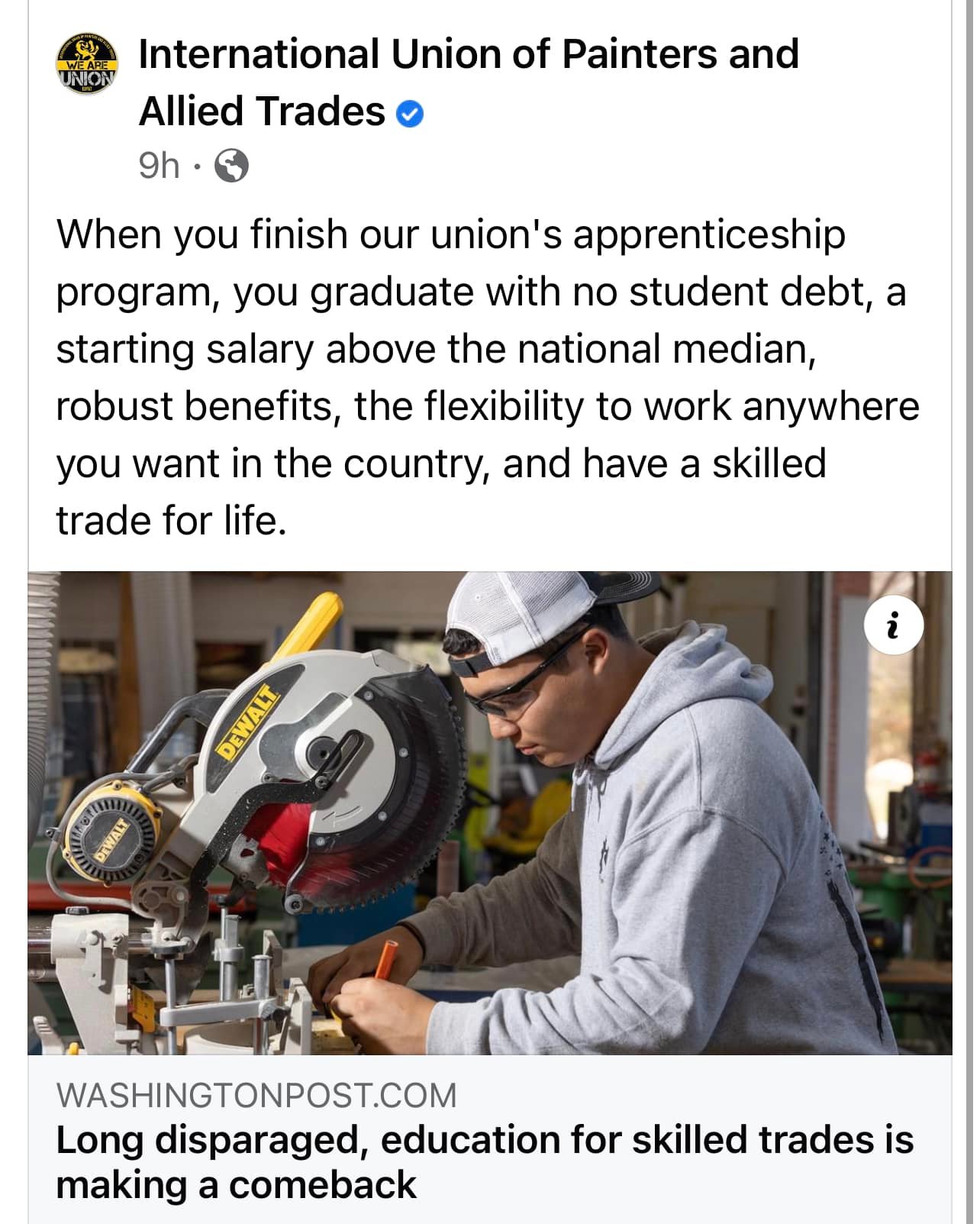 (MEDIA, PENNSYLVANIA) - Young men in jackets and ties walk along tidy walkways that connect the redbrick buildings of the 220-acre campus of the Williamson College of the Trades.

They wake up around six each morning, turn out for inspection, attend a morning assembly, then spend full days doing coursework and in shop, alternating at chores in the kitchen and tending the buildings and grounds.

No alcohol is allowed, phones can’t be in view and even straying onto the grass costs demerits.

The college was established in 1888 by a frugal wealthy dry goods merchant to train young men as Blacksmiths, Bricklayers, Harness-Makers, Wheelwrights and other kinds of Tradesmen “so they may be able to support themselves by the labor of their own hands.”

Now, its original endowment having grown to $128 million, it enrolls 265 mostly low-income men who spend three years, at no cost to them, earning Associate Degrees in subjects including Carpentry, Masonry, Machine Tooling and Power Plant Technology.

Students at lunch in the dining hall at the Williamson College of the Trades, where they also alternate at chores in the kitchen and tending the buildings and grounds.

Getting an education in the Skilled Trades pays off more quickly - sometimes just more in general, than going to college and getting a Bachelor’s Degree.

But education for the Skilled Trades appears to be returning to fashion, according to enrollment trends, survey data and other signals.

“If you look at where the jobs are, the sweet spot is an associate’s degree with a focus on the Trades,” said Rounds, a former Army Lieutenant Colonel who previously taught engineering at West Point and whose desk faces a portrait of benefactor Isaiah Vansant Williamson.

One trend reviving interest in education in the Trades appears to be growing doubt among high school students and career switchers about the value of a four-year college.

The proportion of high schoolers who are considering a four-year education has plummeted from 71% to 48% since the start of the COVID-19 Pandemic, according to a survey by the ECMC Group, a Non-Profit Student Loan Guaranty Agency that also operates three career schools.

“Students and their families were questioning the cost of a four-year education, the declining completion numbers, the increasing debt,” said ECMC Group President and CEO Jeremy Wheaton. “That was something that was gaining momentum and traction even before the pandemic and the pandemic has accelerated this movement.”

Meanwhile, Americans can see firsthand the labor shortages in fields such as Construction, Transportation and Logistics, along with rising pay for those kinds of jobs and the lower debt and the shorter timetables needed to train for them.

“Especially with the younger generation, time matters.  Money matters, but time matters as well,” said Chad Wilson, who serves as the Superintendent at the East Valley Institute of Technology in Arizona, or EVIT.

Trade careers have also gotten higher levels of respect as the labor shortages reveal their importance.

“These are deemed critical infrastructure,” said Mike Pressendo, the Chief Marketing and Strategy Officer at the TechForce Foundation, which encourages students to become Transportation Technicians.

And now, he said, “employers are sweetening the packages” for new recruits with higher pay, better benefits, tool allowances and signing bonuses.

To Continue Reading This Apprenticeship And Training Labor News Story, Go To: https://hechingerreport.org/long-disparaged-education-for-the-skilled-trades-is-slowly-coming-into-fashion/