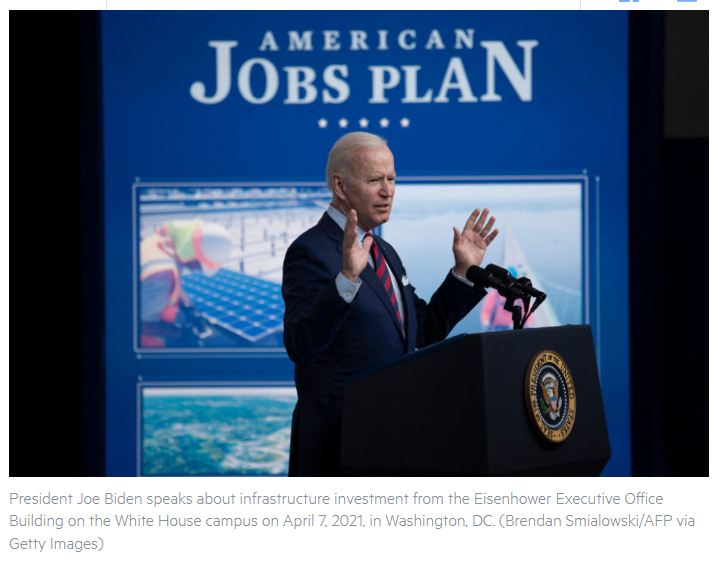 Government contractors take Federal dollars for needed services with one hand, while some commit workplace abuses with the other.

Furthermore, those Labor Law violations can warn of other serious issues on Federal projects.

Those are the central findings in a new Think Tank report that amounts to a cautionary tale as President Joe Biden’s $1.2 trillion Infrastructure Program initiates more contracting by Federal agencies that already rely heavily on the Private Sector to do government work.

“Despite protections to ensure that Federal contractors pay decent wages, provide safe workplaces and respect Workers’ Rights on the job, the government frequently contracts with companies with long records of workplace violations,” says the report from the Liberal-leaning Center for American Progress Action Fund.

On top of that, it added, “contracting with companies that break Workplace Laws also frequently results in poor performance of Federal contracts and waste of public resources.”

Federal contracting is huge, worth $665 billion in fiscal 2020, according to the Government Accountability Office (GAO).

The trillion-dollar infrastructure program approved in November will add much more to that big pot, meaning lots of business for companies, jobs for Workers and opportunities for workplace mischief like safety hazards, shorting wages and whistleblower retaliation.

The report uses data stretching from at least 2005 through 2020 in reports from the Labor Department, GAO, court filings, government databases, news accounts and the Senate committee.

“Contractors that don’t respect Federal Workplace Standards are too often also going to play fast and loose with government investments - making them a bad use of public dollars.  The implication, of course, is that a track record of Labor Law violations can be an indicator that the contractor “would have serious problems in other areas,” Karla Walter, Senior Director of the organization’s American Worker Project and one of the report’s authors, said.

Walter did not claim a direct correlation between workplace violations and poor contract performance, but added 29% of Labor Law violators who had other performance issues “should be a signal to the government that there are problems here.”

Especially with Biden’s promise of good jobs flowing from the Infrastructure Bill, “voters should be assured that public investments are going to contractors who uphold Labor Laws,” Walter said, “but also that they aren’t engaged in other nefarious or wasteful practices that would ultimately blow much-needed infrastructure dollars.”

Among the companies cited in the report, the authors said, were:

To Continue Reading This Labor News Report, Go To: www.washingtonpost.com/politics/2022/01/21/government-contractors-labor-law-violations-center-american-progress/

The Service Contract Act (SCA) is supposed to address these problems, but is rarely enforced or is enforced in a perfunctory manner. I have used the SCA to pursue contracts given to bad contractors on behalf of the Building Trades on Postal contracts. Federal contracts over a certain amount, put out for bid, are supposed to require a review of a contactors record on Prevailing Wages, Wage & Hour violations, Labor Law violations, Safety violations, and EEO/Discrimination record, BEFORE a contract is awarded. Now that we have a Building Trades Union man heading the Department of Labor, we should be pushing the requirements of the SCA. Posted by Jim Bertolone on January 27, 2022 at 8:06 am