Bidenâs âVowâ To Be âMost Pro-Union President Testedâ In His First Year - Rhetoric âDidnât Create The Current Shift In Public Perception Ofâ Workersâ Rights & Unions, âBut It Is Part Of The Mix Of Forces Creating A Clear Opportunity For Laborâ 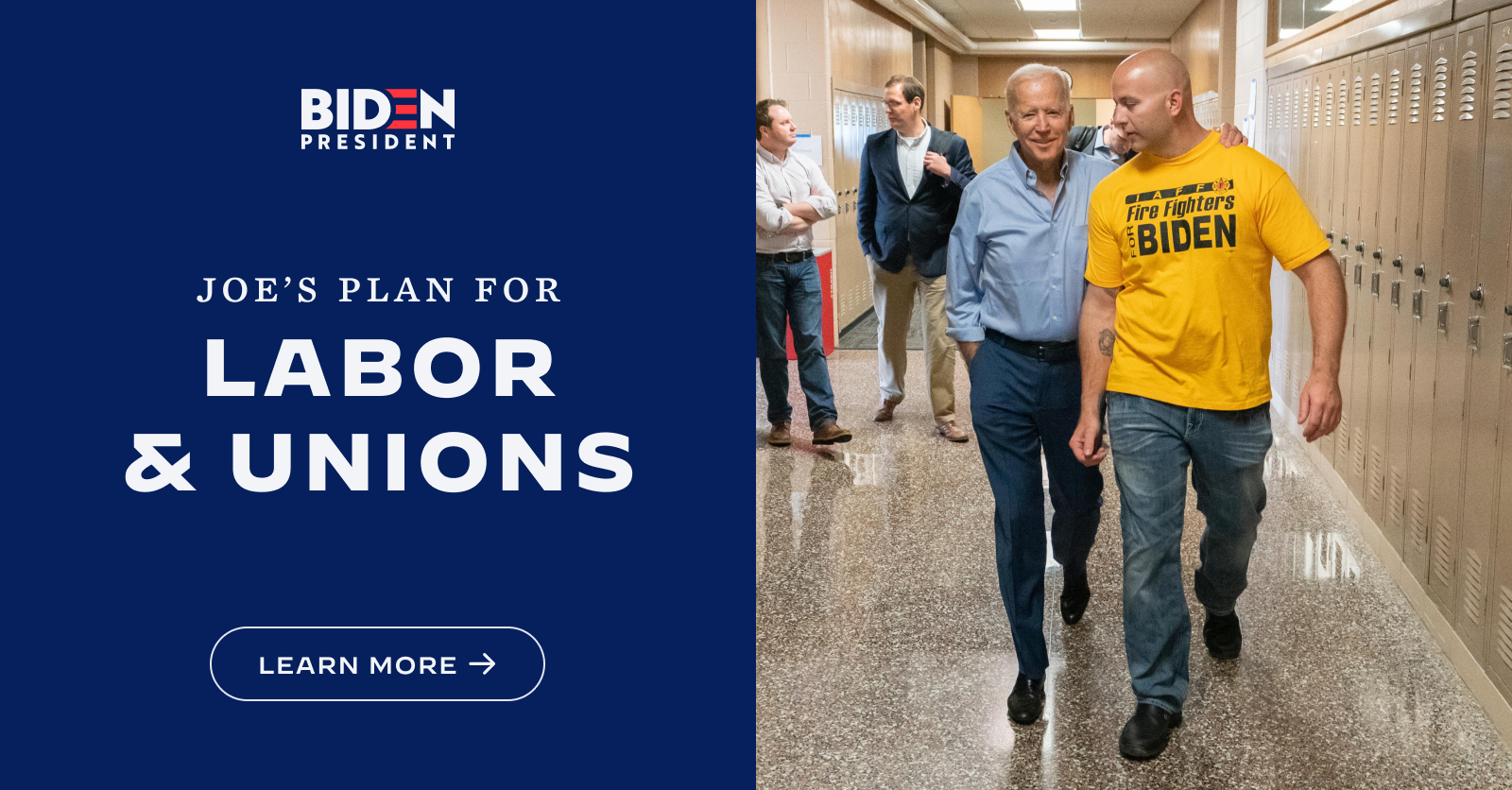 (WASHINGTON, D.C.) - The start of President Joe Biden’s second year in office comes with new opportunities to deliver on his commitment to be Pro-Labor.

Despite some success and strong support, he was unable to deliver on some key Worker legislation in his first year.

Biden has often said he wants to be the most Pro-Labor President.

Biden’s first year coincided with fervent national unrest among Workers in industries from entertainment to health care and manufacturing as the country continued to grapple with the effects of the Coronavirus Pandemic.

Many low-wage Workers suffered greatly during the pandemic, but found success by collectively leveraging their position and publicly challenging their employers and workplace conditions.

“I don’t think you can underestimate the power the White House has in supporting Labor,” said Ariel Avgar, a Professor at Cornell University’s School of Industrial and Labor Relations.

“Biden is sending a strong signal that support for Labor is a good thing, which comes at this moment where there’s this shift in public perception of Workers’ Rights and Unions.  Biden’s rhetoric didn’t cause this, but it is part of the mixture of forces that are happening to create a clear opportunity for Labor,” Avgar said.

Karla Walter, the Senior Director of Employment Policy at the Center for American Progress, a Progressive Think Tank, said successful Worker unrest tends to beget further activism - and she said Biden’s support may have had a similar impact.

“I think that having a President who really demonstrates in all that he says that Working People have a right to be treated with dignity and that that’s what government should stand for has got to make people feel that there’s more opportunity to ask for fair treatment,” Walter said.

“This isn’t about ‘What’s the one thing I can do for Labor?’  This is a true commitment of making sure government is on the side of Working People,” she said.

During his first year, Biden scored key wins with the American Rescue Plan and the bipartisan Infrastructure Law, both of which were championed by Unions.

It also included initiatives like the Butch Lewis Emergency Pension Plan Relief Act, which ensures funding for more than 200 Multi-Employer Pension Plans and guarantees Retirees 100% of their earned benefits.

The latter will create about two million jobs a year for 10 years and ensure fair wages, Biden said.

When Biden took office in January 2021, the Unemployment Rate was 6.4%, according to data from the Bureau of Labor Statistics (BLS).

In the same period, the number of employed people rose from 150 million to 156 million and workplace participation increased from 61.4% to 61.9%.

The International Brotherhood of Teamsters, a Labor Union that represents about 1.3 million Public and Private Sector Workers, credits the Biden Administration with saving pensions, encouraging Unions and creating and protecting Union jobs.

“This past year has been a time of real progress for Teamsters and working Americans,” the Union said in a release, adding: “The Biden White House leveled the playing field for Workers by appointing officials like fellow Union Member Marty Walsh to U.S. Labor Secretary and new members of the National Labor Relations Board (NLRB) who would stand up for their interests.”

Biden also created the Task Force on Worker Organizing and Empowerment to protect and promote Employees’ Rights and he has also worked to undo rollbacks of worker protections during the Trump era.

To Continue Reading This Labor News Report, Go To: www.nbcnews.com/business/economy/bidens-vow-union-president-tested-first-year-rcna12791