SEIU Vs. Corporate âWokewashingâ - âNone Of Our Members Want Their Money Used To Take Away Peopleâs Right To Vote.â 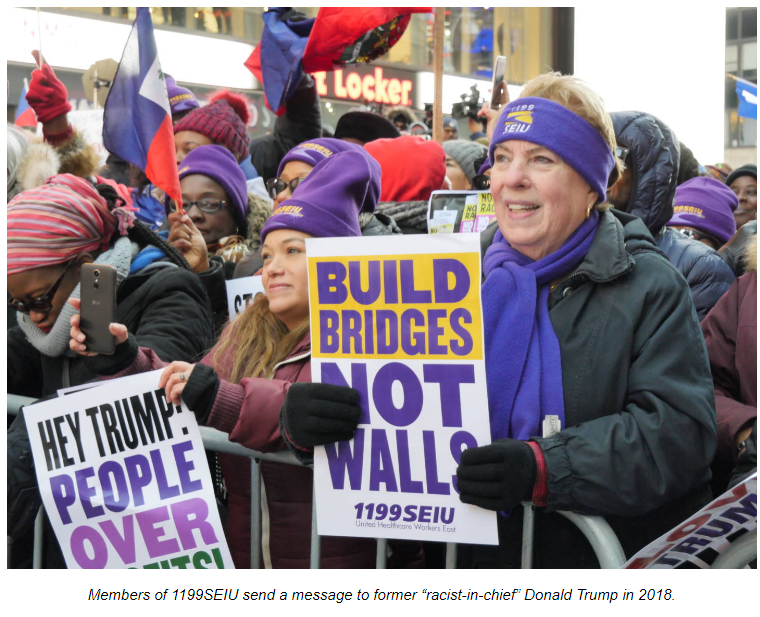 (WASHINGTON, D.C.) - The Service Employees International Union (SEIU) is joining with groups advocating socially responsible investment to prod corporations to live up to their public statements about racial equity and protecting American Democracy, rather than leave them as lip-service “wokewashing.”

“Workers who have saved hard for their retirements want to know whether their dollars are being invested in corporations that support politicians championing voter-suppression policies and those literally working against their economic interests,” Alfonso Mayfield, the President of SEIU’s Florida Public Services Union, said.

Pointing to the January 6th, 2021 invasion of the Capitol by Republican Donald Trump’s supporters who threatened to kill Congressional Members who voted to certify President Joseph Biden’s victory in the 2020 elections, Mayfield told an on-line press conference held earlier this month how it “illuminated how corporate spending can either support or subvert Democracy and racial equity.”

The SEIU wants to use its leverage as holders of billions of dollars in investments by its 55 Pension Funds to hold corporations accountable for keeping their commitments to racial justice, and to stop them from lobbying for anti-Worker Laws or donating to the 147 Congressional Representatives who voted to nullify Biden’s election.

“None of our Members want their money used to take away people’s right to vote,” said Renaye Manley, SEIU’s Deputy Director of Strategic Initiatives.

In the past year, she said, SEIU has introduced eight shareholder resolutions related to lobbying and political contributions by corporations it has invested in and 10 related to their internal racial-equity policies.

Those were part of an unprecedented number of similar resolutions introduced in 2021, said Eli Kasargod-Staub of Majority Action, a corporate-watchdog group that focuses on shareholder actions on climate change, Worker safety and racial justice.

In part because Union and Public Sector Pension Funds invest in them.

Companies like BlackRock, Vanguard, State Street Corporation and Fidelity Investments own 25% of stock in S&P 500 corporations, he said.

Vanguard and Fidelity voted against having an external racial-equity audit at Amazon and BlackRock and Vanguard opposed an anti-disinformation resolution at Facebook.

In both cases, their votes provided the margin of defeat.

In the aftermath of the January 6th insurrection, more than 180 corporations pledged not to contribute to the campaigns of the eight Senators and 139 House Members, all Republicans, who voted to void the election.

According to Popular Information’s Corporate-Accountability Index, about 80 have kept to those pledges, including Amazon, CBS, General Mills, Microsoft, and Nike - but more than 100 have not.

The violators, according to Federal Elections Commission records analyzed by Popular Information, include the Cigna Health Insurance Company, which within two months of Trump’s coup attempt donated $30,000 directly to 15 of the 147 election objectors, and $15,000 each to the National Republican Senatorial Committee and the National Republican Congressional Committee.

To Continue Reading This Labor News Report, Go To: www.laborpress.org/seiu-vs-corporate-wokewashing/