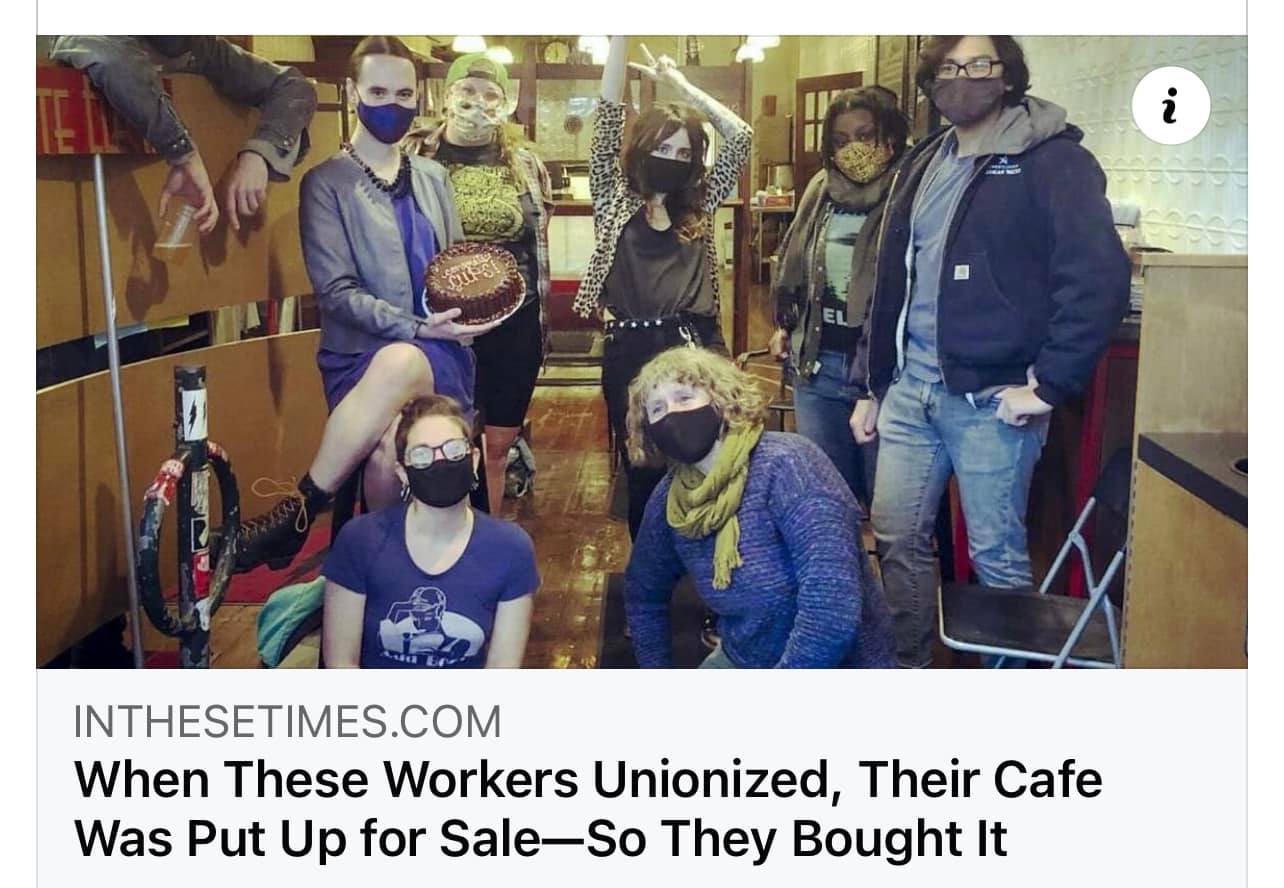 (PROVIDENCE, RHODE ISLAND) - On April 14th, 2021, five former White Electric Coffee Workers gathered at the Dexter Training Grounds located next to the Providence Armory, slightly stunned.  Earlier that morning, they signed a purchase agreement to own the cafe.

In just 10 months, this small group of Baristas went from forming a Union to creating a Workers Cooperative to buying the business for around half a million dollars.

“If somebody had told me, â‘One day, you’re going to run that business across the street,’ I would’ve said, â‘Yeah, sure. OK, buddy,’ ” recalled Danny Cordova, 27, a Barista at White Electric since 2019 who used to eat at the cafe a decade ago when he attended nearby Central High School.

These White Electric Workers started organizing soon after the murder of George Floyd in May 2020.

They sent a letter to Owner Thomas Toupin with demands to â“go beyond slogans and window dressing” in achieving racial justice at the café.

The letter, which was signed by 39 current and former Staff, called for Toupin to hire more People of Color, enroll in anti-oppression training, increase wages and make the café wheelchair accessible, among other demands.

“They weren’t actually things we thought would happen,” says Chloe Chassaing, 44, who’d worked at White Electric for 16 years - even before Toupin bought it in 2006. â

“They were dreams, but they are fully all happening,” Chassaing said.

The coffee shop, which reopened in May (2021) is now one of Rhode Island’s few Worker Co-Ops.

Even before the Coronavirus Pandemic eliminated many food service jobs, opportunities for Workers to organize for better conditions at small restaurants were rare.

While Co-Ops are becoming more popular, there are only around 500 operating around the country, according to Shevanthi Daniel-Rabkin, Senior Program Director at the Democracy at Work Institute, a non-profit that tracks and supports Co-Ops.

Many of the White Electric Workers say the Summer 2020’s national uprising over police killings of Black Americans made clear the need to push for a stronger commitment to racial justice at the café. â

“That’s what set everything off,” says Amanda Soule, 36, who started working at the café in 2013 and helped draft the letter.

Toupin told In These Times the letter was â“untruthful and misleading” and disputed its characterization of him.

“(Its description) wasn’t the situation at all,” he says.

After receiving the letter, he says he closed White Electric for July 2020 to meet with the workers and a mediator.

The café closed again in late 2020 because of the pandemic, then reopened in January until the sale in April.

The Workers, however, claim the five active Employees who signed the letter were laid off, while the two who didn’t sign were kept on to train replacements, as described in a public petition following the letter’s release.

The petition added the fired Employees were offered their jobs back, but they still were publicly appealing for community support in order to â“prevent another episode of retaliation.”

Following the advice of a Labor Lawyer, the group realized they could form an Independent Labor Union, which they named the Collaborative Union of Providence Service-Workers (CUPS).

Unlike many other Unions and Co-Ops, CUPS is not affiliated with any larger Union, has no Support Staff and requires no dues, but still gives Workers the ability to collectively negotiate a contract.

After creating Union Cards, the Workers requested Toupin Voluntarily Recognize CUPS, which he did on September 8th, 2020.

The very night they formed the Union, the Workers received notice that Toupin was selling.

Toupin offered the first opportunity to buy the café to the Workers, who realized they could turn it into a Worker-owned Co-Op.

To Continue Reading This Labor News Report, Go To: https://inthesetimes.com/article/providence-cafe-coop-union-labor-workers-rhode-island