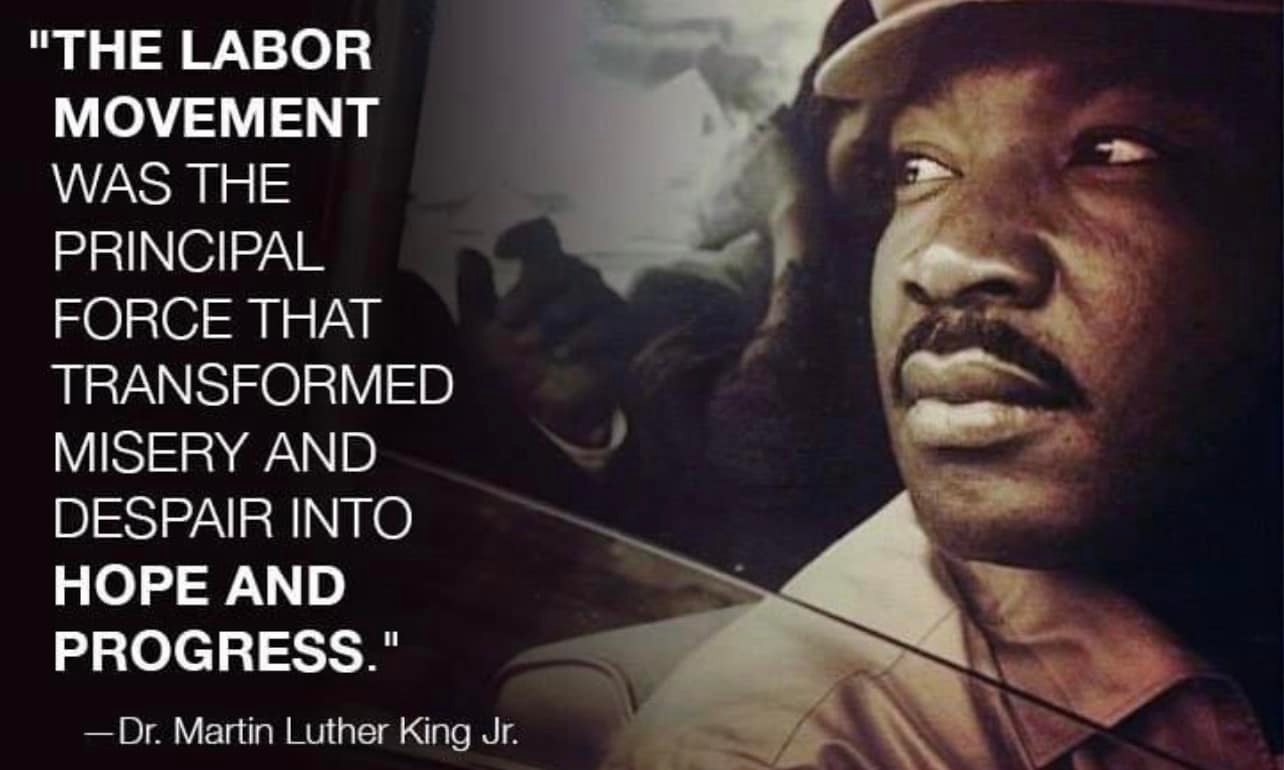 The third Monday in January has been the official King Holiday for many Workers since January 1986, after many years of mass pressure put on the U.S. government.

Many pundits use this holiday to co-opt Dr. King’s historic role, mainly as the leading non-violent symbol of the massive Civil Rights Movement, which certainly does have a ring of truth.

His legacy, however, was so much more, especially where Workers’ Rights are concerned.

His message should not be confined to his famous “I Have a Dream” speech, made at the Lincoln Memorial following the 1963 March on Washington of 250,000 people.

Many signs were carried on that march by Workers representing International Unions, State Federations and Central Labor Councils, the most prominent being the United Auto Workers (UW), a major financial backer of the march, and the Brotherhood of Sleeping Car Porters, led by A. Philip Randolph.

Five years later, just a few months before his assassination April 4th, 1968, Dr. King came out in support of the 1,300-strong Sanitation Workers’ Strike in Memphis, Tennessee, sparked by the deaths of two Black City Workers, Echol Cole and Robert Walker, who had been crushed on the job by a malfunctioning truck.

The City of Memphis - which paid these Workers slave wages of 65 cents an hour - refused to pay any compensation to their families.

The majority Black striking Workers not only demanded decent pay and working conditions, but also full human rights by carrying the sign: “I Am a Man.”

In a speech given at a rally of 25,000 Sanitation Workers, their families and supporters on March 18th, 1968, in Memphis, Dr. King stated: “You are demonstrating something here that needs to be demonstrated all over our country.  You are demonstrating that we can stick together and you are demonstrating that we are all tied in a single garment of destiny, and that if one Black person suffers, if one Black person is down, we are all down.  You are demanding that this city will respect the dignity of labor.  But let me say to you tonight, that whenever you are engaged in work that serves humanity and is for the building of humanity, it has dignity, and it has worth.  One day our society must come to see this.  All labor has dignity.”

Dr. King’s goal of building toward the Poor People’s March in the Summer of 1968 was to merge the Civil Rights and economic rights struggles, especially for low-paid Workers like the Sanitation Workers, as well as the unemployed.

King’s unifying call that “all labor has dignity” is today being carried forth, especially by young Workers exploited by the likes of the global behemoths Starbucks and Amazon.

This is the true meaning of the legacy of Dr. King, who remained a fighter on the front lines for all forms of social justice until the end, when bullets tragically cut short his life. 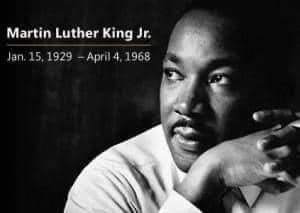