Unions Mark Anniversary Of The Trumpite Insurrection & Invasion Of The U.S. Capitol âBy Using It To Largely Push For Protecting & Strengthening Voting Rightsâ 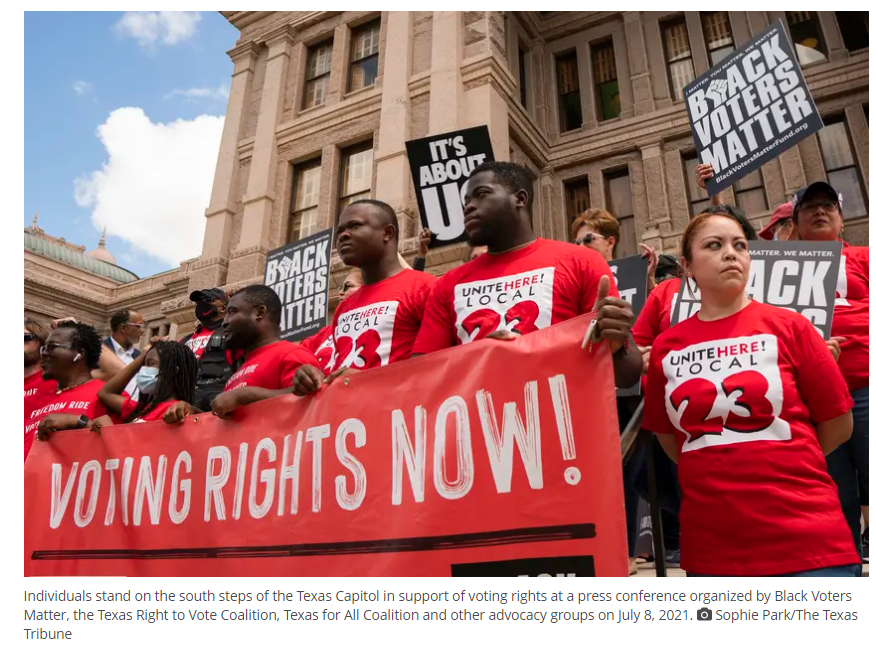 (WASHINGTON, D.C.) - Union Leaders marked the one-year anniversary of the Trumpite insurrection and invasion of the U.S. Capitol late last week by using it to largely push for protecting and strengthening voting rights.

She also warned the insurrection continues - in state legislatures and on the local level.

“Donald Trump and his allies fueled a violent insurrection intended to stop our Democracy from functioning.  Trump and his allies blatantly lied about the result of the election while attempting to overturn the will of the people in a desperate and dangerous attempt to hold onto power,” Pringle said.

A Rank-and-File Worker, McDonald’s Fight for $15 Activist Adriana Alvarez from Chicago, went farther - she linked the invaders who schemed to overturn the results of the 2020 Presidential Election with political and corporate repressors of workers.

The statements came as politicians, Unions and Civil Rights Groups, up to and including Democratic President Joe Biden, discussed the January 6th, 2021 Trumpite invasion and insurrection.

They hunted for lawmakers to hang or shoot, injured defending Police Officers - five of whom later died - and demanded Trump remain in office, despite his popular and electoral vote loss to Biden.

National AFL-CIO President Liz Shuler spoke for many Unions when she demanded lawmakers enact legislation to strengthen voting rights and vowed the Labor Movement would continue to defend Democracy.

“We are not powerless and the lesson of the January Sixth attack cannot be forgotten,” Shuler’s statement said. “The very people who witnessed firsthand our democracy under assault now have the opportunity to strengthen our system of government, not weaken it.  Congress must pass the John Lewis Voting Rights Advancement Act and the Freedom to Vote Act to protect the right of every American to cast their vote and have that vote counted so that every eligible voter has a say in who represents them.  If we learned anything from that day a year ago, it is that Democracy is fragile and must be protected.”

Shuler said Federation Members stand ready to do so.

It also must be protected from the same interests, including the radical right, who repress workers, Alvarez said in her e-mail appeal.

Her Union-backed Fight For $15 and a Union Movement speaks for low-wage/no-benefit exploited workers, many of them Women, Workers of Color or both.

To Continue Reading This Labor News Story, Go To: www.peoplesworld.org/article/unions-say-key-now-is-the-fight-to-pass-voting-rights-bills/