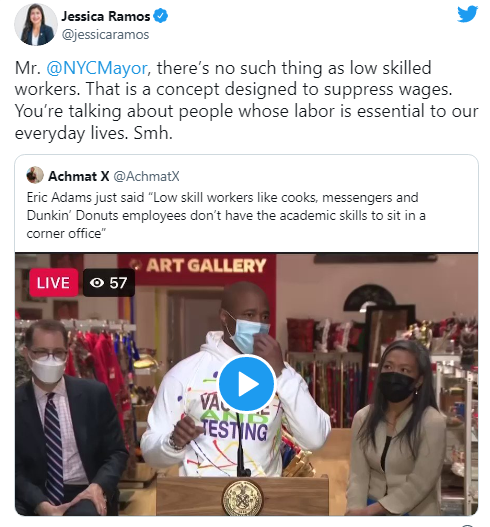 (NEW YORK CITY) - Eric Adams has been New York City’s Mayor for less than a week, but he’s already found himself the target of on-line scrutiny over comments he made at a press conference last week.

“My low-skill Workers, my Cooks, my Dishwashers, my Messengers, my Shoe Shine People, those who work at Dunkin’ Donuts… They don’t have the academic skills to sit in a corner office,” Adams said as he signed the new Small Business Forward Executive Order to reform existing business regulations.

To Read Those Comments, Go To: www.news10.com/news/ny-news/mayor-adams-comment-on-low-skill-workers-receives-backlash-online/