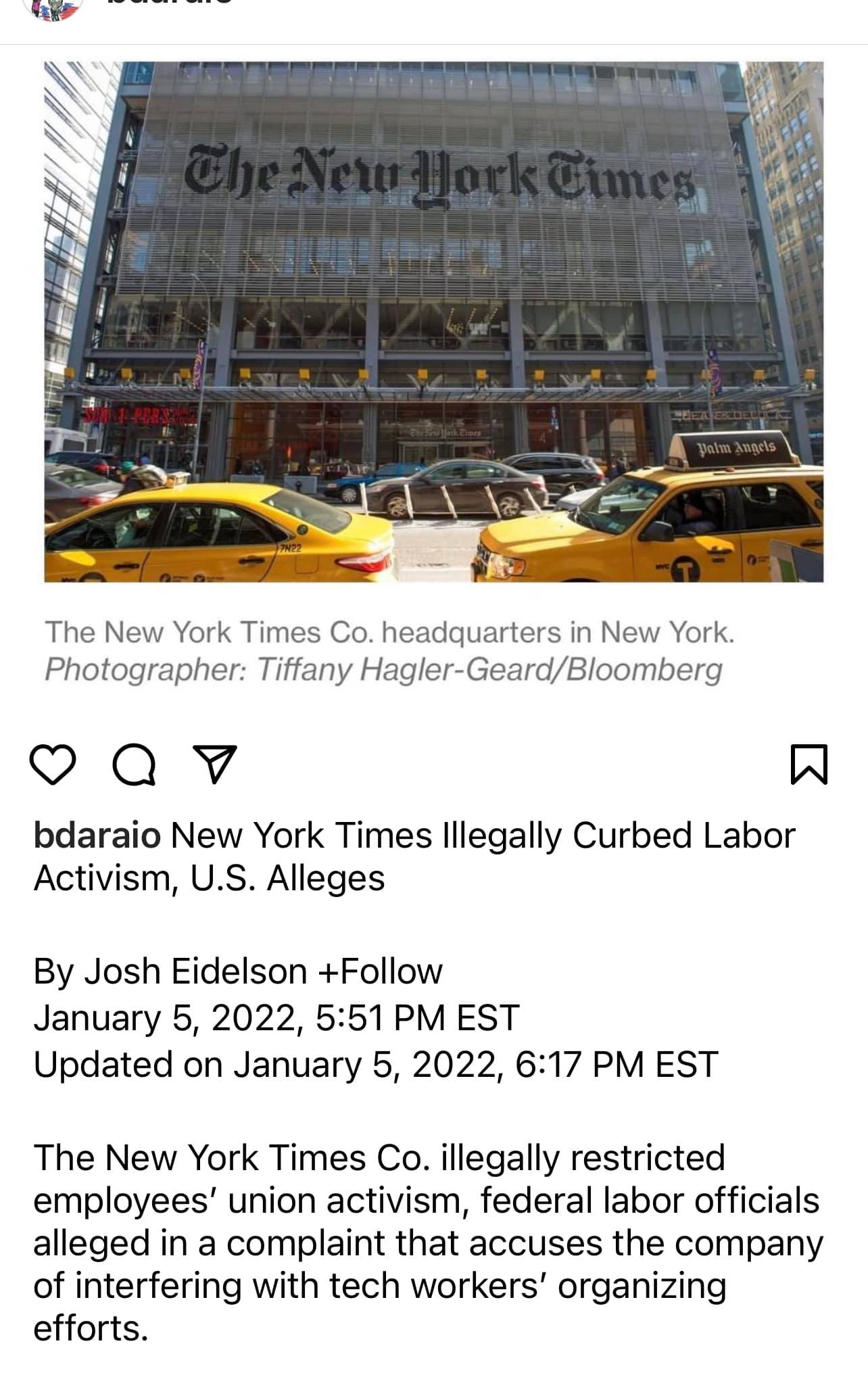 The Newspaper Publisher “has been interfering with, restraining and coercing employees in the exercise of the rights guaranteed” under Federal Workplace Law, an Acting Regional Director of the National Labor Relations Board (NLRB) wrote on December 29th.

Management did so by telling Employees designated as “intern managers” that they were prohibited from demonstrating support for the Union, according to the complaint.

The complaint is slated to be considered at a March trial.

It stems from claims brought last June by the Communications Workers of America’s (CWA) NewsGuild, which represents Editorial and Business Employees at The Times and last year announced a campaign to Unionize Tech Workers such as Software Engineers and Product Managers.

The Union alleges Times management ordered a group of Tech Employees to stop using pro-Union avatars and backgrounds in on-line services like Slack and Google Meet, wrongly claiming they were legally supervisors because of their responsibilities for interns.

Last year, the company said it told employees who “hire, supervise and assess” interns “that while in this supervisory position they would need to act in a manner that is consistent with a management role.”

Complaints issued by Labor Board Prosecutors are considered by Administrative Law Judges, whose rulings can be appealed to NLRB Members in Washington and from there to Federal Court.

The agency can order companies to change policies that conflict with the law, but lacks authority to issue punitive damages for violations.

To Directly Access This Labor News Report, Go To: www.bloomberg.com/news/articles/2022-01-05/new-york-times-illegally-restricted-labor-activism-u-s-alleges