On The One-Year Anniversary Of The January 6th Insurrection, The National AFL-CIO Says Congress âMust Act to Strengthen Our Democracyâ 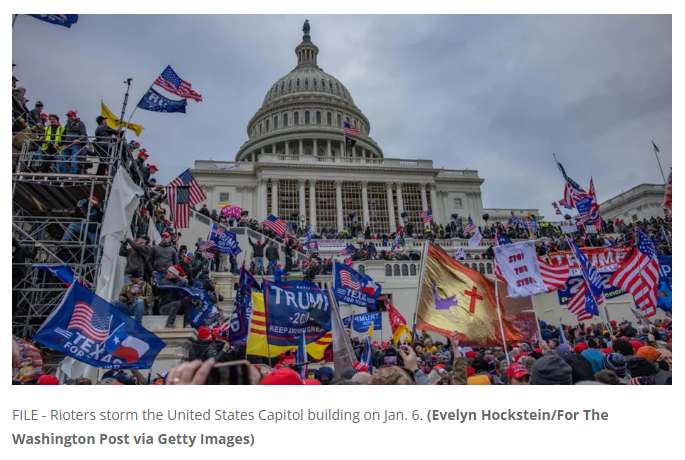 (WASHINGTON, D.C.) - On the one-year anniversary of the January 6th insurrection, the National AFL-CIO said Congress must act to strengthen our Democracy as President Joe Biden - without mentioning Donald Trump by name, President Biden squarely placed the blame on the former President for instigating what can only be described as a governmental coup.

One year ago today, we watched in horror as a violent mob, many carrying banners proclaiming white supremacy and anti-government slogans, attempted to block the peaceful transfer of power by storming the U.S. Capitol.

On that day, so many of us felt powerless watching the violence unfold.

But we are not powerless, and the lesson of the January 6th attack cannot be forgotten.

The very people who witnessed firsthand our Democracy under assault now have the opportunity to strengthen our system of government, not weaken it.

Congress must pass the John R. Lewis Voting Rights Advancement Act of 2021 and the Freedom to Vote Act to protect the right of every American to cast our vote and have that vote counted so that every eligible voter has a say in who represents them.

If we learned anything from that day a year ago, it is that Democracy is fragile and must be protected.

Our 12.5 million Members are motivated, we are mobilizing and we are organizing to hold our elected officials accountable to defend voting rights and Democracy for all.

One year after the deadly Trump coup attempt, President Biden stood at the U.S. Capitol and indicted the former White House occupant and his supporters in the Republican Party as part of an ongoing conspiracy against Democracy.

Biden condemned the violence of January 6th, 2021 and blasted Trump for his role in instigating it, but he went further - targeting all those in the Republican Party who continue to peddle what he called “a web of lies” and saying that passage of the Voting Rights Bills stalled in the Senate is crucial to halting plots to subvert future elections.

The President asked the Nation to look back to the day a year ago, with “rioters rampaging and waving, for the first time inside this Capitol, the Confederate flag that symbolizes the cause to destroy America.”

He recalled many of the images that flashed on televisions across the Nation, including the attacks on lawmakers and the erection of a gallows to hang Vice President Mike Pence.

Biden said he was bringing up the events of that day not just to be “bogged down in the past,” but rather to bring attention to the lies still being spread today - “lies conceived and spread for profit and power.”

Implicating Trump’s backers in the Fascist Wing of the Republican Party, Biden said they still hold a “dagger at the throat of America and American Democracy” and remain determined to sabotage voting and Democratic elections.

“The former President and his supporters have decided the only way for them to win is to suppress your vote and subvert our elections,” Biden charged.

He excoriated the laws being written in GOP-ruled states “not to protect the vote, but to deny it.”

More than 400 bills have been drafted or passed since January 6th that attempt to kill Voting Rights, including more restrictive ID laws, limits on absentee voting, the slashing of early voting periods that Working Class People often rely on to vote outside of work hours, the establishment of Republican-dominated “election commissions” to scrutinize ballots, the empowerment of GOP “poll watchers” to intimidate voters, and outright purges of voters from the rolls - especially Voters of Color.

“We cannot let our future be decided by those bent on silencing our voices, overturning our votes and peddling lies and misinformation,” Harris said.

To Continue Reading This Labor News Report, Go To: www.peoplesworld.org/article/biden-indicts-trump-for-leading-the-ongoing-conspiracy-against-democracy/