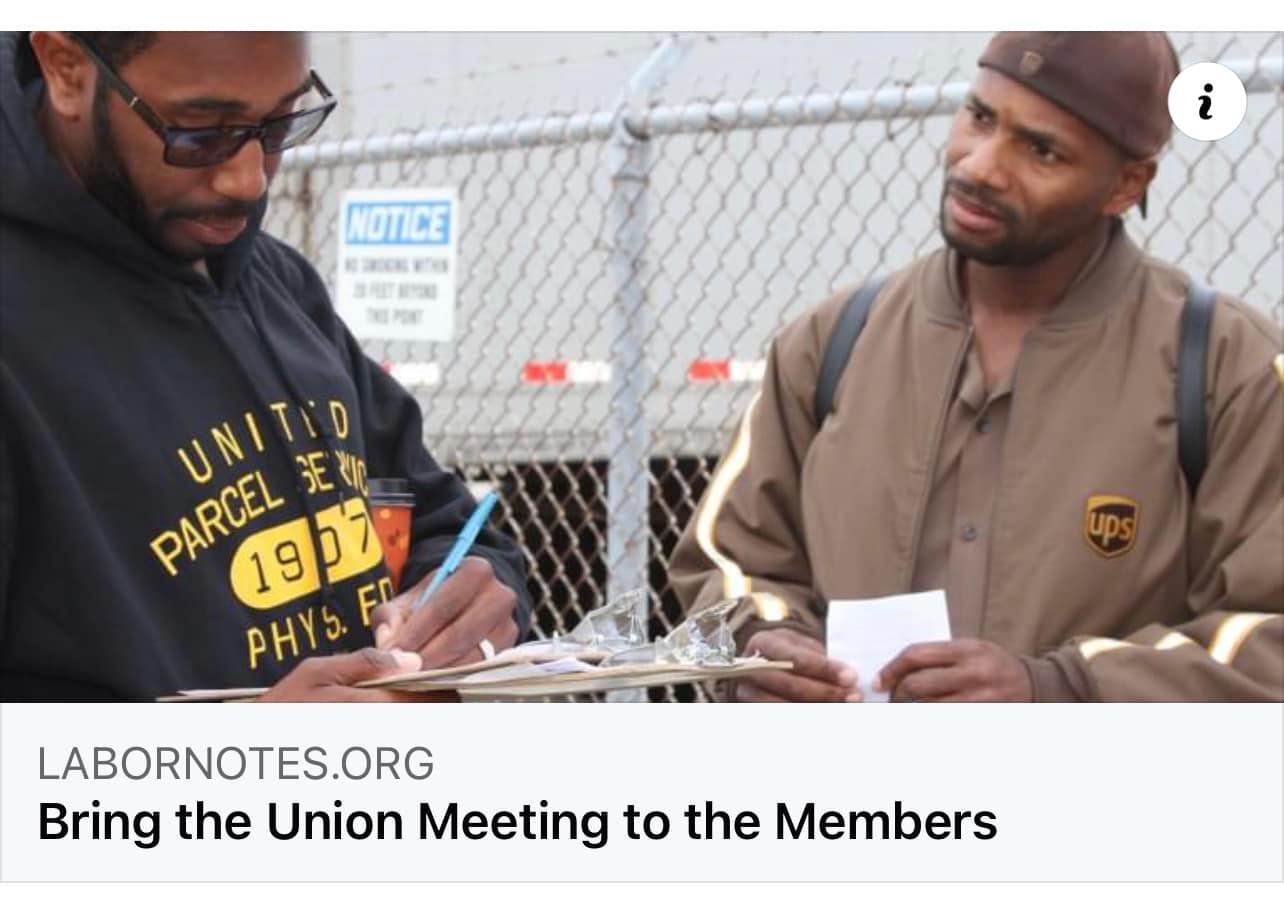 LaborNotes.org Editor’s Note: Joe Fahey is a retired Teamsters Local President and International Rep.  Through the Labor Notes Associates Program, he does training and coaching for Unions on internal organizing and overcoming divisions.

How many Members attend your Union meetings?

And how do you feel about that?

Whether it’s just a handful or a hundred, no Activist is ever satisfied.

But you can drop a whole load of frustration if you stop expecting a majority of Members to travel to the Union Hall for a two-hour monthly meeting.

Thinking about Members and meetings in a different way can allow you to bring shorter Union meetings to more and more Members - at the workplace.

In most Membership organizations - churches, community organizations, sports clubs - about 1% of the Members are super-interested and super-committed and do most of the volunteering.

In a typical Little League, a few people volunteer to be coaches.

A few others arrive hours before the game to open the snack bar, mow the grass and chalk the baselines.

In the Union, we are those people.

An organization, or a Union, can survive with that 1%.

But in a mighty organization, 10% of the Members who are a little more interested have been identified and asked to do something that helps the organization.

Has a Co-Worker - let’s call him Bob - ever asked you: “What happened at the Union meeting yesterday?”

Did you feel like saying, “You shoulda been there!”

But ask yourself, what does Bob’s question tell us about him?

That he’s more interested than all of the Members who have never asked us what happened at the Union meeting.

Instead of getting mad at Bob for what he doesn’t do, we can be glad he’s interested - and design a small request that he is ready for.

You can make a deal with Bob: If you find him every month and give him a short report from the Union meeting, he will agree to pass along the most important points to the Co-Workers he has lunch with.

To bring the Union meeting to even more Workers, you’ll need to identify and recruit more volunteers like Bob.

When you do that, you will have a communication structure: A Member-to-Member network.

To Continue Reading This Labor News Story, Go To: https://labornotes.org/2017/09/bring-union-meeting-members