âIn The Face Of The Omicron Variant, It Is Not The Time To Roll Back Protections, But To Fully Enforce And Make Them Permanentâ - Organized Labor âPushes For Permanentâ Health Standard âTo Protectâ Health Care Workers Against COVID-19 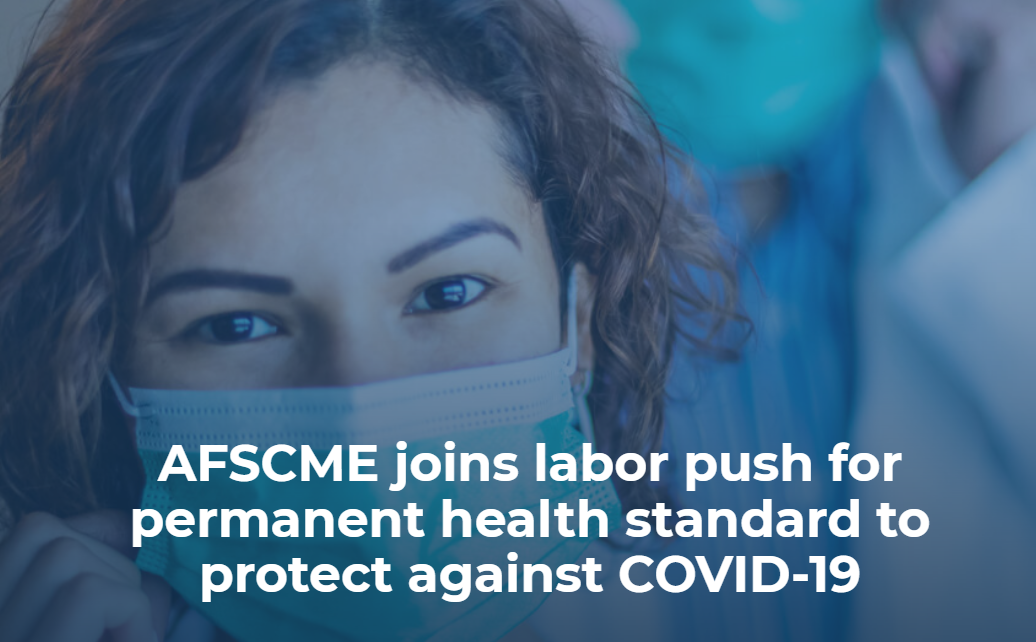 (WASHINGTON, D.C.) – The National AFL-CIO and other leading Labor Unions have asked a Federal Appellate Court to order the Biden Administration to issue a permanent standard that requires employers to protect Health Care Workers against COVID-19.

The Unions petitioned the U.S. Court of Appeals for the District of Columbia Circuit after the U.S. Department of Labor failed to make permanent the COVID-19 Emergency Temporary Standard (ETS) issued by the Labor Department’s U.S. Occupational Safety and Health Administration (OSHA).  That ETS took effect on June 21st, 2021. (Read the petition here)

The Unions are asking the court to issue a Writ of Mandamus ordering OSHA to issue a permanent standard for health care occupational exposure to COVID-19 “aimed at protecting the life and health of millions of Nurses and other Front Line Health Care Workers throughout the United States in grave danger from the deadly Covid-19 Pandemic,” and retain and enforce the ETS until it is properly superseded by the permanent standard.

The failure to retain the existing ETS and to adopt a permanent standard violates the Occupational Safety and Health Act, the Unions said in a press release.

The grave danger that led to issuance of the ETS not only remains, but has dramatically increased with the Omicron variant and current surge in infections and hospitalizations, the Unions said in their release.

On December 28th, one day after OSHA announced its plans to rescind the ETS, the seven-day average for new COVID-19 cases broke all previous records when it reached 267,000 cases.

When OSHA issued the ETS in June, the agency noted that as of May 24th, 2021, the Centers for Disease Control and Prevention (CDC) had reported 491,816 Health Care Workers had contracted COVID-19 and 1,611 had died from it, according to the press release.

The Unions say OSHA’s refusal to issue a national, permanent and enforceable standard requiring employers to protect Workers in health care settings is an extremely dangerous breach of its duties.

Before the ETS was issued, health care employers frequently denied their Employees protections and policies such as Personal Protective Equipment (PPE), testing, isolation and more, according to the release.

“Nurses and Health Care Workers are the heroes who got us through the worst of the pandemic - but we’re not through with (COVID-19) yet.  Just this week, the U.S. hit a record single-day number of (COVID-19) cases - over one million.  Now is not the time for OSHA to remove the lifesaving protections that have allowed those in our health care settings to do their essential work safely and effectively,” AFSCME President Lee Saunders said.

“We must treat the surge in new cases as the crisis that it is.  That means retaining and enforcing the emergency standards originally set by OSHA,” she said. “In the face of the Omicron variant, it is not the time to roll back protections, but to fully enforce and make them permanent.  We have no choice but to turn to the courts to ensure that our Health Care Workers are protected as they provide such critical care throughout this pandemic.”

To Directly Access This Labor News Story, Go To: www.afscme.org/blog/afscme-joins-labor-push-for-permanent-health-standard-to-protect-against-covid-19