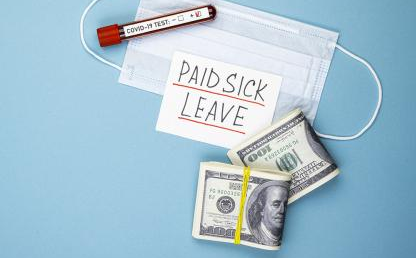 (ALBANY, NEW YORK) - On December 22nd, 2021, the New York Department of Labor (NYSDOL) adopted rules implementing the State’s Sick Leave Law (NY Labor Law §196-b, or the Sick Leave Law), providing long-awaited clarification, which went into effect over a year ago on September 30th, 2020.  The rules were proposed on December 9th, 2020 and adopted without change.

In addition to providing definitions of terms used in the Sick Leave Law, the rules address three topics: (1) Documentation an employer may require to verify an Employee’s eligibility to use sick leave; (2) How to count the number of Employees an employer has for the purposes of determining Employees’ sick leave entitlement; and (3) How to calculate an Employee’s accrual of sick leave.

In addition, the NYSDOL’s response to public comments it received after the rule was proposed, explain how carryover of accrued unused sick leave works.

Documentation: Of importance, employers may not require Employees to provide medical verification for sick leave lasting fewer than three consecutive workdays or shifts.  Employers may require documentation for sick leave of three or more consecutive workdays, but are limited to requesting an attestation from a Licensed Medical Provider supporting the existence of a need for sick leave, the amount of leave needed, and a date the Employee may return to work or from the Employee attesting to their eligibility for leave.  The rules prohibit employers from asking for the reason for the leave or for confidential information, including the nature of an illness, its prognosis, treatment or for details related to the use of safe leave (such as details relating to domestic violence or sexual offense).  In addition, employers are prohibited from requiring Employees to bear any costs associated with obtaining the documentation.

New York City employers should note the City’s Earned Safe and Sick Time Act (ESSTA) prohibits employers from requesting documentation until after an employee has been out for three consecutive workdays.

Determining Employer Size: Under the Sick Leave Law, the amount of leave an employer is obligated to provide to its Employees and whether it is paid depends on the size of the employer’s workforce as follows: Employers with four or fewer Employees must provide 40 hours, which may be unpaid if the employer’s annual revenue is under $1 million; Employers with between five and 99 Employees must provide 40 paid hours and employers with 100 or more Employees must provide 56 paid hours.  Although not stated in the Sick Leave Law or included in the rule, in its response to comments, the NYSDOL advised - contrary to guidance it had previously given - that it “interprets the statute to include all of the employer’s Employees nationwide (in the count),” but that only Employees working in New York State must be provided sick leave under the law.  Thus, for example, an employer with 150 Employees nationwide, but only 20 working in New York State would be required to allow those 20 Employees to accrue up to 56 hours of paid sick leave per year (not 40 hours).

Of note, jointly-employed Employees must be counted by each joint-employer, but are entitled to sick leave from only one joint-employer (for example, no double-dipping).

The rules do not specify what constitutes joint-employment for Sick Leave Law purposes.

To Continue Reading This Labor News Story, Go To: www.natlawreview.com/article/new-york-adopts-rules-clarifying-sick-leave-law