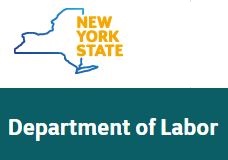 (ALBANY, NEW YORK) - An advocacy group for low-income communities is suing New York State for documents and data that could shed light on the struggle of non-English speakers to get unemployment insurance during the Coronavirus Pandemic.

The National Center for Law and Economic Justice (NCLEJ), a Legal Advocacy Organization, has filed a lawsuit in New York State Supreme Court against the state Department of Labor (DOL) for documents the group requested under the state Freedom of Information Law (FOIL).

According to NCLEJ, Workers who don't speak English as a first language have faced barriers to accessing state and Federal unemployment payments throughout the pandemic, including limited translation services.

Its lawyers are seeking documentation of the policies and procedures the DOL instituted to assist non-English-speakers and data on claims filed by people with language access needs.

"We have all of these very, very troubling anecdotes and we want to get a better picture of what are the agency’s policies, what were they actually doing, how much of this was agency oversight and how much of it was the result of actual documented policies? We just don't know," said Katharine Deabler-Meadows, the NCLEJ Staff Attorney who filed the suit.

She described applicants who could not reach a DOL Representative that spoke their language, Workers being sent notices in the wrong language, and delays in translating important information on the DOL's website.

"Without the DOL complying with their FOIL obligations and giving us the information that they have, it's difficult to get a systemic picture," Deabler-Meadows told The Gotham Gazette.

A DOL spokesperson wrote in an e-mail: “The New York State Department of Labor cannot comment on pending litigation."

Unemployment in the state skyrocketed during the pandemic, jumping from 4% to 16% in April 2020 and remained high for much of the past 20 months.

The economic fallout has landed disproportionately on lower-wage sectors that tend to employ more Immigrants and people with limited English fluency - particularly retail and food services.

In September, multiple Federal Unemployment Programs implemented under the CARES Act expired, including Pandemic Unemployment Assistance (PUA), which was available to individuals who did not qualify for traditional state unemployment insurance, like Gig Workers, people who were self-employed or didn't work enough hours to qualify.

Roughly 900,000 people were receiving benefits through PUA when the program expired.

According to NCLEJ, administrative obstacles at the DOL existed while the agency was administering the programs and continued after they ended.

To Continue Reading This Labor News Story, Go To: www.gothamgazette.com/state/10995-ny-state-department-labor-sued-employment-insurance-info