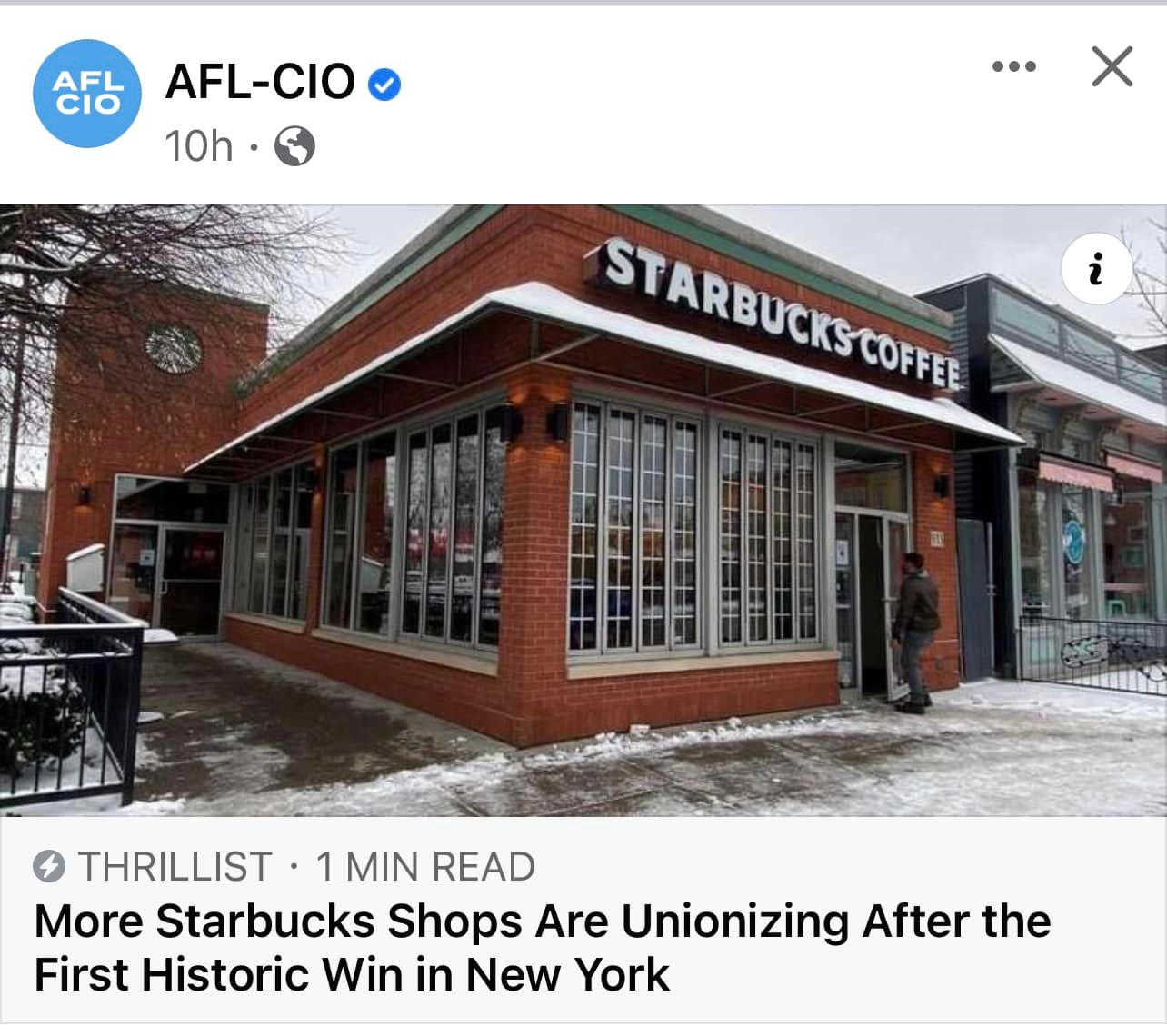 The Buffalo store made history as the first company-owned Starbucks to successfully form a Union, despite corporate pushback.

The Massachusetts stores in Boston and Brookline sent a letter of intent to Starbucks CEO Kevin Johnson on December 13th, in which the Workers cited the Buffalo victory as a source of inspiration.

"It really reminded us that our voice matters quite a bit and it's very often not listened to, so we were really just feeling empowered to come together, amplify our voices and tell corporate what we think can make Starbucks even better than it already is," KyIah Clay, a Barista at the Boston location, told The Guardian.

The Workers in Massachusetts said they expect to face similar challenges in their efforts to Unionize as their colleagues in Buffalo.

After the first Buffalo victory, Starbucks' Corporate Office posted a letter expressing disappointment with the turnout.

However, the Buffalo store started a growing movement across the country.

Three additional stores in Buffalo and one store in Mesa, Arizona are already in different phases of forming a Union. 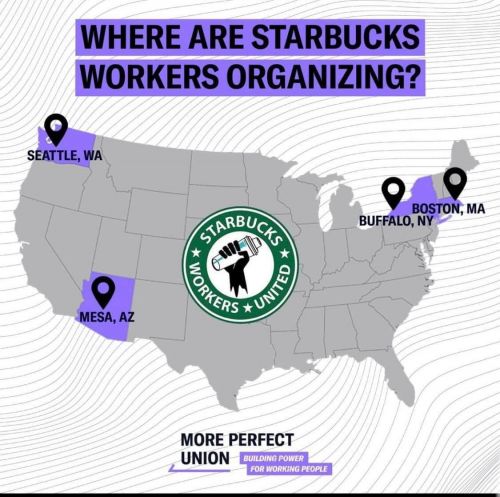 A Labor Union, as defined by Merriam-Webster, is "an organization of Workers formed for the purpose of advancing its Members' interests in respect to wages, benefits and working conditions."

A Union typically offers protection from unfair work practices and allows people with less power in a company or workplace to team up and negotiate with bosses, executives and other higher-ups.

In order to form a Union, a workplace must have 30% of workers sign a Union Card or a Petition stating their support.

The National Labor Relations Board (NLRB) will then conduct an election - unless the employer voluntarily recognizes the Union.