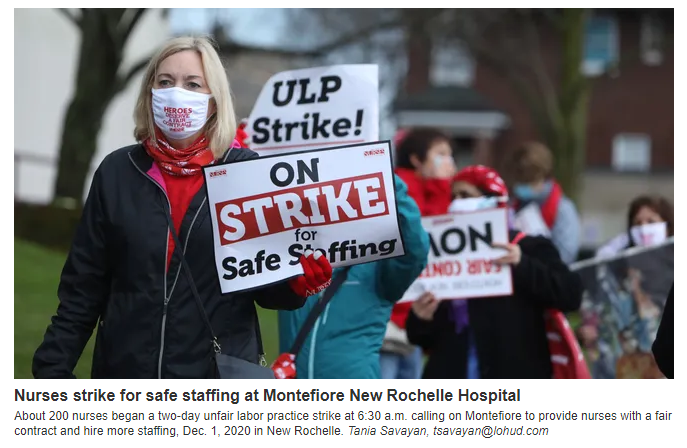 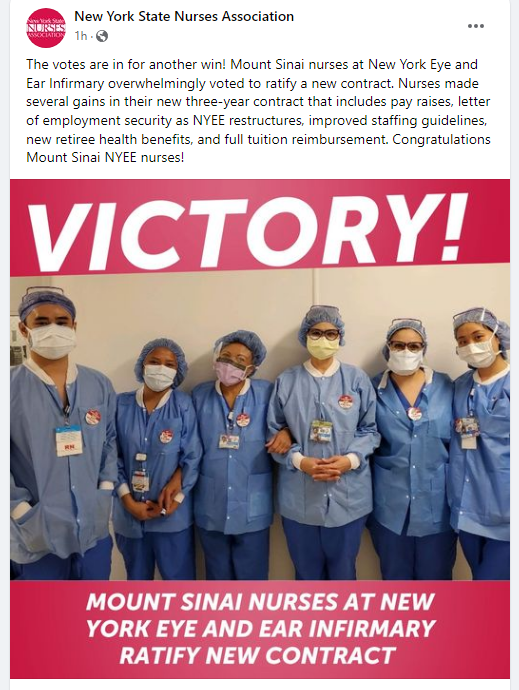 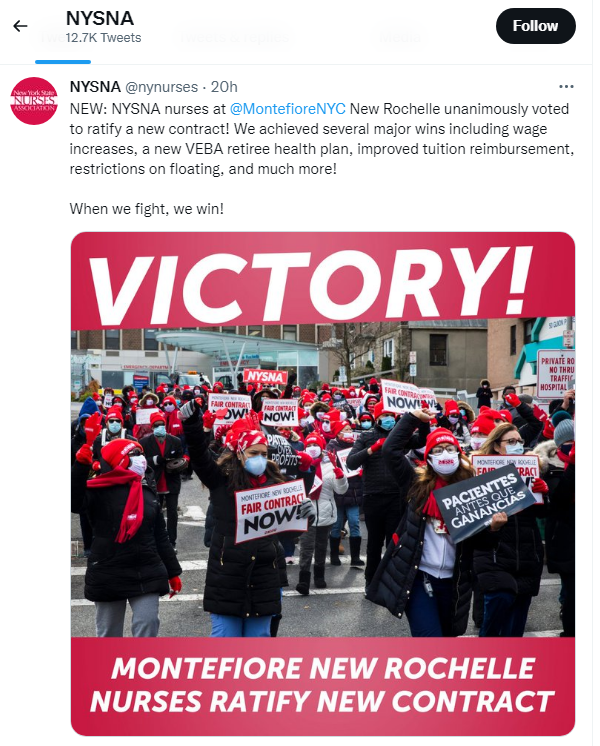 No additional details were immediately made available on the contracts by NYSNA.

NYSNA Nurses had been on Strike at Montefiore New Rochelle Hospital.

About 200 conducted a two-day Unfair Labor Practice (ULP) Strike after calling on Montefiore to hire more Nurses and improve wages and benefits.

The two sides had not been able to agree on a contract for two years.

The Strike took place as hospitalizations across Westchester from COVID-19 recently exceeded 200.

For More On The Strike At Montefiore New Rochelle Hospital, Go To: www.lohud.com/story/news/local/westchester/new-rochelle/2020/12/01/nurses-strike-montefiore-new-rochelle-hospital-begin-contract-talks-fail/6469959002/