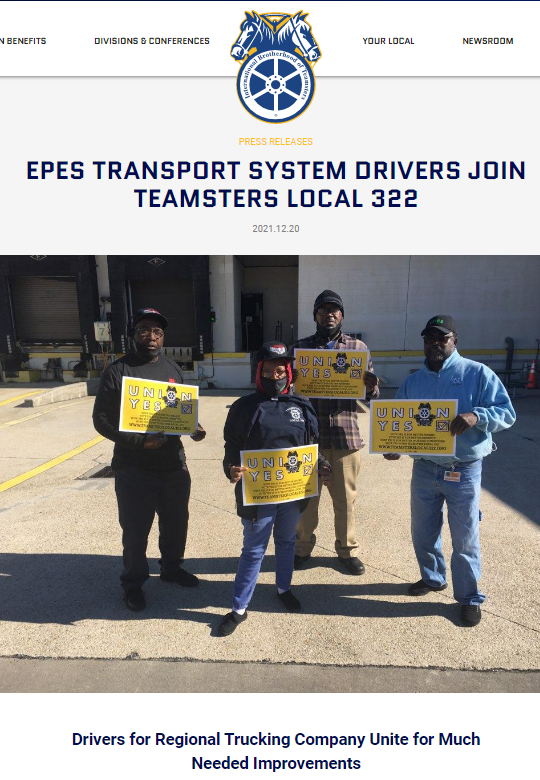 The 60 Drivers work for the Regional Trucking Company, hauling everything from tobacco products to cat litter and paper products.

“The Workers put together a letter to submit to management detailing their concerns about the poor working conditions.  When the letter fell on deaf ears, we began to work with them.  We’re happy to welcome these hard-working Drivers to the Teamsters,” Teamsters Local 322 President Brian Peyton said.

The Tractor-Trailer Drivers do not receive overtime pay, have no sick days - which is of particular concern during a global pandemic, have not received any recent Cost-of-Living increases and are not paid when the company is closed for holidays, the Union said.

The conditions have led to problems retaining Drivers, putting more strain on the current Drivers.

During the Organizing Campaign, the company held captive audience meetings with the Workers in an effort to convince them not to form a Union.

However, the Workers were determined.

Only 72 days after they began their organizing drive, the Workers joined Local 322.

“We want to help these Workers have a voice and a fair contract.  They want to be heard and that’s what we’re going to make sure happens,” Teamsters Local 322 Organizer and Recording Secretary Dwayne Johnson said.