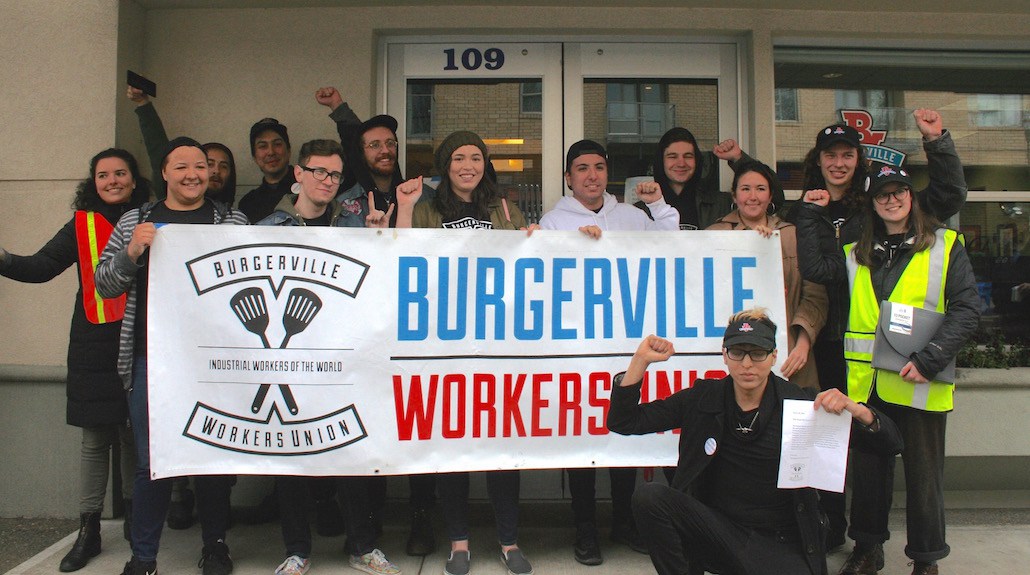 (THE STATE OF OREGON) – Unionized Workers at five Burgerville locations have voted to ratify a contract, making them the Nation’s first Fast Food Employees to be covered by a Collective Bargaining Agreement.

“Burgerville has always valued Employees and invested in their well-being.  As the first in the Fast Food Restaurant Industry to offer affordable health care to employees in 2006, it’s no surprise to be the first with a Union contract,” Burgerville CEO Jill Taylor said in a statement.

“What a great new chapter in our sixty-year history,” Taylor said.

Ninety-two-percent of Burgerville Workers Union Members voted in favor of the contract, with three-quarters of workers participating in the Union Election, according to the Industrial Workers of the World, which led the organizing effort.

The new deal includes provisions for a three-month set schedule, paid vacation and parental leave, new “just cause” requirements for Workers facing discipline or firing, and job safety improvements, according to the Industrial Workers of the World.

The deal also enshrines into the contract shift meals, paid holidays and an increase in starting wages from $14.25 to $15 an hour.

Some of the changes, including allowing tipping and loosening the dress code, have been extended to all Burgerville locations.

“We’re proud of the work we’ve done,” Chief Union Negotiator Mark Medina said in a statement. “This would not be possible without the courage and persistence of Burgerville Workers who took action and stayed strong in solidarity with local Labor and the community.”

The new accord between Labor and management ends more than three years of sometimes strained negotiations, which spurred picket lines and protests, required help from Federal Mediators and inspired a boycott that has technically been in place since 2018.

To Directly Access This Labor News Story, Go To: www.oregonlive.com/business/2021/12/burgerville-employees-ratify-contract-establishing-first-fast-food-union-in-us.html?utm_source=facebook&utm_medium=social&utm_campaign=theoregonian_sf&fbclid=IwAR3E3qnKrCk22nJabG3Lvad5BBfOmjDI-sDQUSvoSoPumkWh9W06