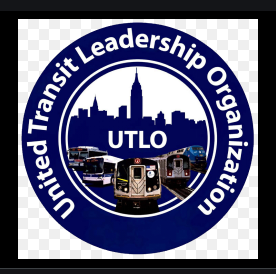 The relatively new Union recently negotiated a contract with the MTA that will add much-needed improvements to the conditions of Workers.

LP: When was the contract ratified?

MB: The contract was ratified by the MTA Board on December 15th.  It’s fully ratified.  We’re just waiting on some dates as far as general wage increase and the compression raise, etc.

LP: So what’s in the contract?

MB: Just a note, first - November 29th was the Member ratification - and it was ratified by an absurd number: 97.5% of the voters ratified the contract.  The contract calls for two 2% raises over 30 months, general wage increases - fully retroactive, one for 2020, one for 2021.  The big thing in this contract is we raised what’s called the “compression floor,” which is every salary level has a minimum and a maximum and we’ve raised all the minimums, which will result in significant additional increases for anyone who’s below the new minimums.  And that was big because they haven’t done that in about 15 years and it’s never been contractual because the last time they did that there was no Union.  This Union’s relatively new, this is our first Collective Bargaining Agreement for our Members in the Subway Division of the MTA and it’s our second for our Members in the Buses Division.  And support - support would be first.  The ratification numbers really speak for themselves but that compression increase that we talked about is something that hasn’t happened in a long time and that we hope is going to result in better lives for not only the Membership, but for the Authority and the riding public as well, because the Authority has had a heck of a time trying to get its Supervisory Staff to move into the managerial ranks.  Our Union is a Managers’ Union. We believe we’re the only managers union in the country. And we think that this compression will encourage people at the supervisory level in the MTA to move into the managerial ranks.  Right now, they’re having a very difficult time filling the managerial ranks with internal promotees.  They keep having to hire from the outside, which is far from ideal because they’re getting people who don’t really understand the MTA’s corporate culture and they’re having some real problems with that.  I think this is going to benefit not only our Members, but the Members in subordinate Unions and other managers and the riding public.

To Continue Reading This Labor News Report, Go To: www.laborpress.org/utlo-secures-significant-gains-from-mta-spurs-more-transit-unionization-around-the-country/