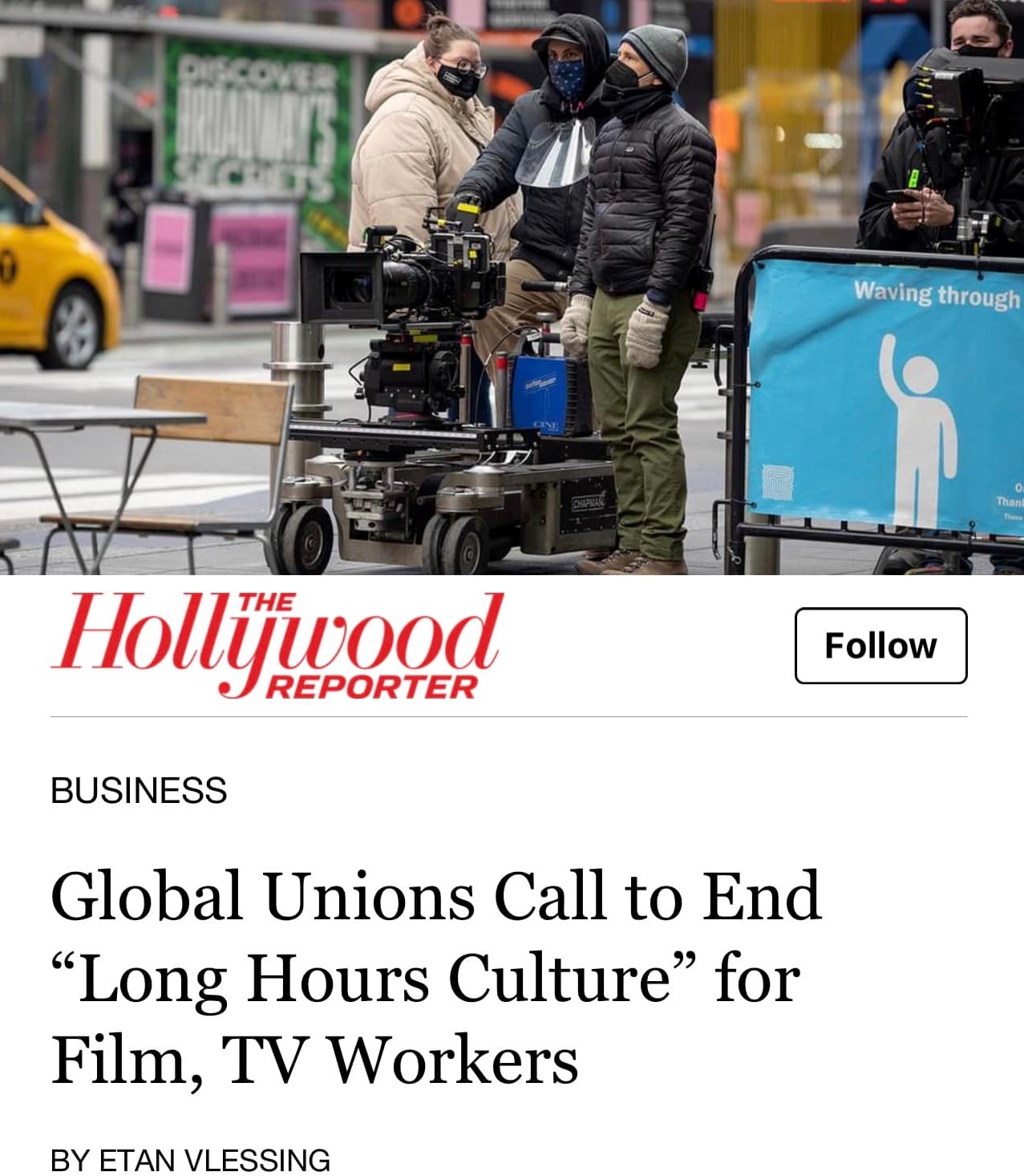 Global Unions and Guilds have called for the Film and TV Production Industry worldwide to end a “Long Hours Culture” that has only worsened during the current post-COVID vaccine surge in filming.

In a report titled Demanding Dignity Behind The Scenes, UNI Global Union - which represents 20 million Film, TV and Arts Workers worldwide, called for production wages and working hours to respect collective agreements, “or in their absence national legal standards.”

The organization, which includes 140 Unions and Guilds in over 70 countries, including the International Alliance of Theatrical Stage Employees (IATSE) in North America, urged that overtime on film and TV sets be voluntary, “not required on a regular basis, and must always be compensated at a premium rate.”

The report and its recommendations follow a survey of UNI Global Union Members that found 60-hour work weeks are normal across the Film and TV Industry worldwide, leading to excessive hours, insufficient rest and “life-threatening levels of fatigue.”

UNI Global Union added: “Abuses increased significantly in 2021 as companies tried to make up for time lost during the pandemic hiatus.”

Minimum standards urged for Film and TV workers worldwide include adequate daily and weekly rest time, meal breaks, health care “and the opportunity to connect with family and friends” denied by weekend work.

The call to action from UNI-affiliated Unions follows on the heels of IATSE voting to ratify a new three-year Basic Agreement with the studios and streaming services amid an emboldened Labor Movement in Hollywood and concerns over key issues such as pension and health plans, livable wages, and rest periods among the Membership.

“What happens in Hollywood is setting a pattern for working conditions globally,” the UNI affiliated Unions wrote.

The report indicates some International Locals - like Germany and Sweden, have secured improved working hours for Film and TV workers through negotiations, while other markets - like Latin America and other parts of Europe, remain trouble spots for labor relations.

For example, in France, requirements for Film and TV Crew Members to work overtime and on weekends are increasing.

“This becomes a problem for all Workers when the provisions of Collective Bargaining Agreements are not followed and when producers ask Crews to work the maximum hours allowed more often than the standard workday,” the UNI Global Union report stated.

To Directly Access This Labor News Report, Go To: www.hollywoodreporter.com/business/business-news/global-unions-call-to-end-long-hours-culture-for-film-tv-workers-1235062384/