Coal Miners' Union Urges Manchin To Reconsider His Opposition To President Bidenâs Build Back Better Plan - As âCountlessâ Interest Groups Call On Manchin To Reverse Course, The Mine Workersâ Statement âMight Be The Most Impactfulâ 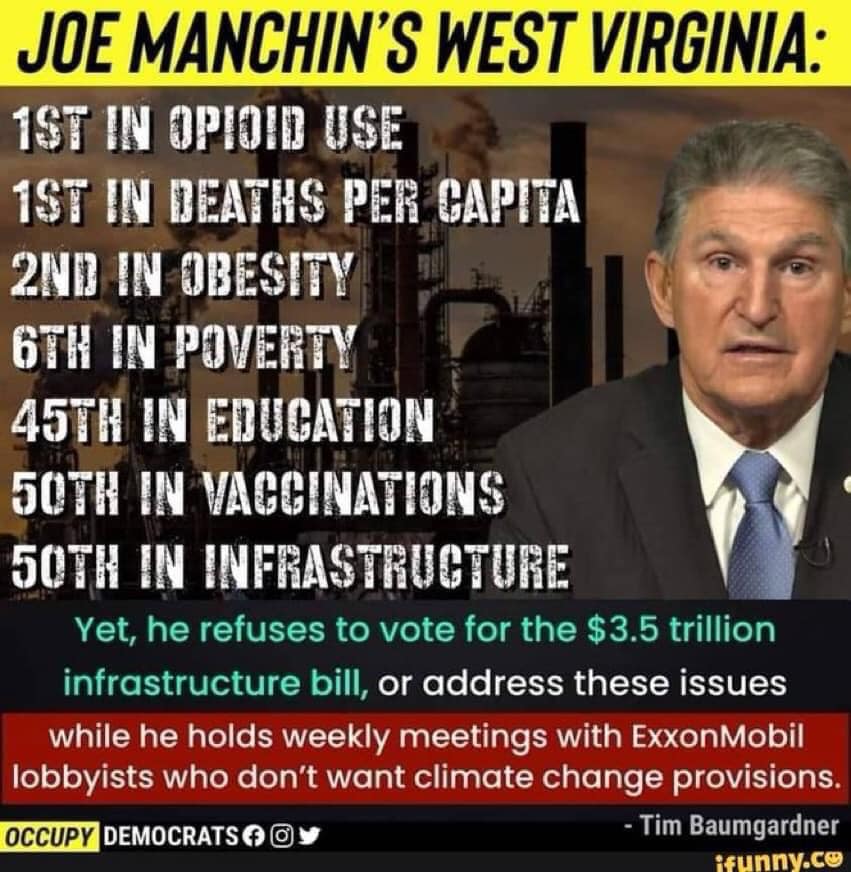 The Labor Union noted the Bill includes an extension of a fund that provides benefits to Coal Miners suffering from Black Lung disease, which expires at the end of the year.

The UMWA also touted tax incentives that encourage manufacturers to build facilities in coalfields that would employ thousands of Miners who lost their jobs.

“For those and other reasons, we are disappointed that the Bill will not pass,” Cecil Roberts, the Union’s President, said in a statement. “We urge Senator Manchin to revisit his opposition to this legislation and work with his colleagues to pass something that will help keep Coal Miners working and have a meaningful impact on our Members, their families and their communities.”

Manchin on Sunday (December 19th) announced he would not support the Democrats’ roughly $2 trillion climate and Social Spending Bill, dooming its chances in the 50-50 Senate.

He said that lawmakers should instead address inflation, the national debt and rising COVID-19 cases.

As countless interest groups call on Manchin to reverse course, the statement from the Mine Workers’ Union might be the most impactful.

Manchin was born into a coal mining family and for decades has worked closely with the UMWA, which named Manchin an honorary Member last year.

“Standing alongside the UMWA Members while they fought tooth and nail to secure the pension and health care benefits they rightfully earned has been one of the greatest honors of my life,” Manchin said in a statement at the time.

Manchin, who owns stock in a coal brokerage firm, played a key part in overhauling the Bill’s Clean Energy provisions and pushed for the measure to incentivize new Clean Energy jobs for displaced Coal Workers.

Roberts added in his statement that the spending package includes a provision to penalize companies that deny Workers the ability to Unionize, a measure taken from the larger Pro-Union Protecting the Right to Organize (PRO) Act that Manchin supports.

“This language is critical to any long-term ability to restore the right to organize in America in the face of ramped-up Union-Busting by employers,” he said. “But now there is no path forward for millions of Workers to exercise their rights at work.”