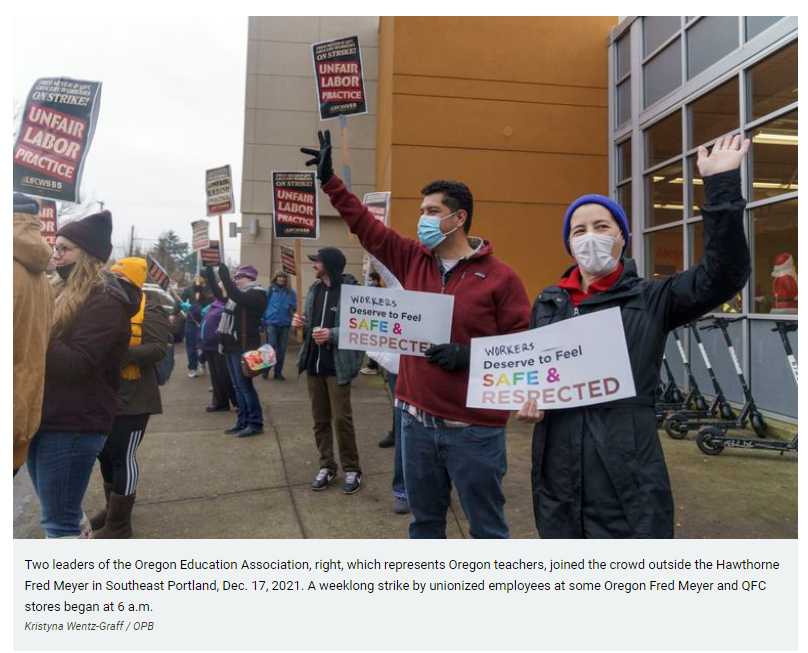 (THE STATE OF OREGON) - The Union representing thousands of Oregon Grocery Workers reached a tentative contract agreement with management late last week, ending a Strike that was scheduled to run through Christmas Eve.

The Union has been in negotiations for months with the Kroger-owned supermarket chains.

UFCW announced its members had authorized a strike, which began late last week at stores in Portland, Bend, Newberg and Klamath Falls.

After the Strike Authorization, at least one Fred Meyer store posted a sign saying it was seeking temporary Workers willing to cross picket lines (pictured below). 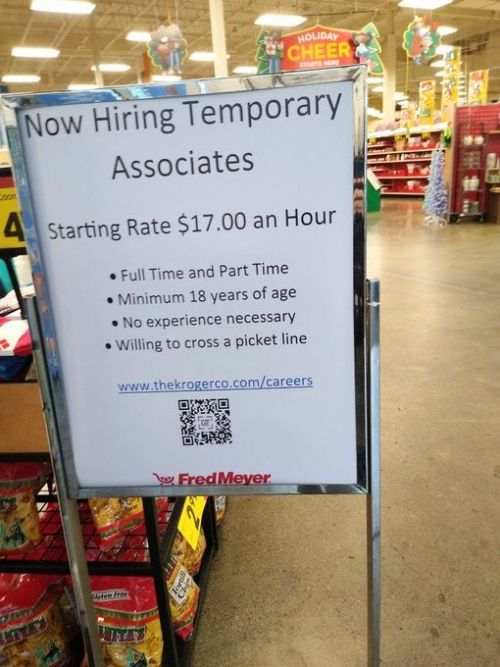 Prior to reaching a tentative agreement, Union Representatives said Fred Meyer had been underpaying certain workers in violation of contract terms.

A UFCW spokesperson has also said the grocery chain hasn’t been providing necessary information to the Union to refute or verify its concern or to address it through the grievance process.

The UFCW said this inadequate pay and lack of documentation constituted Unfair Labor Practices and it was on the basis of these unfair labor allegations that the UFCW had been preparing to Strike.

A spokesperson for Fred Meyer has said the company is following, and plans to continue to follow, applicable Labor Laws.

To Directly Access This Labor News Story, Go To: www.opb.org/article/2021/12/18/union-grocery-workers-reach-tentative-agreement-ending-strike-at-fred-meyer-qfc-stores-in-oregon/