For The âThird Straight Year,â NALC Branch 3âs Buffalo Members Are Honored As âNALC Heroesâ - Receive A Unit Citation From Their National Union For Their Efforts That Helped A Veteran Through Summertime Heat 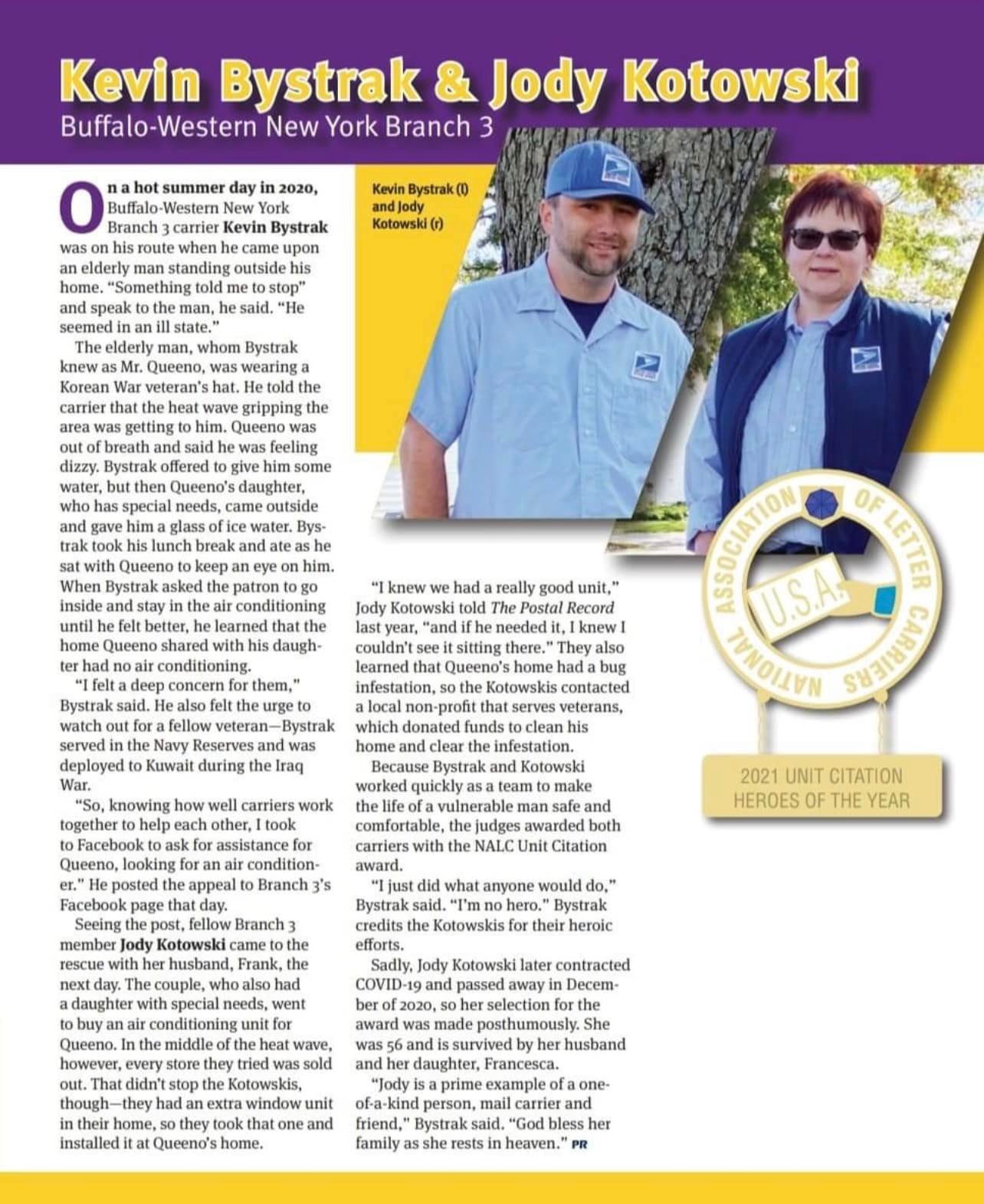 (BUFFALO, NEW YORK) – For the third straight year, Members of National Association of Letter Carriers’ (NALC) Branch 3 in Buffalo have been honored as NALC Heroes, this time receiving a Unit Citation for their efforts that helped a local Veteran through Summertime heat.

Kevin Bystrak and the late Jody Kotowski - who was Western New York's first Mail Carrier to die of COVID-19, were recognized by NALC (read their story below).

NALC Branch 3 President David Grosskopf, Jr. tells WNYLaborToday.com that in each of the past three years that he has been President of the Western New York NALC Branch, his Branch’s Members have been honored by its National Union for their good deeds.

“I’m ‘very proud’ of them,” Grosskopf said.  “Kevin saw a man ‘struggling, helped him and then put out a request on our Western New York Facebook Page and Jody stepped up with an air-conditioner in his home.’”

“Our Members ‘are out in the community and we know what’s going on in our communities.’  ‘It’s like they (Branch 3 Members) ‘never take their uniforms off,’” he said. 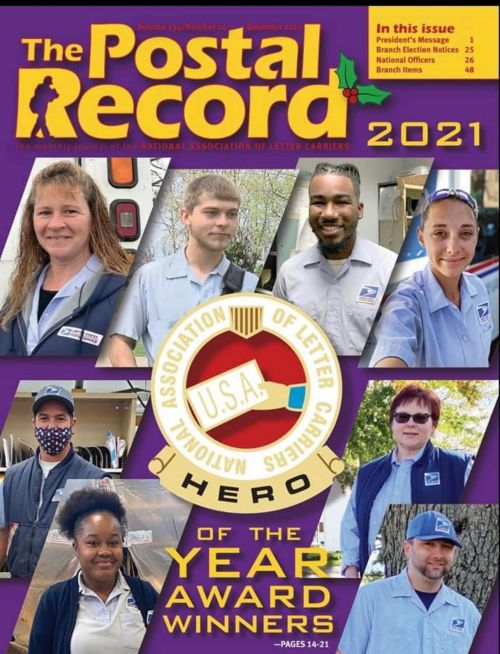 In one of her last communications before she succumbed to COVID-19, Grosskopf said Kotowski texted a fellow Branch 3 Member from the hospital, telling that individual to relay a message to all area NALC Members: “Wear your goddamn masks.”

“That was the kind of person she was, right up until her last breath,” Grosskopf said of Kotowski.

Kotowski (Pictured Below/Photo Courtesy of NALC Branch 3) was a 23-year Branch 3 Member who delivered the mail in Downtown Buffalo and had served as a Steward and Editor of the Union’s local newspaper: The Buzz.

She was admitted to Millard Fillmore Suburban Hospital with Coronavirus symptoms on December 18th, 2020.  Just two days later, on December 20th, she passed at the age of 56 - leaving behind a husband of 22 years and a special needs daughter, age 21.

For More On Past NALC Branch 3 Members Who Have Been Honored By Their National Union, Read WNYLaborToday.com’s October 2020 Labor News Report, Headlined: Honoring ‘Heroic’ Letter Carriers: One Of The National Association Of Letter Carriers’ Annual Heroes Of The Year Award Goes To Buffalo/Western New York Branch 3 Member Joshua Detlef, Who Helped Save A Family From A Burning Home At www.wnylabortoday.com/news/2020/10/28/buffalo-and-western-new-york-labor-news/honoring-heroic-letter-carriers-one-of-the-national-association-of-letter-carriers-annual-heroes-of-the-year-award-goes-to-buffalo-western-new-york-branch-3-member-joshua-detlef-who-helped-save-a-family-from-a-burning-home/

And For More On Branch 3’s Jody Lynn Kotowski, Go To: www.wnylabortoday.com/news/2021/01/06/buffalo-and-western-new-york-labor-news/nalc-branch-3-s-jody-lynn-kotowski-wny-s-first-mail-carrier-to-die-of-covid-19-showed-her-concern-for-her-fellow-union-members-until-the-very-end-texting-them-to-wear-their-masks-after-she-was-admitted-to-a-buffalo-hospital/