(BUFFALO, NEW YORK) - The National Labor Relations Board (NLRB) confirmed last week that Workers United will be certified as the Collective Bargaining Representative for partners at the Starbucks Elmwood location in Buffalo, New York.

Partners just made history when they won an election to form a Union, the first of its kind among Starbucks corporate stores in the United States. 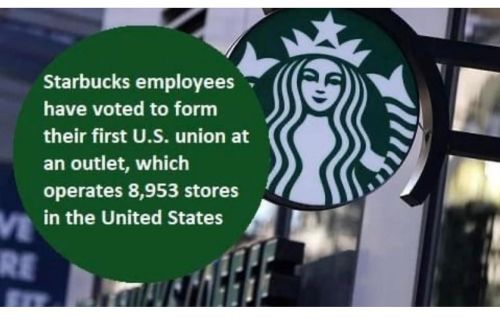 Following the NLRB certification, the Union released the following statement: With this news, we are reiterating their request that Starbucks accept the certification, drop its historic Anti-Union Campaign, and sign the Starbucks Agreement for Equity and Sustainability agreeing to respect the right to organize and bargain a contract that will set a new industry standard.

Michelle Eisen, a leader at the Unionized Elmwood location, said: “I know so many of us are struggling to recognize the original company we started working for.  Starbucks was supposed to be a company founded on nurturing the human spirit and yet it’s clear they spared no expense to try to stop the movement in Buffalo - but today was a big step forward.  Our Union is certified and we're offering an olive branch to Starbucks.  We're asking them to put the past behind us, to sit down at the bargaining table to show the world they're ready to bargain with their partners.” 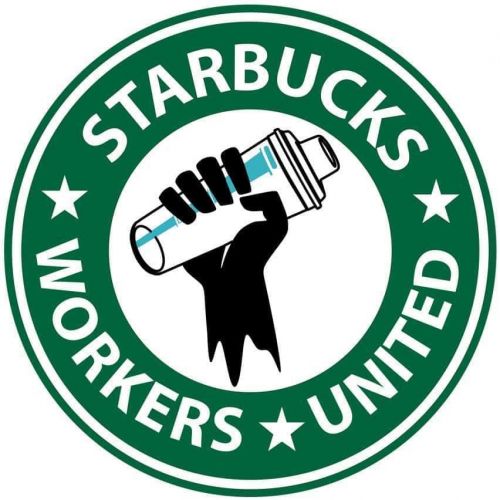 Jaz Brisack, another leader at the Elmwood store, said: "We don't want to fight Starbucks - we're asking them to turn over a new leaf.  We're asking them to drop this Anti-Union Campaign and end this Union Busting. We have to ask, why are abusive out-of-state 'support' managers still in our Buffalo community?  On the day of the election we asked Starbucks to sign a set of principles.  Those principles mean Starbucks would recognize our vote and sit down to negotiate a contract that both the Partners and Starbucks can be proud of.  We hope Starbucks takes this opportunity to sign the agreement, respect all of their Partners' right to organize, and sit down with their Partners at the bargaining table.”

Attorneys working on behalf of the partners filed objections with the NLRB in regards to the vote undertaken at the Camp Road Starbucks store.

The newly-formed Union, which registered a historic victory by winning a Union at the Elmwood store and a clear majority of eligible voters at its Suburban Genesee Street location across the Buffalo Niagara International Airport, contends the Anti-Union Campaign undertaken by Starbucks corporate was so intense at its Camp Road store in nearby Hamburg that it dramatically and negatively affected the result of the vote.

An objection is a process whereby the Partners can challenge the results of the election itself.

This process is separate from the challenging of individual ballots that occurred during the count.

Ian Hayes, an Attorney representing the Union, said: “We are filing objections to the results of the vote at Camp Road because there’s no question the company’s Anti-Union Campaign caused those results.  We saw Starbucks run an overwhelming and coercive campaign for months and we believe we can prove to the NLRB that the company’s actions permeated the environment at Camp Road, negatively affecting everyone who voted.  Under the law, voters are supposed to experience ‘laboratory conditions’ in the time between asking for an election and casting their vote, so they can make a rational decision based on their interests.  Starbucks spent millions and did everything it could to comprehensively deprive Partners of such conditions.  The company robbed Starbucks partners of a fair vote.  We are fully confident that the NLRB will come to that conclusion swiftly, and that partners at Camp Road will be able to have their voices heard clearly at the end of that process.”

The organization is headquartered in Philadelphia, Pennsylvania.