âWe Could Unleash Unprecedented Organizingâ - Meet National AFL-CIO President Liz Shuler, The Woman Who Is âOn The Brink Of Transforming Labor In America For The Young & Reshuffling Workforceâ 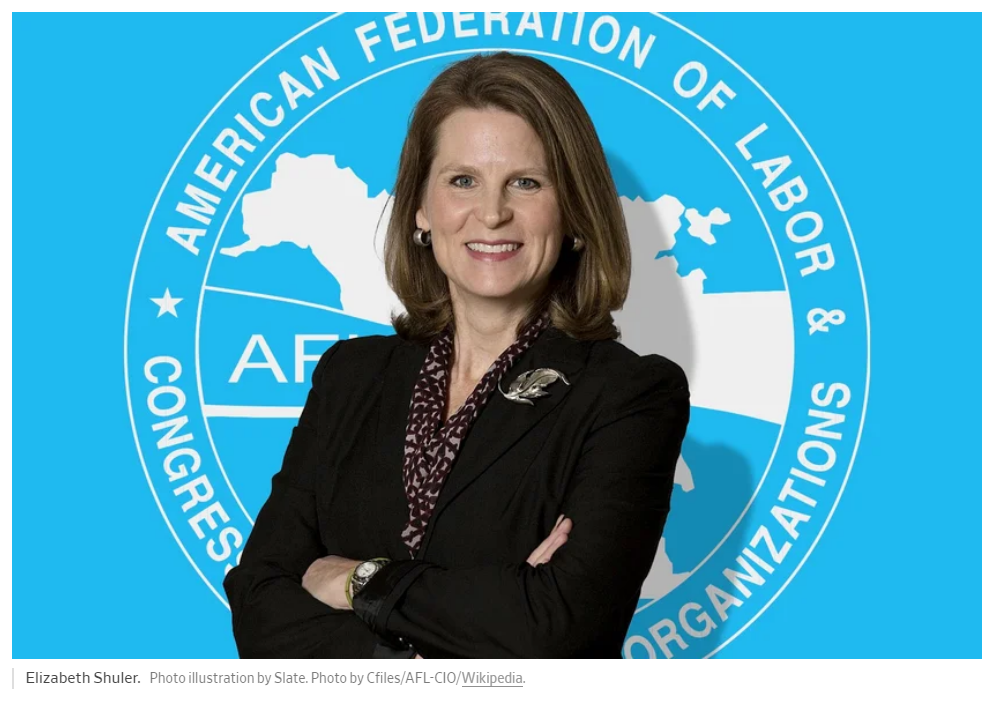 (WASHINGTON, D.C.) - When Liz Shuler rides on an airplane, she often has an experience that will be familiar to most travelers: Her seat mate asks, "What do you do?"

Five years ago, after saying she worked for a Labor Union, Shuler said, most people would put their noses back in their books.

But today, she's met with reactions like "awesome" and "amazing."

"There's a genuine excitement out there," Shuler said.

It's not just airplane riders who are excited.

More than 100,000 American Workers at companies like John Deere and Kellogg's voted to authorize strikes in October and November to demand better pay and working conditions.

Despite decades of declining Membership, Labor Unions are enjoying their highest approval ratings among Americans since 1965, as well as support from President Joe Biden who said he intends "to be the most Pro-Union President, leading the most Pro-Union Administration in American History."

As corporations raked in record profits this year, Workers have started to again use their collective power to lift standards for entire communities and demand that they reap some of that financial windfall.

Shuler is at the forefront of the change, as the first Female President of the country's largest Labor Federation, the National AFL-CIO, which works with 12.5 million Members at 57 Unions, including the Unions representing Strikers at Deere and Kellogg's.

She's not considering 2021 a victory, but just the start: "If we're not looking through the lens of how to grow our movement, we're really missing the point."

Shuler made history as the first woman to helm the Labor Federation after being elected in August when long-time leader Richard Trumka unexpectedly passed away.

She is set to fill the role until next Summer and told Politico she plans to run for re-election in June.

Now, as she approaches her 100th day in office, Shuler is focused on turning this "pivotal moment" of potential into lasting change.

"That's my hope - if we look back (100) years from now, it'd be like, this was the moment that we organized like never before and brought the opportunity for a Union to every Working Person in the country," Shuler told Insider.  "The challenge we have in front of us is, how do we build the Labor Movement to meet the moment and build on all this energy and enthusiasm?"

Much of the answer, she's said, lies with young Workers and those who no longer want to settle for low-paying work, amid the so-called labor shortage.

Shuler said that during October, she was out on more picket lines than she could count: "(I've) been so moved by the courage that I've seen and the solidarity of Workers having each other's backs."

To Continue Reading This Labor News Report, Go To: www.businessinsider.com/liz-shuler-president-aflcio-gen-z-unions-first-100-days-2021-11

Her term in office will be evaluated on how well she defends Unionized Workers in heavy industry - which is now under threat from the Green New Deal.

Who are these Workers?

They are the Unionized Workforce that man our coal, natural gas, nuclear and hydro power plants.

They are the Workers who run our petroleum refineries and drill our gas and oil wells, and transport these products and commodities via truck and rail and sea.

They are the Workers who mine the coal and iron ore and copper and bauxite that supply our mills.

They are the Workers who produce U.S.-made steel and iron and aluminum and autos and trucks.

They are the Workers who drive our truck and railroad engines.

They are the Workers who man our ships and barges and lake and river freighters.

They are the Workers who build our aircraft and launch our naval ships.

They are the backbone of American heavy industry and of this republic.

How she defends these Workers against attack by Far Left Extremists intent on destroying American heavy industry and replacing that industry with foreign made products will determine whether she should be "re-elected" as our National Labor Leader.

Protecting good paying industrial jobs in the CIO should her top priority, nothing else will suffice.

Those of us who worked in these industries are watching. Posted by Craig E. Speers, Buffalo CLC Executive Board - Ret on December 3, 2021 at 6:49 pm