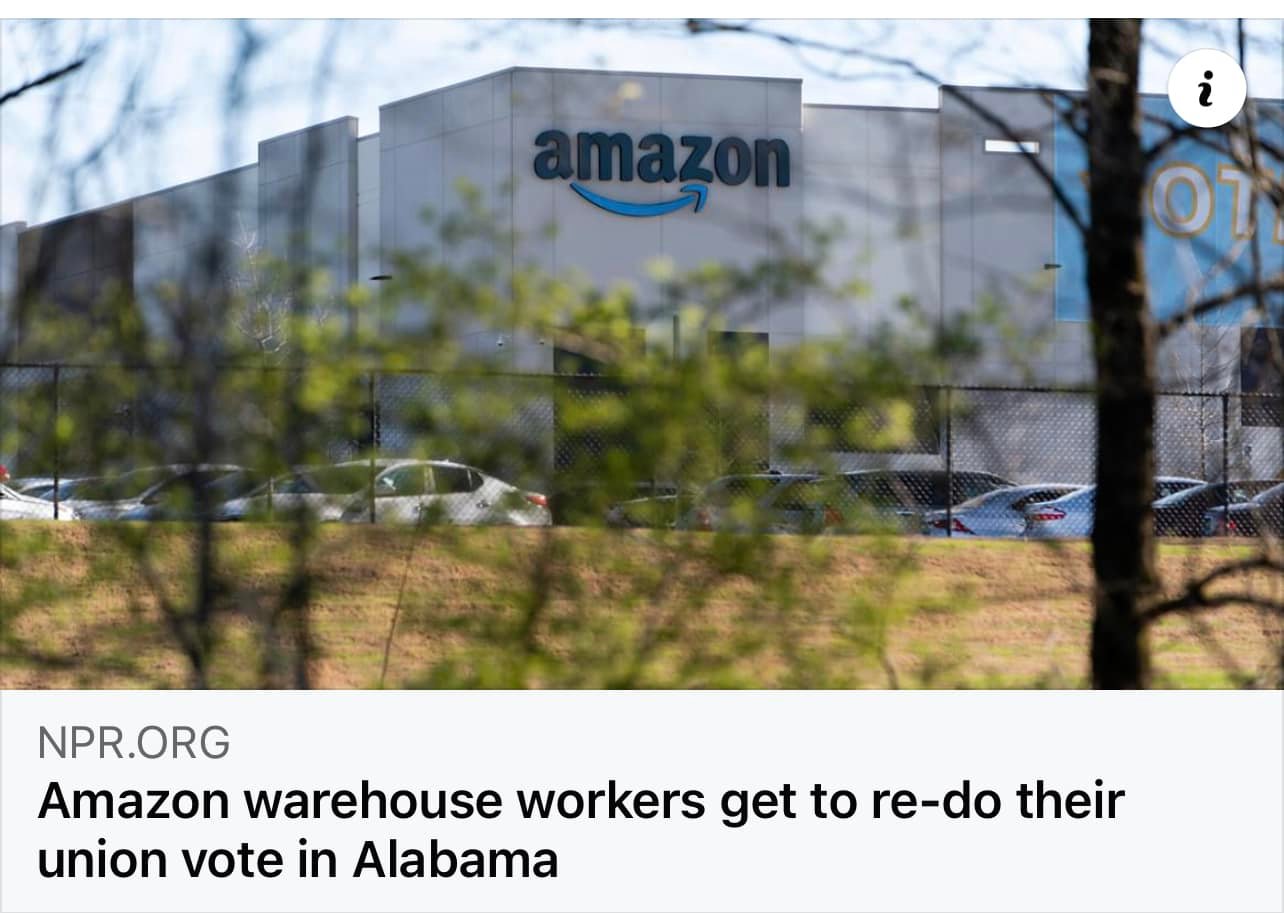 (BESSEMER, ALABAMA) - Amazon Warehouse Workers in Alabama are getting a new vote on whether to form the company's first Unionized warehouse in the United States.

A U.S. Labor Board Official is ordering a re-vote after an agency review found Amazon improperly pressured Warehouse Staff to vote against joining a Union, tainting the original election enough to scrap its results.

The decision was issued Monday (November 29th) by a Regional Director of the National Labor Relations Board (NLRB).

Amazon is expected to appeal.

The news puts the warehouse in Bessemer, outside Birmingham, back in the spotlight as a harbinger of Labor Organizing efforts at Amazon, which is now America's second-largest private employer with over 950,000 Employees.

The Union Drive is being led by the Retail, Wholesale and Department Store Union, whose  President - Stuart Appelbaum, hailed the development: "(The) decision confirms what we were saying all along - that Amazon's intimidation and interference prevented Workers from having a fair say in whether they wanted a Union in their workplace."

During the first attempt in early 2021 - seen as the most consequential Union Election in recent history - Bessemer Workers voted more than 2-to-1 against Unionizing.

It was a stinging defeat for the high-profile push to organize Amazon's U.S. Workers, after gaining nationwide support, including from President Joe Biden, other politicians and celebrities.

That vote, tallied in April, was held by mail due to Coronavirus Pandemic concerns.

More than half the Warehouse Staff had cast ballots.

The NLRB held a hearing before the hearing officer last month recommended a do-over of the Bessemer election.

Amazon appealed the recommendation, saying it did not act illegally or intimidate Workers and called on the agency and the Union to accept the choice of the Bessemer Workers.

The Union maintained that Amazon "cheated (and) got caught."

Unions are a prominent presence at Amazon in Europe, but the company has so far fought off Labor Organizing efforts in the United States.

The election in Bessemer was the first Union vote since 2014.

Meanwhile, the Teamsters Union has passed a resolution that would prioritize its Amazon Unionization Campaign.

In October, workers from a Staten Island warehouse cluster in New York petitioned Federal Officials for a Union Election, but later withdrew the request.