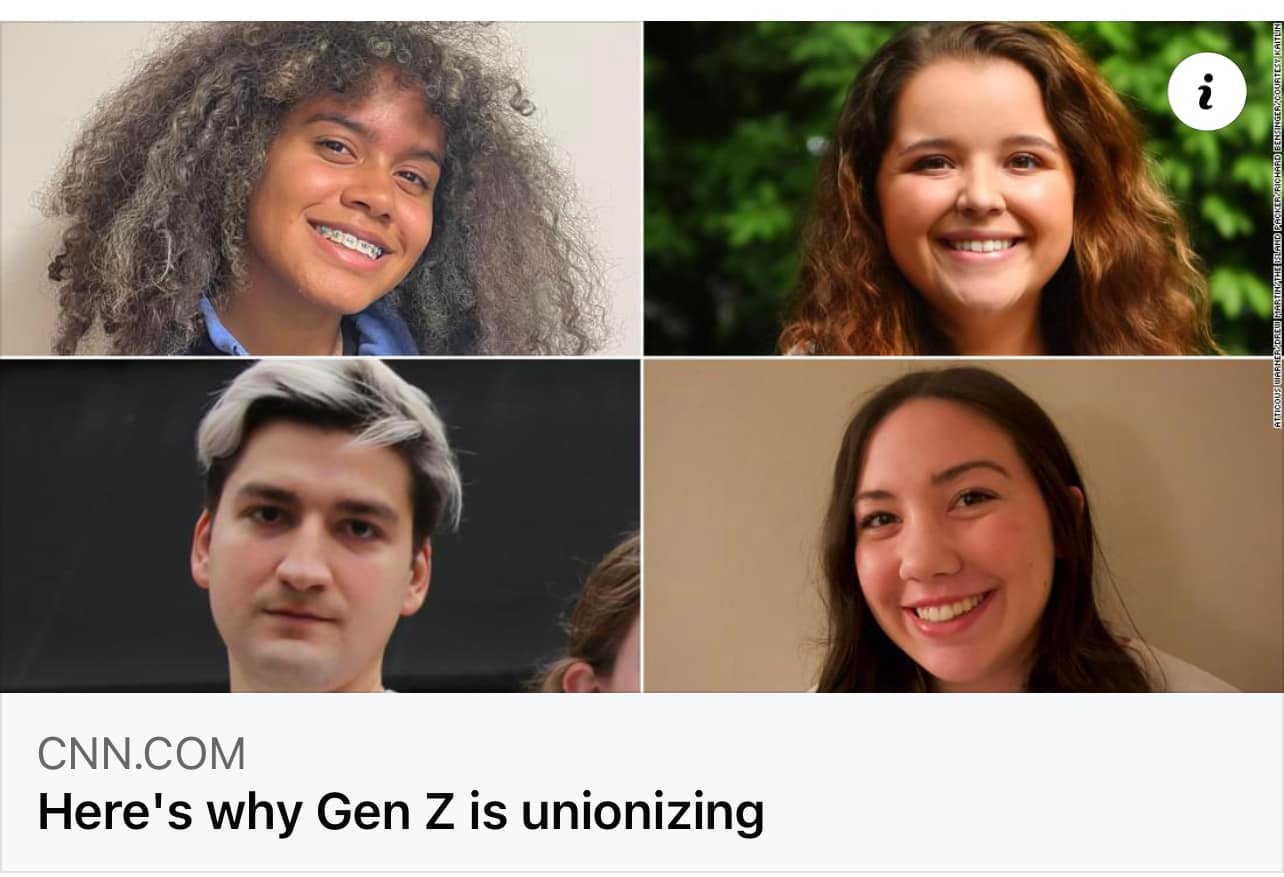 Even among the generally youthful demographic of Starbucks Workers Unionizing in Buffalo, New York, 17-year-old Maya Panos is younger than most.

In her short stint as a member of the labor market, the high school senior says she lost economic stability - Panos was laid off from her first job as a Hostess due to the Coronavirus Pandemic.

"It was just a really terrible time," Panos said. "The structure of my life was falling apart in front of my eyes and I couldn't do anything about it."

She joined Starbucks in mid-July, a month before her franchise announced its Union Campaign, and soon realized that even as a part-time Employee, working conditions could improve.

"You just have customers’ straight-up verbally abusing you," Panos said. "You get like a ($1 or $2) pay (per hour) increase while you're taking on way more work and I felt like they were using us."

It's even lower for Workers aged 16-to-24 who have historically low Union participation rates, at just 4.4% in 2020 according to the Bureau of Labor Statistics (BLS), since many start out in temporary service or retail jobs where Unions have little sway.

Yet, some 77% of young adults support Unions, according to a September Gallup Poll - but that doesn't mean they will choose to organize.

Across multiple industries, however - particularly the media and service sectors - interest in the labor Movement is gaining traction among the economy's newest and youngest Workers.

Gen Z, born between 1996 and the mid-2000s, came of age through Black Lives Matter, the Coronavirus Pandemic and the Trump Presidency.

The oldest among them remember the 2008 global financial crisis and the Great Recession, and see echoes of that era's economic instability today.

"They've seen opportunities for their generation disappear and are afraid they are going to be worse off than their parents," said Kate Bronfenbrenner, the Director of Labor Education Research and a Senior Lecturer at Cornell University's School of Industrial and Labor Relations. "They look around and see who is doing something and they see the Labor Movement."

Many of those interviewed by CNN Business say they want to join a movement where social causes are part of their workplace values.

To Continue Reading This Labor News Story, Go To: www.cnn.com/2021/11/21/economy/gen-z-young-workers-union/index.html