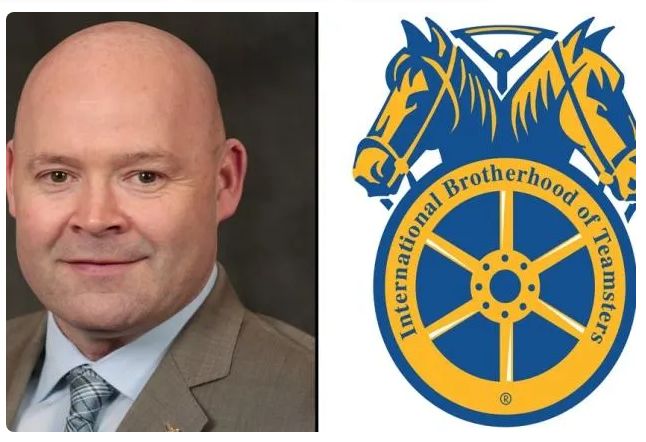 The head of a Boston Local of the International Brotherhood of Teamsters has been elected the Union’s President, making him one of the most influential Labor Leaders in the Nation.

The President of Boston Local 25, Sean O’Brien will now head the Union’s nearly 1.4 million Members for the next five years.

He will assume the Union Presidency in March.

He has been a critic of James Hoffa, his predecessor and son of former Teamsters Leader Jimmy Hoffa, who led the Union since 1998 and opted to not seek re-election.

O’Brien and his Teamsters United running mates ran on a platform of reform, promising to negotiate better contracts and he has stood up to employers, including UPS, and began a drive to recruit Amazon Workers.

In 2007, O’Brien became the youngest President of Local 25, which represents more than 12,000 Members in Greater Boston.

His father, grandfather and great-grandfather were all Truck Drivers and Members of Local 25, and O’Brien attended UMass Boston for one semester before joining Local 25 as well in 1991.

He was re-elected President five times, and in those 15 years, Local 25’s Membership increased by 30%.

The Teamsters was founded in 1903 to represent Professional Drivers.

Today, the Union now represents organized Workers in both the Public and Private Sectors, and has nearly 1,900 Teamster affiliates throughout the U.S. and Canada.

O’Brien told The New York Times success in organizing Amazon Workers - a stated goal of the Teamsters - would require the Union to show the fruits of its efforts elsewhere.

“We’ve got to negotiate the strongest contracts possible so that we can take it to Workers at Amazon and point to it and say this is the benefit you get of being in a Union,” he said.

O’Brien, The Times added, did not elaborate on his own plans for organizing Amazon, saying he wanted to solicit more input from Teamsters Locals, but suggested that they would include bringing political and economic pressure to bear on the company in cities and towns around the country.

To Directly Access This Labor News Story, Go To: www.bostonherald.com/2021/11/19/bostons-sean-obrien-is-new-teamsters-national-boss/