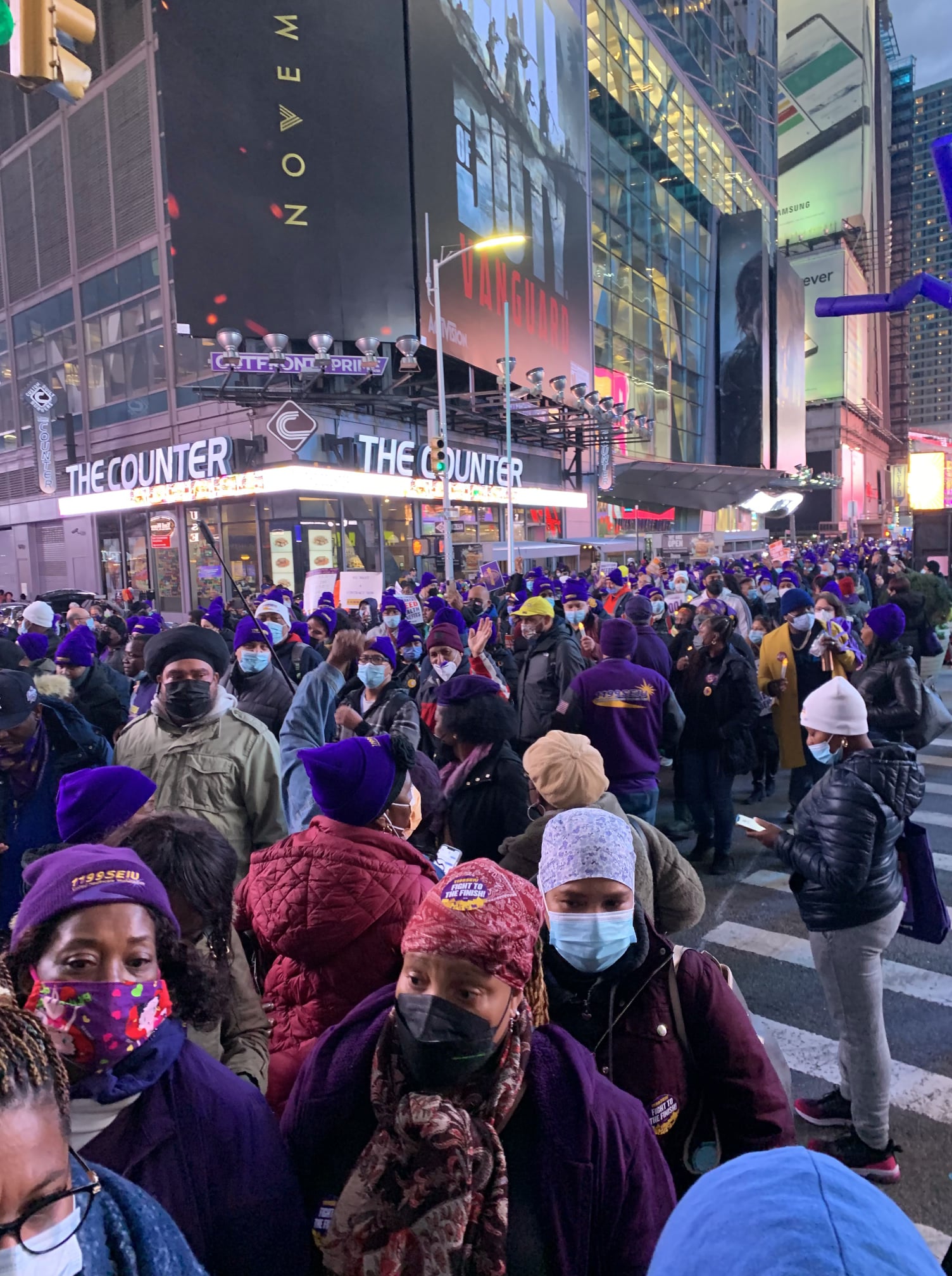 They assembled at 42nd Street and Broadway and marched to their headquarters at 498 Seventh Ave in Midtown where they held a candlelight vigil.

The Workers hope the added spotlight will be the spark they need to secure a new deal.

The nursing homes are spread out across the Tri-State, from the tip of Long Island to Putnam and Orange County.

There are approximately 225 for-profit nursing homes, with 33,000 Workers involved.

Union Leaders say they are often short-staffed, did not have proper resources and are left to watch many nursing home residents die.

"Every morning we'd go to work we would have a lot of residents die we'd have to wrap them up and take them down stairs find place to store them," Nursing Home Worker Janet Campbell said.

The Workers are also frustrated with how they’ve been treated after being hailed as heroes during the Coronavirus Pandemic.

"We've been working hard even through the pandemic and management does not recognize us, so we are here today showing management that we are strong, we are united and we deserve more and we're just asking for this contract because we need our benefits and health care," Nursing Home Worker Judith Wallace said.

New York Governor Kathy Hochul, Attorney General Leticia James and Public Advocate Jumaane Williams all made an appearance at the rally and spoke out on behalf of the Workers.

"All you're asking for in return is not to be called somebody's hero but all you're saying is, 'just give me a little respect' and 'respect' means we're going to pay you what you deserve and get a contract right now.  It's that simple," Hochul said.

"Everybody can talk a good game. Put up show you the money," Williams said.

"You are the heroes of this fight.  Hard-working people of 1199 and you're fighting for what is right," James said.

"We're taking a stand to let the nursing home employers know that they can't spend the last year and a half calling us heroes and denying us of a well-earned contract. #NursingHomeHeroes,” 1199 SEIU posted on its Social Network Facebook Page.

And at the Cayuga Nursing & Rehabilitation Center in Ithaca, 1199 SEIU-represented Caregivers were holding a Strike vote, Union Officials added.