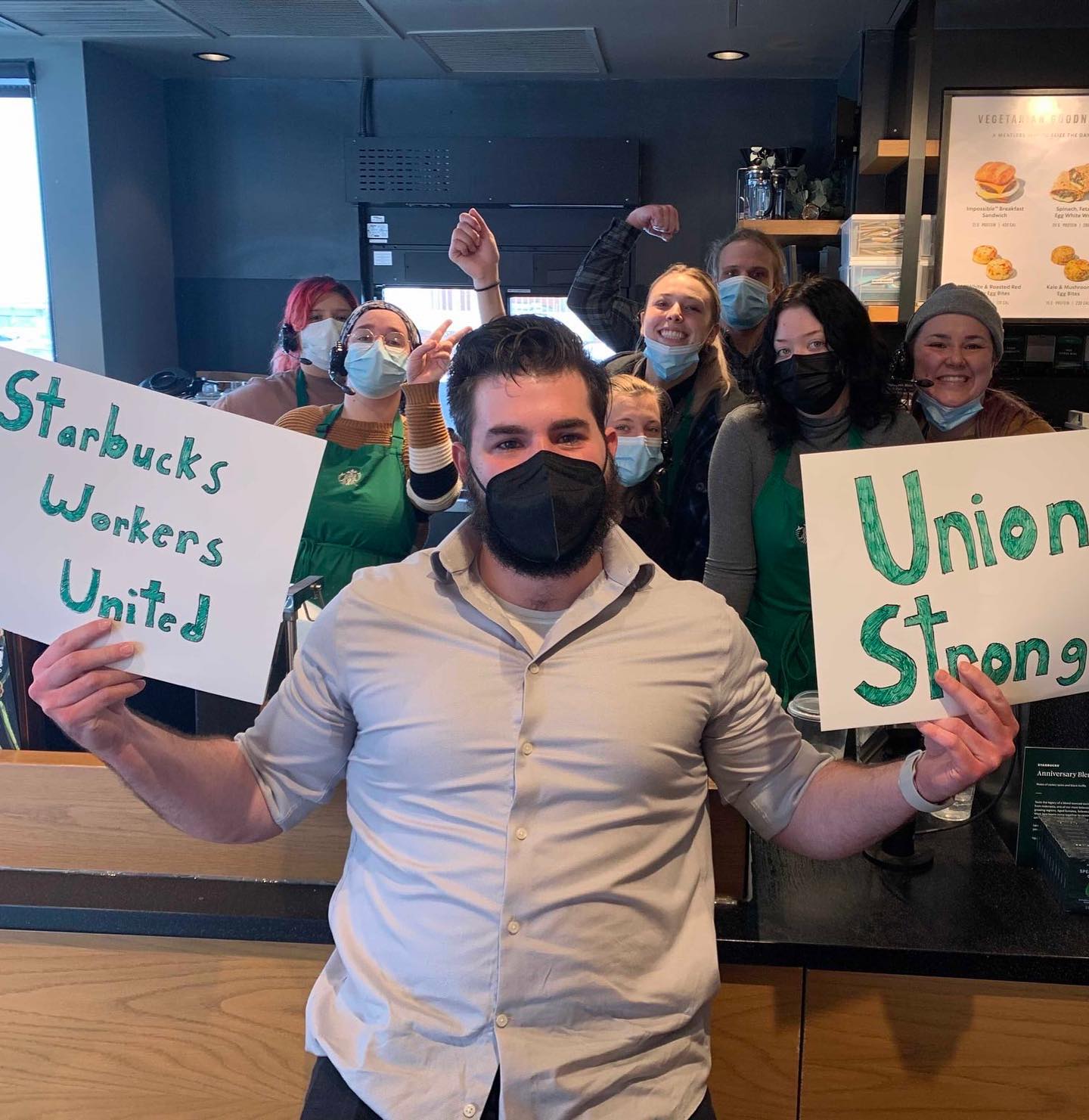 (NEW YORK CITY) – New York Attorney General Letitia James has released the following statement in support of Starbucks Employees in Buffalo and their efforts to Unionize:

“I fully support Starbucks Employees in Buffalo for bravely exercising their fundamental right to Unionize.  They are courageously standing up to a multi-billion-dollar company to demand better pay and protections.  But they aren’t just fighting for the fair treatment they deserve - their advocacy and determination will strengthen Workers’ Rights and improve workplace conditions for Workers right here in New York and across the country.  Any effort to intimidate these Workers will not be tolerated and I strongly urge Starbucks to allow this process to proceed without interference.  We will always stand firmly with our Workers and fight for their rights.”

Attorney General James has consistently fought for Workers’ Rights and stood in solidarity with Workers to demand fairer pay and stronger protections.

Last month, Attorney General James stood shoulder to shoulder with Members of Communications Workers of America (CWA) District 1 in Buffalo and demanded fair treatment for the Workers in their fight for a fair contract with Catholic Health System.

In August, Attorney General James, as a part of a coalition of 17 Attorneys General, called on the U.S. Senate to protect hard-working Americans by passing the Protecting the Right to Organize Act of 2021 (PRO Act).

The PRO Act provides protections for Workers trying to organize by strengthening and modernizing key parts of the National Labor Relations Act (NLRA), which enshrines the fundamental rights to organize, Unionize and bargain collectively.

In July, Attorney General James secured $590,000 for over 1,000 Airline Workers subjected to minimum wage violations from the Airline Service Company Eulen America (Eulen) for failing to reimburse employees more than half a million dollars for the laundering costs of their required uniforms that was unlawfully deducted from their paychecks.

In June, Attorney General James recovered over $90,000 in restitution for Albany Nurses subjected to illegal fines by the Albany Med Health System.