UAW & John Deere Reportedly Reach Third Tentative Contract Agreement Amid Continuing Strike - Workers Will Vote Wednesday On The Deal, Which Is Said To Include âModest Modificationsâ Over The Most Previously-Rejected Offer 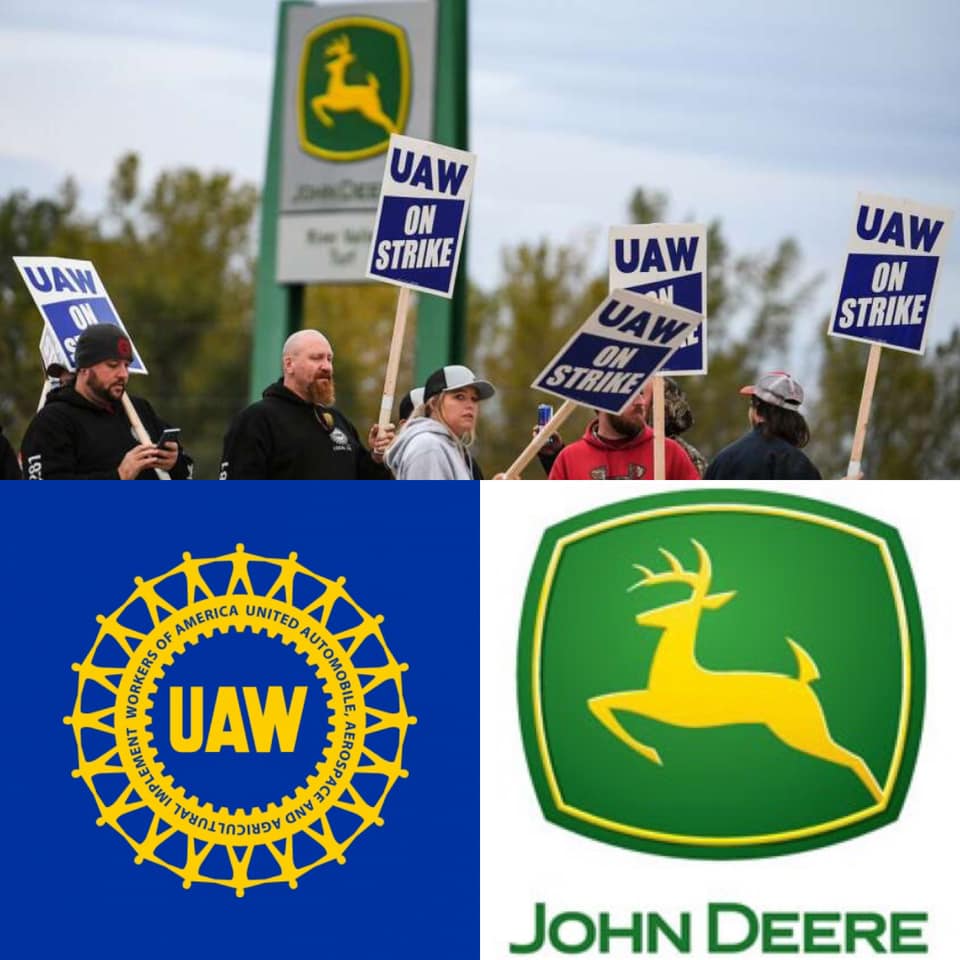 After UAW Members in Iowa, Illinois and Kansas voted down two previous agreements over the last month, representatives for the company and the Union met again Thursday and Friday of last week.

About 10,100 UAW Members have been on Strike since October 14th, including some 7,000 Iowa Workers in Ankeny, Davenport, Dubuque, Ottumwa and Waterloo.

According to a UAW news release, the two sides reached an agreement that includes "modest modifications" over the most recent rejected contract offer.

Union Members will vote on the contract Wednesday (November 17th).

"The UAW will present the company's offer for ratification and, as has been the case throughout the bargaining process, will support the outcome," UAW spokesperson Brian Rothenberg said.

Deere Spokesperson Jennifer Hartmann declined comment, but she previously told The Des Moines Register the company would not increase its offer above the one members rejected on November 2nd.

About 90% of UAW Members rejected the first contract proposal on October 10th, saying its offer of 5% to 6% raises were inadequate in a period when Deere was posting record profits.

The second contract offer would have raised wages by 10%, boosted retirement benefits and preserved the pension program that the company previously proposed to eliminate for new Workers - 55% of UAW Members rejected that contract, continuing the Strike.

The UAW did not specify what Deere meant when it said the third contract is the company's "last, best and final offer."

Managers often uses that language when declaring that they are at an impasse with Unions.

If the company declares an impasse, Labor Lawyers say, Deere can offer the contract to any Worker willing to cross the picket line, but the UAW could challenge Deere's declaration before the National Labor Relations Board (NLRB), kicking off a potentially long, contentious court battle that could force the two sides back to the bargaining table.

To Continue Reading This Labor News Report, Go To: www.desmoinesregister.com/story/money/business/2021/11/12/john-deere-strike-uaw-reach-third-potential-contract-agreement/8594811002/