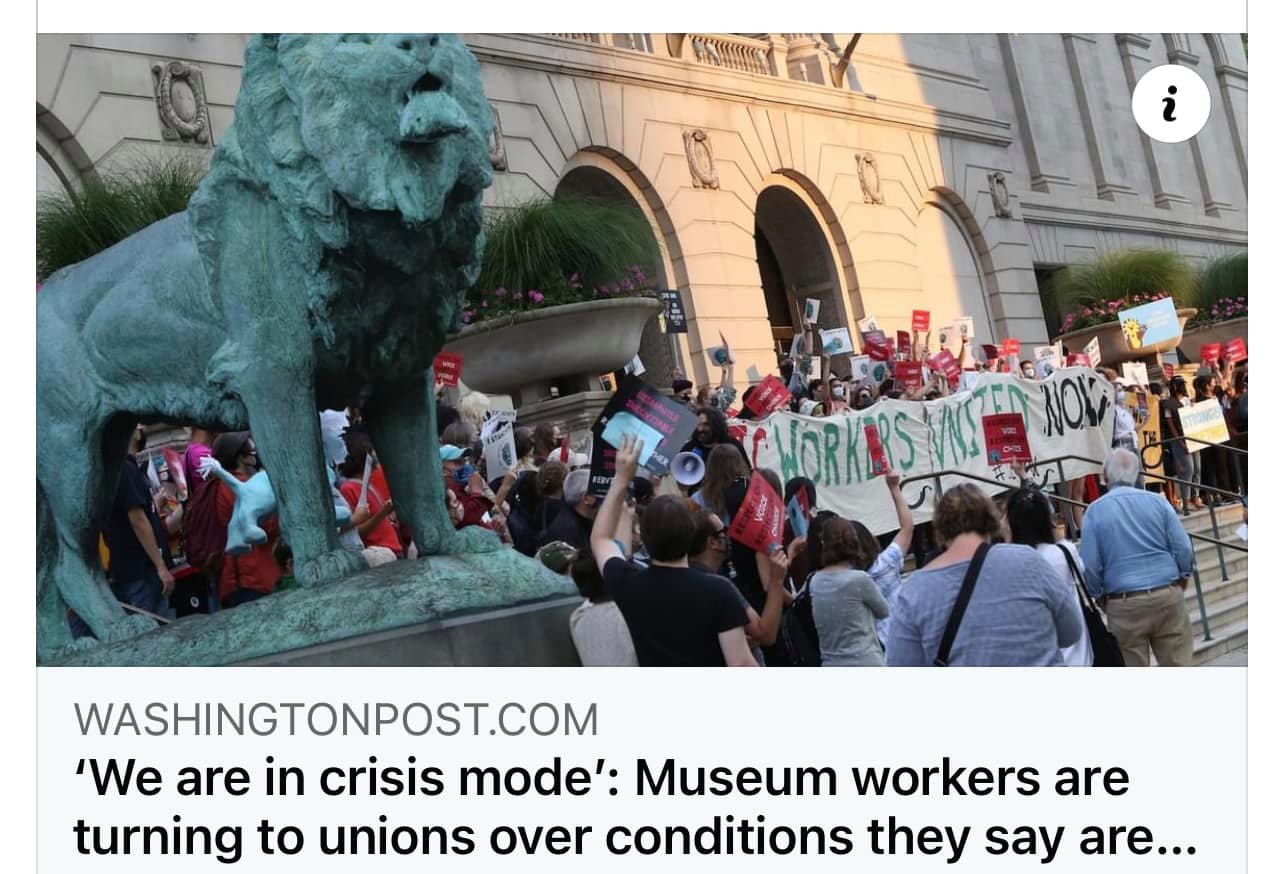 (CHICAGO, ILLINOIS) - Artists are usually the ones associated with suffering for their art, but these days, the pain applies to Industry Workers too.

Art museums nationwide are undergoing a wave of Unionization efforts to confront conditions that Workers - from Archivists and Curators to those selling T-shirts - say are untenable: minimal wage increases; draining resources; lack of transparency from top administrators; and mass layoffs and furloughs resulting from the Coronavirus Pandemic.

“We are in crisis mode,” said Eala O’Se, one of the majority of workers at the Art Institute of Chicago and its school who signed cards in September announcing a new Union associated with the American Federation of State, County and Municipal Employees (AFSCME).

The Workers held a rally in front of the museum the day of the announcement.

And just recently, Employees of the museum and the School of the Art Institute filed representation petitions with the National Labor Relations Board (NLRB) in Chicago.

The filing will trigger an election in the coming weeks in which Employees can vote to officially form their Union - Art Institute of Chicago Workers United.

“When the pandemic began, it became very clear the priority was nowhere near about protecting Staff and giving us a living wage to survive,” O’Se added.

According to the Union Membership and Coverage Database, which tracks Labor activity, about 13% of museums were Unionized in 2020, the highest level since 2013.

Most Museum Employees at a single institution work in the cafe or gift shop, on the Maintenance Staff, at the front desk or as Administrative Aides or in support roles.

Advocates say they, too, often receive low wages and face declining resources and harsh disciplinary action because of a long-standing belief that arts jobs are prestigious and rare - and that having one is a luxury, no matter the cost.

The Employees who are most likely to “sacrifice more” under those conditions are recent college graduates eager to break into arts administration or who are hungry to make connections because they are artists themselves, said Alan Salzenstein, the Director of the Performing Arts Management Program at DePaul University in Chicago.

“These are the Workers who often balance the realities of paying their rent with their career choice.  That’s a sad commentary for many arts organizations,” he said.