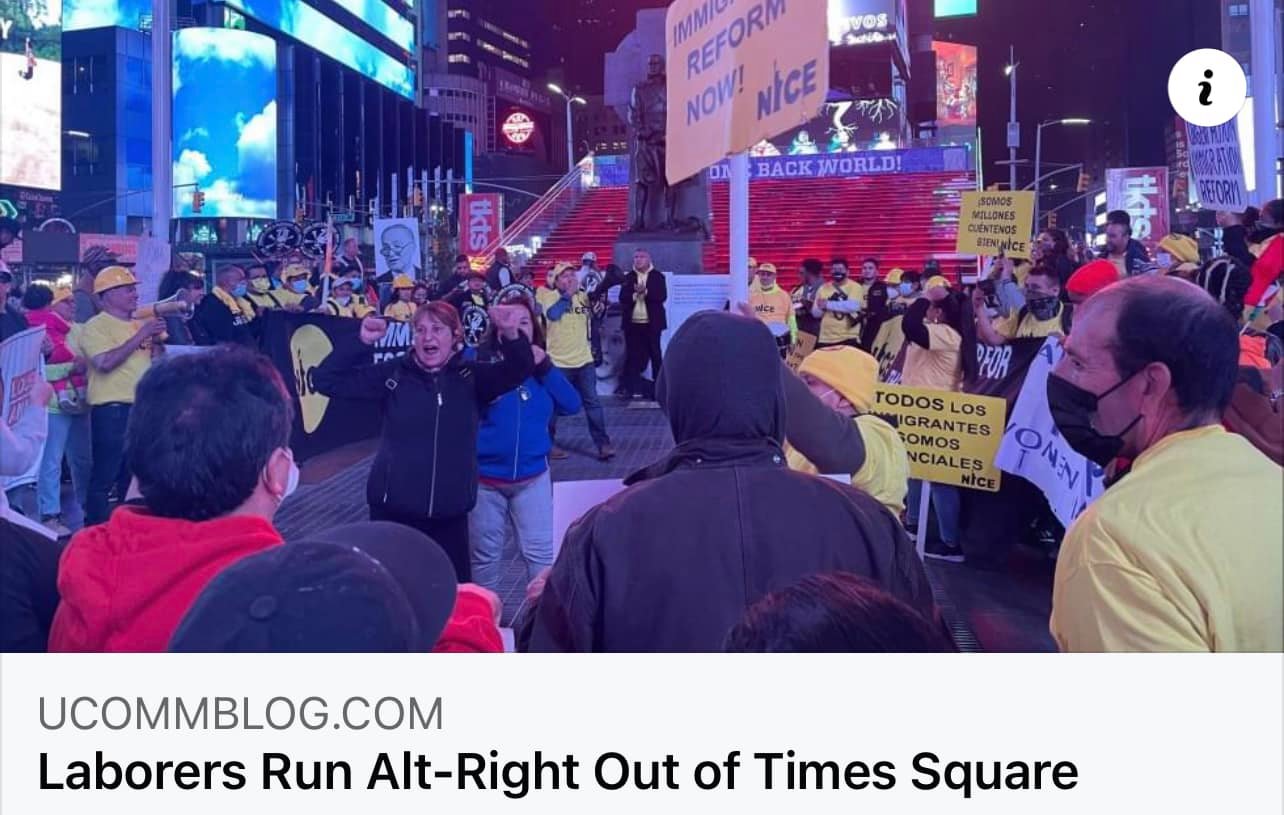 (NEW YORK CITY) – Members of Laborers Local 79 had seen and had enough.

Earlier this week, Immigrant Rights Advocates held a rally in Times Square, which was part of their 11-day protest for a Bill to pass through Congress to help Undocumented Immigrants.

In addition to the Immigrant Rights Supporters, Alt-Right Provocateurs showed up intending to disrupt the protest.

Yet, instead of being met by a group of Undocumented Immigrants, the Alt-Right group was met by a team of New York Building and Construction Trade Members - many of whom were from Laborers 79.

According to Latino Rebels, the Alt-Right group was looking to capture the faces of undocumented people at the rally so they could put it on Social Media.

They then ask their followers to dox the participants by identifying them and calling ICE.

“They were there to agitate,” said Christina Culpepper, the President of the Women’s Committee of Local 79 in an interview with Latino Rebels. “But Unionists, who are not a separate community from Immigrants, weren’t going to back down.”

While the Union Members confronted the instigators, diverting their attention away from doxing the participants, the rally and subsequent march was able to continue as planned.

The Union Members then began moving the instigators away from the rally yelling at them to get back on the subway.

“They showed up to intimidate the undocumented people present,” said another Unionist who witnessed the confrontation. “But we were prepared to take it to another level if that’s how it went down.  We sent their racist asses back on the L train.”

To Directly Access This Labor News Story, Go To: https://ucommblog.com/section/community/laborers-run-alt-right-out-times-square