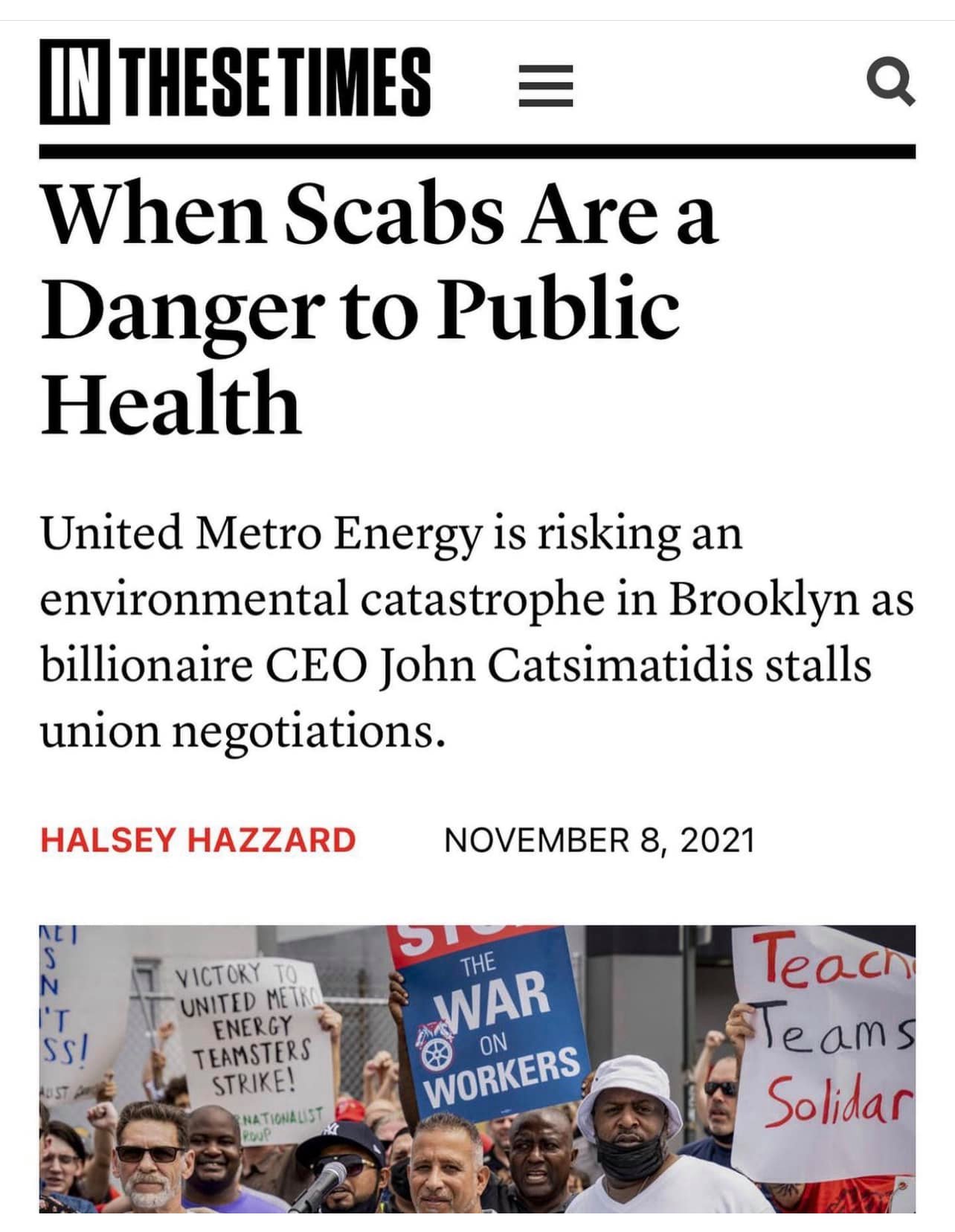 (NEW YORK CITY) -A dozen striking Oil Workers recently rallied in front of the United Metro Energy (UMEC) terminal in Brooklyn, fighting one of the largest suppliers of heating oil and motor fuels in New York.  Their Strike began months prior, on April 19th, and after Workers spent one of the hottest Summers in decades on the picket line, the rally provided a much-needed morale boost.

The Workers were joined by dozens of supporters, including fellow Teamsters and some perhaps unexpected allies - four of New York City’s Elected Democratic Socialists, all of whom campaigned for the drastic reduction of fossil fuel use.

Led by long-time Environmental Activist and New York State Assembly Member Emily Gallagher, the politicians spoke out about both the oil Workers’ struggle for better conditions and the environmental effects of petroleum.

â“This is more than a workplace issue,” Gallagher said to cheers. â“This is a human rights issue. All of New York City and the surrounding area will be impacted, and is impacted, by these Skilled Workers being held back from their own quality of life and their own safety.”

Praised as â“Essential Workers” throughout the COVID-19 Pandemic for keeping the heat on in much of New York City, there’s no telling when (or if) they will return to work.

The Workers unionized in February 2019, joining Teamsters Local 553, and spent the next two years fighting for a contract to bring their pay in line with the rest of the (majority Union) industry, create a grievance system and join the Union’s Healthcare Plan.

When the Strike began, Terminal Operator and Strike Captain Andre Soleyn received notice he had been “permanently replaced,” which he says is a sign he’s â“on the right track.”

Still, Soleyn worries how he will keep supporting his three daughters.

To date, seven others have received similar notices and Union Members say that UMEC has threatened to replace the rest of the Strikers.

The terminal is currently operated by eight people who, Union Members argue, are not qualified to handle the â“six-and-a-half-million gallons of flammable, explosive product.”

The consequences could be deadly to Workers and devastating to the local environment.

Greenpoint, the North Brooklyn neighborhood where the UMEC terminal is located, is no stranger to environmental catastrophe.

To Continue Reading This Labor News Report, Go To: https://inthesetimes.com/article/united-metro-energy-labor-politics-unions