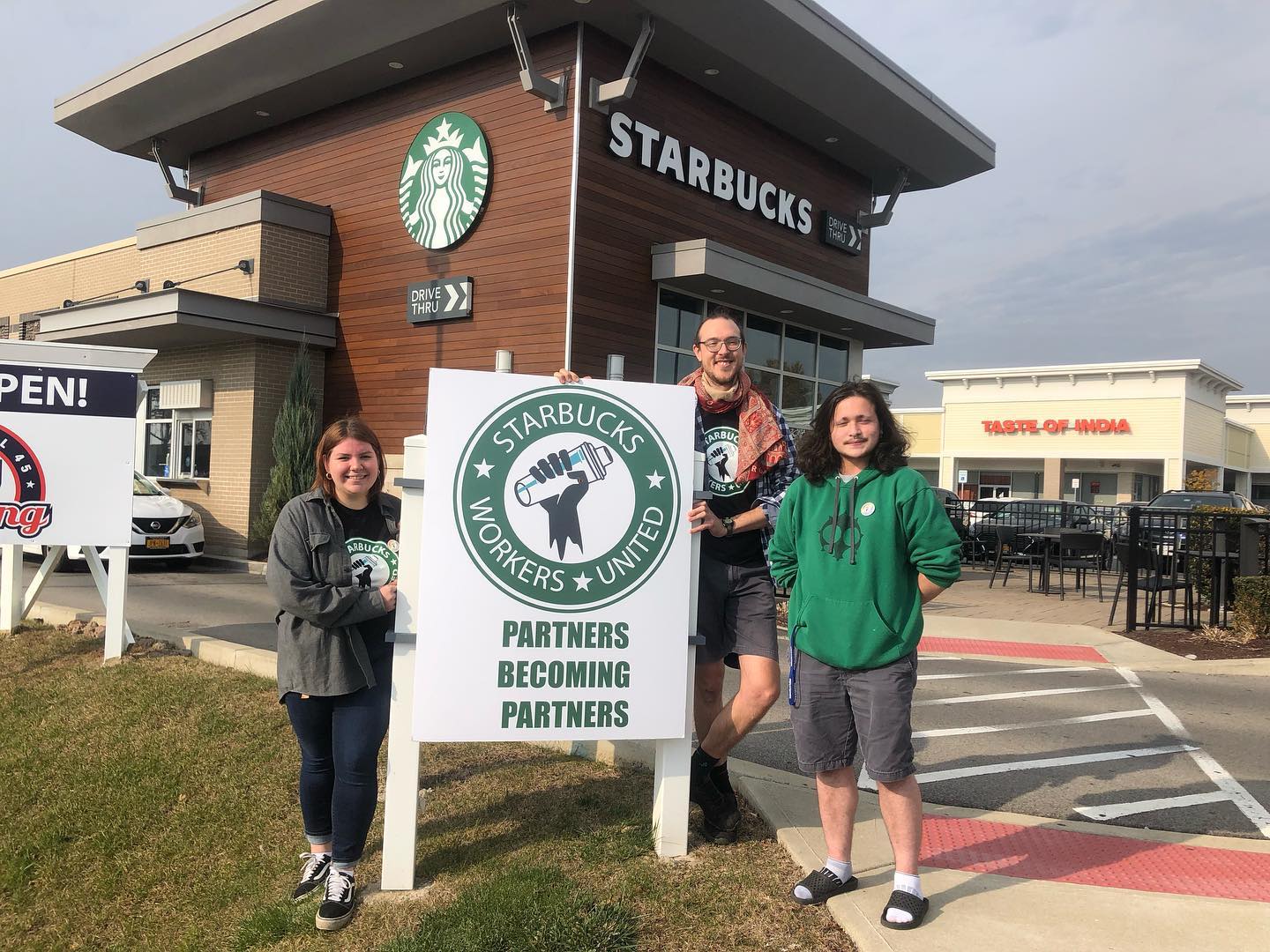 (BUFFALO, NEW YORK) - The Union organizing at Starbucks’ Buffalo-area stores is petitioning the National Labor Relations Board (NLRB) to hold votes at three more locations - in addition to the trio whose Employees are already slated to be mailed ballots.

“In spite of an intense Anti-Union campaign, Workers are stepping up very courageously to say we want a voice as well,” an Organizer for the Union Workers United, Richard Bensinger, said in an interview Tuesday (November 9th).

An Acting Regional Director of the NLRB ruled last month that store-by-store elections should be held at three locations the Union petitioned for, boosting Organizers’ chance of creating the first Union Foothold among the company’s thousands of corporate-run U.S. stores.

The Workers are scheduled to be mailed ballots today (Wednesday, November 10th).

On Monday (November 8th), Starbucks filed a motion asking the NLRB to halt the planned elections, reiterating its argument that any vote should include all 20 of its stores in the region, with the Union only prevailing if it won a majority of votes from the larger group.

“Today’s announcement that Partners in three additional Buffalo stores are filing to vote underscores our position that Partners throughout the market should have a voice in this important decision,” Starbucks spokesperson Reggie Borges said in an e-mail Tuesday. “We remain focused on creating the best Starbucks Experience for all our partners as well as maintaining open, transparent, and direct conversations.”

Starbucks Partners held a news conference in Buffalo to address the latest developments (Pictured Above/Photo Courtesy of SBWorkersUnited Via Facebook).

In its Monday filings, Starbucks wrote the October 28th ruling, allowing three store-by-store votes, is contrary to U.S. Labor Law and would result in “disenfranchisement” by denying Employees throughout the region the chance “to vote together on this important issue of Union Representation.”

LaRue Heutmaker, a Pro-Union Employee at one of the three stores scheduled to start voting this week, said in a text message company officials “have done their best to stall since the beginning.”

After its initial August petitions for elections at three locations, the Union had filed and withdrawn petitions for two others, including one of the restaurants in Tuesday’s filings.

The group said that it withdrew those filings at the time because it was informed by the NLRB that they would have caused a delay in scheduling votes at the initial three stores.