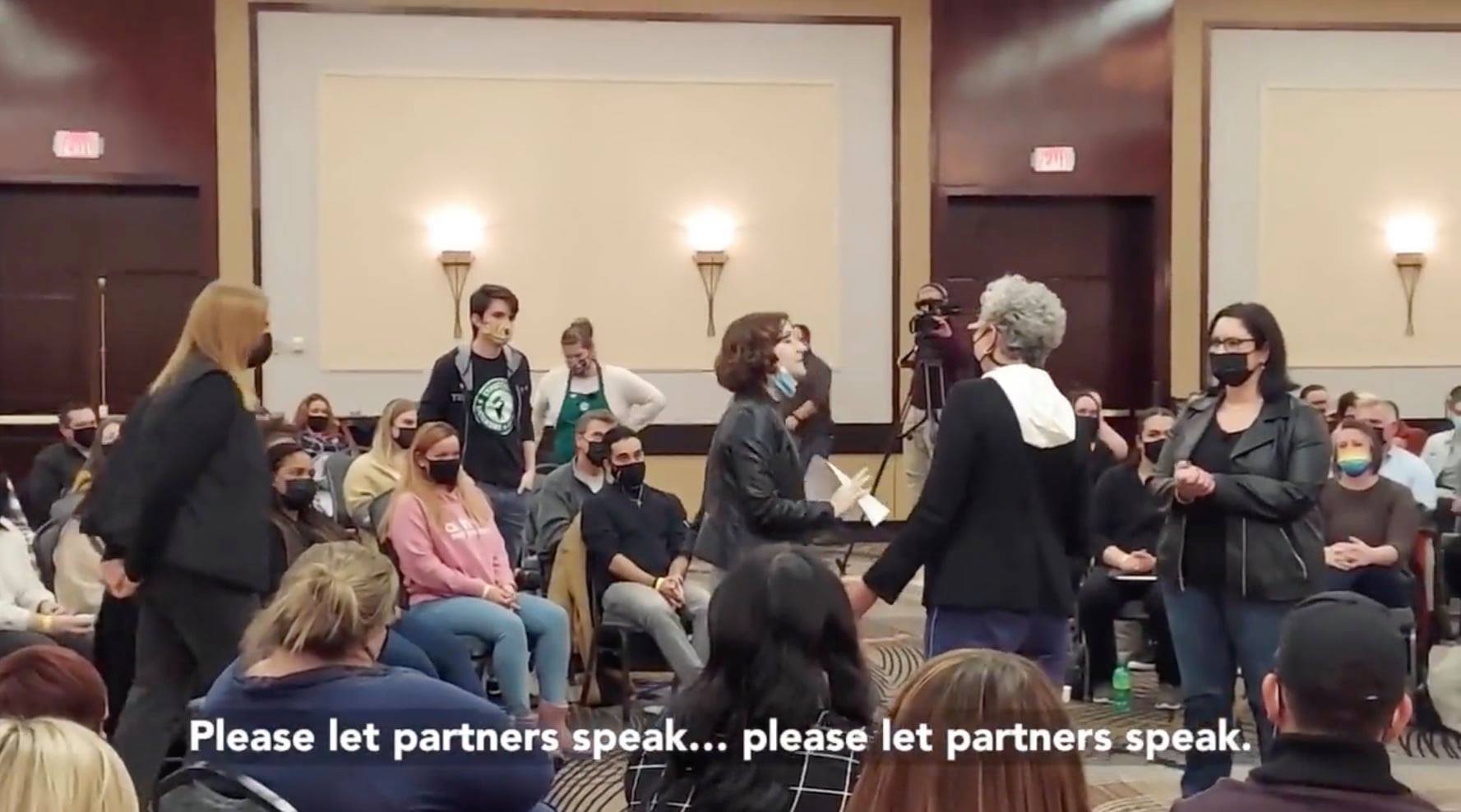 (BUFFALO, NEW YORK) - U.S. Workers have authorized strikes in a wide swath of industries and quit jobs in record number, but could soon pull off an even more audacious coup: Winning a unionization vote at one of the country’s signature Non-Union firms, Starbucks.

On Wednesday (November 10th), the National Labor Relations Board (NLRB) will mail ballots to Employees at three Starbucks Corporation coffee shops in and around Buffalo, New York - who will vote over the next four weeks on whether to establish the first-ever Unionized locations among the chain’s thousands of corporate-run U.S. stores.

The elections involve only around 100 Employees, but a vote to Unionize would be among the embattled U.S. Labor Movement’s highest-profile organizing victories in years, creating a foothold at an iconic global brand.

It would also extend U.S. Workers’ recent momentum into a new arena - the company’s ubiquitous coffee shops, visited by millions of Americans each day, where past organizing efforts have repeatedly fizzled.

“It’s a much bigger deal than the number of people would suggest,” said former NLRB Chair and Union Attorney Wilma Liebman, given how a Union victory at Starbucks would create new inroads in the broader restaurant industry.

“Winning is contagious, and it could spread like wildfire,” Liebman said.

Baristas at several Buffalo-area Starbucks say they’ve been talking casually with a Union Organizer over the past couple years, but more-serious conversations began in earnest this Summer after Workers were exposed to new pressures and risks by the Coronavirus Pandemic and then emboldened by a tightening labor market.

After a swift series of confidential conversations, including at rival coffee shops, Employees in August publicly announced their campaign to join Workers United, an affiliate of the Service Employees International Union (SEIU).

Employees say they love the company, but want to secure a say to address issues like schedules that sometimes provide inadequate hours and wages that don’t sufficiently reward longer-serving staff, as well as security to speak up when confronted with hazards like harassment from customers about masks.

“You can’t tell us that we’re Essential Workers and then also tell us that we shouldn’t have a voice or equal say,” said Jaz Brisack, an Activist Barista who before getting hired last year at Starbucks was employed by Workers United as an Organizer on a successful Unionization Campaign at another Buffalo-area coffee chain, SPoT Coffee.

Some Pro-Union Employees say they hope the Seattle-based company will eventually come to see how collective bargaining could advance the company’s mission too.

On Saturday (November 6th), Starbucks closed its Buffalo-area stores early and paid employees to attend a gathering with its former CEO Howard Schultz, the billionaire who is its Chairman Emeritus and largest individual shareholder.

Schultz told employees Starbucks had already built “a different kind of company” and that no outsiders had successfully “pressured us, maneuvered us, threatened us to do anything other than what we felt in our heart and our conscience we needed to do and should do for the people who wear the green apron.”

In a letter to Employees published on Starbucks’ website in conjunction with his visit, Schultz said he was “saddened and concerned” to hear that any employee would think they need to have “a representative seek to obtain things we all have as partners at Starbucks.”

Still, Schultz (pictured above/SBWorkersUnited Photo -  www.facebook.com/sbworkersunited/videos/187396266887997) was escorted away after the speech when Gianna Reeve, a Pro-Union Employee at one of the stores slated to vote, asked him if he would support principles proposed by the Union to restrict Union-Busting, she said.