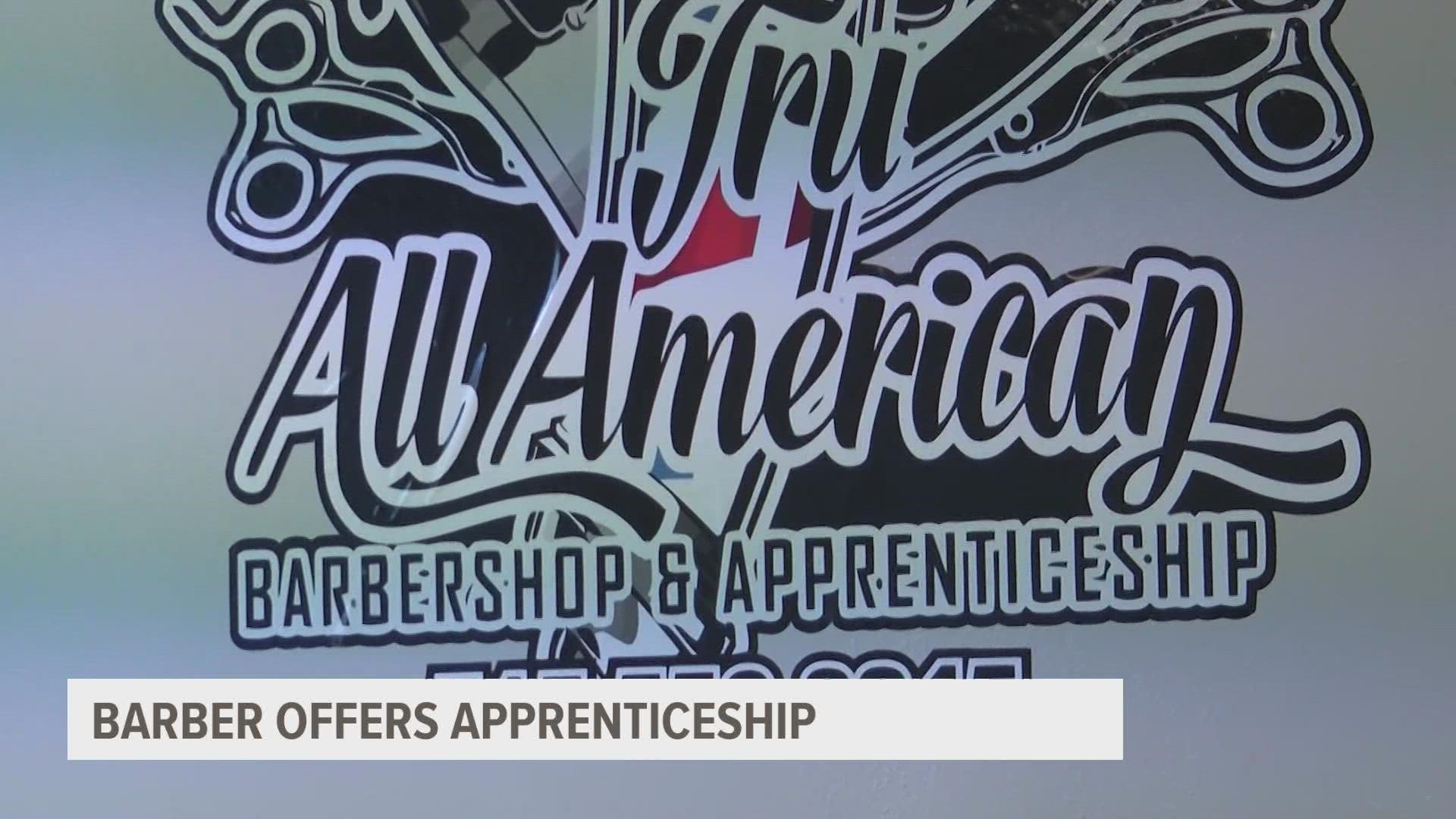 Smith recently opened Tru All American Barbershop & Apprenticeship after one of the city's barber schools closed.

He wanted to give back to the community and get others interested in the job.

"Pretty much it was a void that needed to be filled," Smith said.

The Apprenticeship is a year-long program.

There is a fee to attend, but Smith said he will work with those enrolled on the financing - and while training as Barbers, Apprentices will get paid.

Smith will also work with the Iowa Department of Corrections to help people recently released from prison learn the trade.

That idea came from his own experience going to prison and seeing how picking up clippers helped him stay out after he was released.

So far the shop has 10 students, including Samantha Hernandez, who said she joined the program after seeing an advertisement on Facebook.

She's wanted to become a Barber since high school because she's seen how a good haircut can turn someone's day around: "I love giving people that feeling, you know feeling good and it also gives me the (same) feeling because I know I was part of that."

Smith said he plans on keeping haircuts relatively cheap because he wants people to be able to afford to look their best.

He's even offering free haircuts to people from the Bethel Mission Men's Shelter community who can't afford them.

To Directly Access This Apprenticeship And Training Labor News Story, Go To: www.weareiowa.com/article/news/local/barber-hoping-to-help-the-community-through-apprenticeship-program-teono-smith-tru-all-american-barbershop/524-2bd355d9-23d1-411a-9e58-6e92dd561661