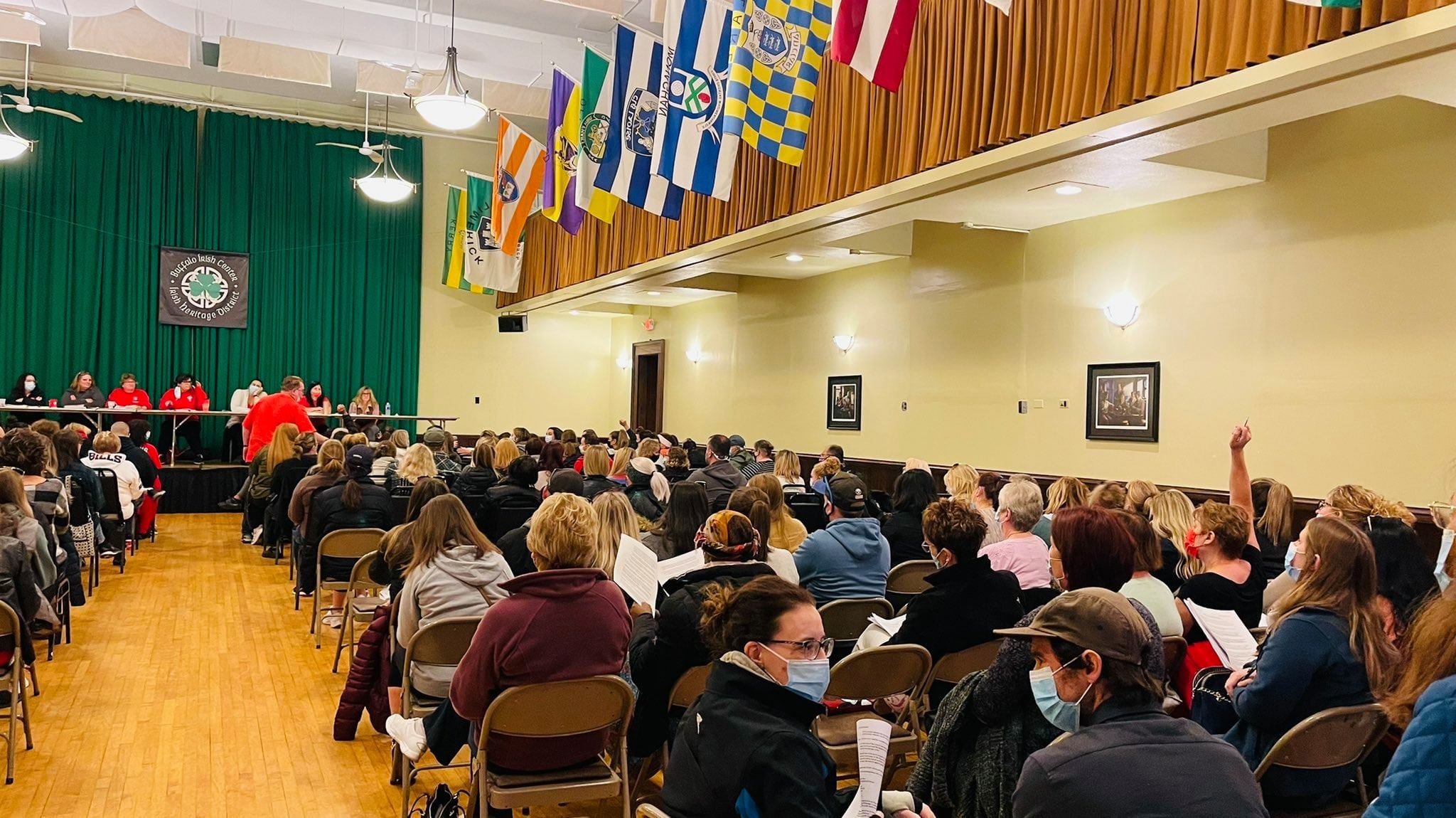 The Workers at Mercy Hospital will begin returning to work on Wednesday.

CWA District 1 Area Director Debora Hayes said: “The agreement we’ve reached with Catholic Health, now overwhelmingly ratified by our Members, is going to allow Catholic Health to attract and retain the Staff they need, provide the good wages and benefits our Health Care Heroes deserve and usher in a new level of care and safety for patients.  Thanks to the steadfast determination and sacrifices of our Members over the past five weeks, these Catholic Health Hospitals are now the first in New York, and some of the only across the country that will guarantee Safe Staffing Levels.  This is a tremendous victory not only for our Members, but for the patients, their families and the community - who can be assured they will receive the highest quality care.  We have set a new standard and we applaud Catholic Health for working diligently with us to get there.  With this contract, we’re on the road to compliance.  We’ve negotiated the Safe Staffing Ratios so they are already in place and enforceable.  The Union will work diligently with Catholic Health over the next year to recruit Staff so that the ratios will be met.”

The Safe Staffing Ratios the CWA secured with Catholic Health are the first written into a Union contract in the country outside California, currently the only state requiring minimum Nurse-to-Patient Ratios, and will set a precedent for hospitals across New York and beyond.

The industry-leading ratios mirror those outlined in Federal Safe Staffing Legislation introduced by U.S. Senator Sherrod Brown in May.

Effective on January 1st, 2022 - Clinical Staffing Committees must be formed in hospitals across New York, and ratios must be negotiated by members of those committees by July 1st, 2022.

CWA Mercy Hospital Workers were pleased with the results.

Jennifer Williams, a Charge Nurse at Mercy Hospital, said: “Going on Strike was the hardest thing I’ve ever done, but my Co-Workers and I did it because we owed it to our patients.  We knew that if we stuck together in our Union Family, it was possible to win a contract that treats both Health Care Heroes and our patients fairly.  We stood strong in our demands because we knew we were standing up for our patients and the kind of care they deserve from us, and we know it was the right thing to do because throughout this entire Strike, we have seen nothing but steadfast support from our patients, community, elected officials and Union Brothers and Sisters across the state and country.  I want to thank everyone who joined us on the picket line and supported us in a myriad of other ways.”

CWA District One Area Director Hayes and the CWA Bargaining Team will be joined by Catholic Health Workers on Tuesday (November 9th) at 12 noon for a news conference to be held to discuss more details about the unprecedented contract and what it could mean for other hospitals across New York.