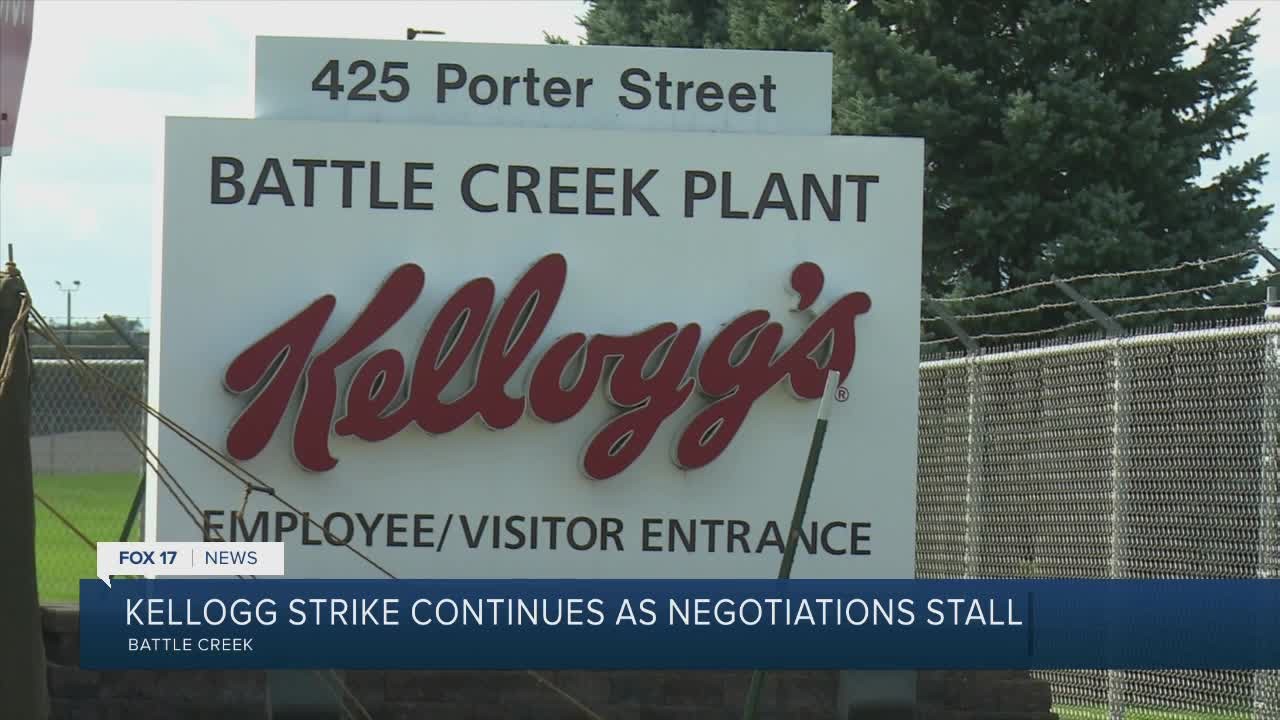 As many as 325 Workers have been out picketing at the Battle Creek plant for 31 days.

Kellogg's Workers at other plants in Nebraska, Tennessee and Pennsylvania are also on Strike.

"We’re just out here trying to get as much attention out here as we can," said Kellogg Company Machine Operator and Part-Time Crew Leader Mike Cramutolo, who’s worked at Kellogg's for 10 years. "I love this job.  I have actually got to know the people here on Strike more and I’m actually feeling a lot closer to them than I have when I was inside."

They are fighting to block a system that would prevent some Employees from receiving full benefits and earning a pension.

As they head into week five, the Strike is getting more real.

"It’s a financial hardship, but my family has been preparing for this," Cramutolo said.

Union Workers said this Strike has been a long time coming.

Negotiations ended just before 5:20 p.m. Wednesday (November 3rd) after the company provided their “last best and final offer,” which did not achieve “a pathway to fully vetted workers without takeaways,” the Union Negotiating Committee said.

Because the committee wasn’t satisfied with the company’s proposal, BCTGM Members will not be able to vote on it.

The Union released the following statement:

We met for the last time today.

We again agreed to negotiate later than our usual end time in hopes we could get something we can recommend.

Negotiations ended at 5:19 p.m. after the company gave us their last best and final offer.

That offer did not achieve what we were asking, a pathway to fully vetted workers without takeaways.

The company said they would get off their two-tier and get to a pathway, but they could not find a fully benefitted way to achieve this.

With this issue, we were unable to address the other items that are still on the table.

We cannot recommend this offer and will not bring it back for the Membership to vote on.

We agreed that we will not have concessions and that is all their last offer was.

We will continue this fight for as long as it takes!

Continue to hold the line and stand strong.

Union Members said they will continue to Strike until a deal is reached.

To Read This Labor News In Its Entirety, Go To: www.fox17online.com/news/local-news/kzoo-bc/calhoun/kelloggs-workers-continue-strike-after-rejecting-companys-latest-offer